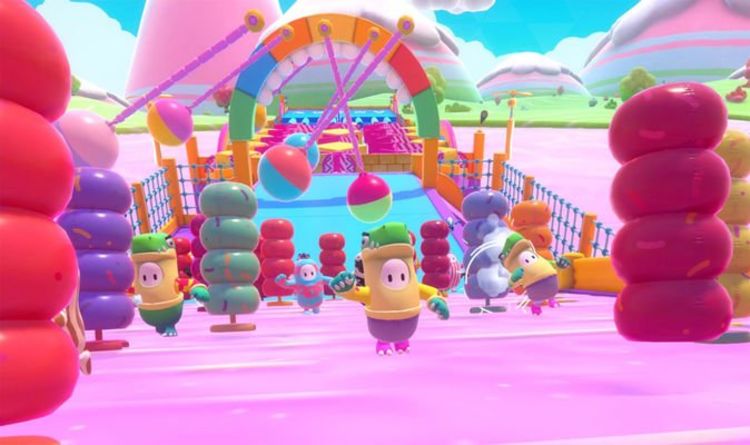 Fall Guys Ultimate Knockout is currently only available on to play on PS4 and Steam, meaning that there are a ton of players who have yet to experience being pushed off disappearing platforms and into purple goo.

It simple yet addictive gameplay has helped it become one of the most played games on Steam, we expect there are plenty downloading it for free via PS Plus.

And with Fall Guys proving such a hit, it makes sense that gamers on other consoles and platforms want to join in on the fun.

For now, Fall Guys is not on Nintendo Switch or Xbox One, and there has been no mention of a Google Stadia launch either.

The good news is that the development team haven’t ruled out porting the game to other platforms.

And even better, data miners believe they have found some encouraging clues that will make a Nintendo Switch release of Fall Guys: Ultimate Knockout an easy future endeavour.

And while it doesn’t mean a Fall Guys Switch port is on its way, it will be encouraging for those hoping an update in the coming months.

A message from the OatmealDome explains: “Interestingly, Fall Guys has the “NintendoSDKPlugin.dll” file in its game files on Steam.

“This means that the Fall Guys Unity project has support for the Nintendo Switch’s SDK (not necessarily that it *will* come to Switch). It’s also been there since the first version.

“You can only compile Unity games for the Switch if you are licensed by Nintendo and have installed the provided SDK.

“That being said, Mediatonic could’ve just activated Switch support by accident. NintendoSDK and its associated Unity plugin is only for developing Switch games. Nintendo doesn’t provide any official SDK for the Pro Controller on PC.”

For now, there are no official plans to bring Fall Guys to Nintendo Switch or Xbox One.

The latest update on the subject was shared via the game’s Twitter account, which has been dutifully answering fans questions over recent weeks.

The latest statement regarding Fall Guys coming to Nintendo Switch and Xbox One reads:

“Getting lots of questions about platforms – We’ve answered in a few places but once more for everyone:

It won’t be long before gamers get to try out Nintendo’s next big Animal Crossing update on Switch consoles. The development team behind the...
Read more
Gaming