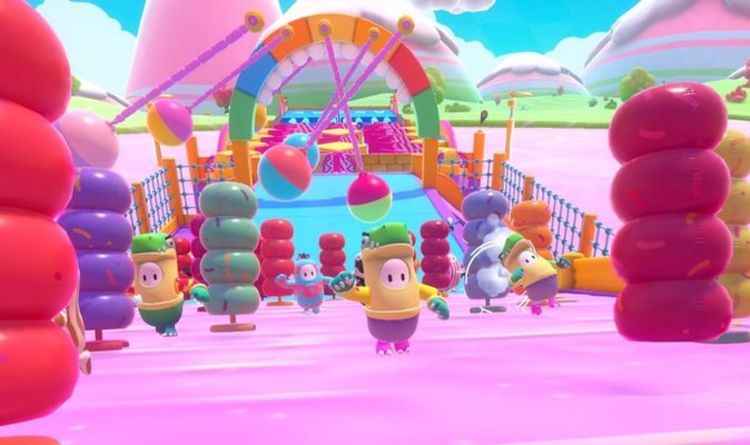 Fall Guys has been given a big new update on PlayStation 4 and PC.

As the name of the update suggests, the new download adds anti-cheating measures to PC.

According to the patch notes, the development team has also introduce more variety within games, including new obstacles and round variations with existing classics.

“Familiar favourites will have to be tackled in all new ways, with the addition of dozens of obstacles, dizzyingly random rotations and of course, plenty of tumbling fruit,” reads a developer post.

“And what’s more, players will have no idea when these changes will occur — no bean’s dignity shall be spared!”

The developer also teases the release of a new and rather aggresive obstacle coming to the game soon.

“And another thing… There have been plenty of rumblings across the community about a certain large and rather aggressive hammer obstacle, rumoured to be bringing future physics wildness to Fall Guys.

“Well, we can’t be sharing all the details just yet but let us just say — their name is Big Yeetus and they’re a-coming!”

• [PC] Our new anti-cheating system for PC is now in!

• Objects in certain rounds will now have dynamic variations from one playthrough to the next, including new objects entirely. We plan to expand this system in the future to more rounds.

• Improved stability when progressing from one round to another, there should be less disconnections in the qualification screen and round loading now.

• Lowered Min Player Counts for some levels to increase round variety

After previously saying it would not require crunch.Cyberpunk 2077 developer CD Projekt Red has told employees it will require them to work six-day weeks until...
Read more