Fallout 4 and Skyrim: How does voice localisation work for such EPIC games 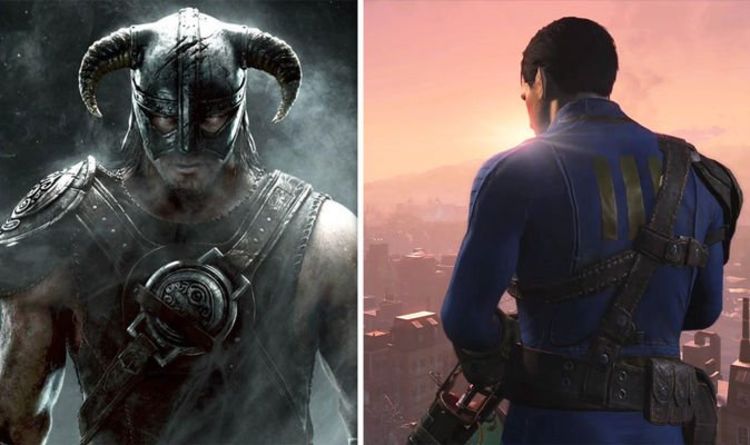 Remember when video game voice acting was hilariously bad? Think back to games like Resident Evil and House of the Dead, when fully voiced games were still in their infancy, and translations weren’t exactly a high priority.

My how things have changed.

Huge role-playing games and open-world action games not only feature more lines than a Hollywood script, but they also attract some pretty major Hollywood talent.

But what happens when your blockbuster video game is releasing worldwide? This is where companies like Synthesis come in.

Founded in 2012, Synthesis is video game localisation company based in Germany. The company translates video game texts and produces voice recordings primarily in German, although other languages are also supported.

Synthesis has worked on blockbuster games such as Fallout 4, Dishonored, The Witcher 3: Wild Hunt and The Elder Scrolls 5: Skyrim.

According to Synthesis Head of Translation Jan Werkmeister, the amount of work that goes into localising these kind of games for different markets is staggering.

“Video game localisation often happens inside of plain Excel sheets and the assets can be highly fragmented, so one is prone to producing deteriorated quality compared to the original.

“Our proprietary macros help us by not only organising (like the master script) but also directly affect quality before, during and after the recordings.”

According to Werkmeister, the company uses an incredibly complex casting tool to hire the right actor for the role, a specialised dialogue tool to prevent wonky delivery, a real-time pronunciation tool – especially handy for fantasy games – and even a character illustration tool similar to the ones used by animation studios.

“One of the most challenging projects was the second big fella project we had to tackle since Skyrim. It was the next big RPG from Bethesda Game Studio: Fallout 4,” Werkmeister continues.

“Yet again, the expectations of the community were extremely high – the same as with Skyrim.

“You feel this kind of pressure during production – will the players like our casting choices? Will we match the style they expect from a game like this? Will we be able to avoid challenges that might affect reviews and reception of the game?

“With Fallout 4 it was not only sheer size (111,000 lines of dialogue, 13,000 for the main character alone, 111 voice actors, a total word count that is above one million words), but mainly the tight timeframe in which the localisation had to be produced.

“Actors were spread across several German cities. We had seven studios recording in parallel. Since Skyrim, we had worked hard on improving our workflows to handle increased volume and also we had invented some script tools that allowed us to maintain quality.

“These improvements – and of course the outstanding efforts of our team – helped us deliver for our client. Despite being well-prepared and ready to give our best, this project demanded everything from the team.”

So there you have it, the next time you play a fully-voiced epic, spare a thought for companies like Synthesis.

ByDeveloper Hinterland's superb post-apocalyptic survival game The Long Dark - which sees players prowling its snowy wilderness with nothing but a stash of rapidly...
Read more
Gaming

ByCrash Bandicoot 4 is back with the first original entry in the popular franchise for more than a decade. Bursting on to the gaming scene...
Read more
Gaming

PS5 box lets you know how to transfer data from your PS4, is huge

ByWith the next generation of consoles under a month away, the various products set to be sold are popping up across the world.Last night...
Read more
Gaming

The Brotherhood of Steel marches into Fallout 76 this December

ByThe Brotherhood of Steel marches into Fallout 76 in December, Bethesda has announced.The famous Fallout faction hits the game as part of the Steel...
Read more