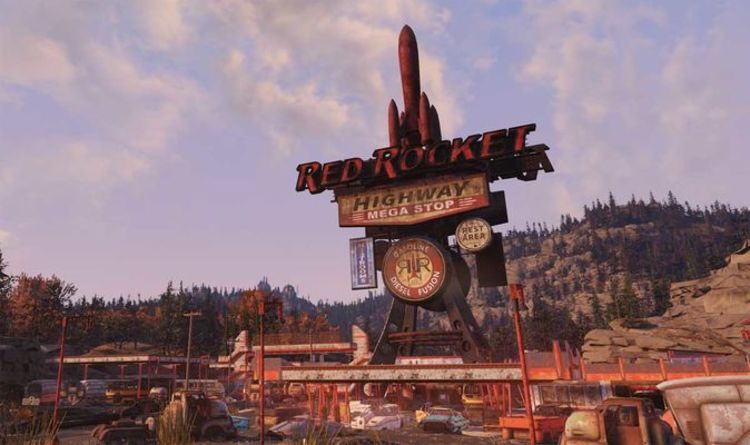 Gamers in April will finally see the launch of the much delayed Fallout 76 Wastelanders update, which looks to revamp the game in big ways. Gone will be the days of an empty Appalachia and Fallout 76 will soon see the map enveloped by familiar factions. These big changes will mean a couple of things for gamers, including a new Fallout 76 patch to download, and the potential loss of base locations.

“Wastelanders will bring new faces, quests, enemies, items and much more to Fallout 76. Along with all of this come some locations in Appalachia where you could previously build your C.A.M.P. that will now occupy the same space as new content,” a message from Bethesda confirms.

“If your residence is in one of these areas when you log into Wastelanders, you will be notified that it can no longer be placed. You will also be offered a free C.A.M.P. move, which we hope will help you find a new home for your home.

“We’ve marked the new “no-C.A.M.P.” zones on the map below. Some zones may be a bit larger or smaller than their highlights on the map, so if your C.A.M.P. is currently near of one of them you may want to consider moving prior to patch day.”

WHAT IS THE FALLOUT 76 WASTELANDERS RELEASE TIME AND MAINTENANCE SCHEDULE?

The Fallout 76 Wastelanders release date has been set for Tuesday, April 14, on PS4, Xbox One and PC.

The game will also be launching on Steam this week, which will mean some players migrating from the Bethesda platform.

When it comes to full launch details, Bethesda has confirmed that the Fallout 76 Wastelanders release time has been set for 1pm, BST.

This will mean the game being updated at around 8am, EST, if you live in the United States.

And gamers hoping to make some last-minute changes will want to make sure they have everything completed well in advance.

Bethesda has confirmed that they will be taking down Fallout 76 servers down for several hours on April 14.

This is to make way for the big update and will mean that the game will be unplayable for several hours before Fallout 76 is patched.

Downtime is scheduled to start at around 8am BST (3am EST), and is set to last for an unspecified amount of time.

ByGamers are eagerly watching which retailers will be receiving PS5 restock options this month, ahead of the holidays. For now, it appears that options will...
Read more
Gaming