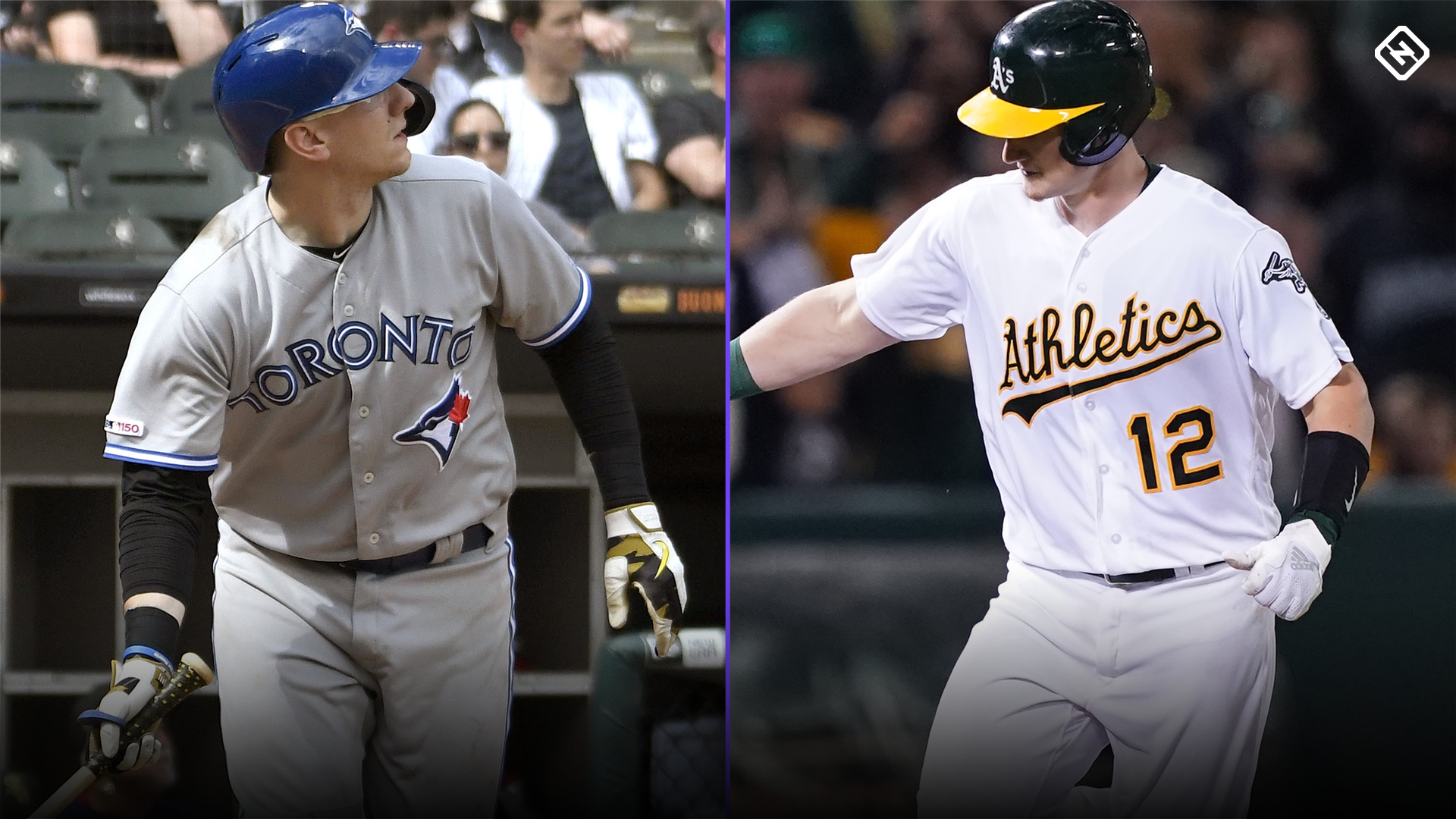 There are a variety of ways to approach most fantasy baseball positions, but with catcher, there are really only two draft strategies: Grab one of the elite catchers early or wait and try to hit on the right sleeper late. There’s no real value in overdrafting a mid-tier backstop, so trying to find this year’s late-round breakout or playing the streaming game once the season starts is the best way to maximize value during your draft.

The five backstops highlighted below are far from sure things, but there are reasons to consider all of them at various points in your draft. It’s unlikely you’ll get much in the way of average from most of them — and you certainly aren’t going to get any steals — but most of these guys can either hit homers or get on base (or both), and that’s all it takes to have value at fantasy’s thinnest position.

Sean Murphy, A’s. Murphy is everyone’s favorite sleeper this year after he hit .308/.386/.625 in Triple-A and totaled 14 HRs in 51 games between Triple-A and the majors last year. The 25-year-old backstop figures to start four or five games a week, so it’s easy to see why everyone is excited about his prospects. We’ll issue the obligatory “be careful with rookie catchers” warning, but Murphy takes enough walks and hits for enough power that he should post at least semi-decent numbers.

Francisco Mejia, Padres. Mejia finally started to make good on his top-prospect status in the second half last year, hitting .305/.355/.511 over his final 44 games. The 24-year-old switch-hitter will still compete for playing time with Austin Hedges, but he’s clearly the superior hitter and should find himself in the lineup more often than not. If the career .295/.349/.462 hitter in the minors can carry over his success from late last season, he could be this year’s biggest breakout behind the plate.

Danny Jansen, Blue Jays. Like Mejia, Jansen was a popular sleeper heading into last year’s drafts, but like most rookie backstops, he struggled, hitting .207/.279/.360. His inclusion on this list is based strictly on his pedigree (.269/.367/.410 career minor league line) and the fact he can be had for dirt cheap. It doesn’t hurt he plays in power-packed lineup in a favorable hitters park.

Dom Nunez, Rockies. Nunez struggled in his first stint in the majors last year (.179/.233/.410), but he performed well at Triple-A (.244/.362/.559) and has much more power upside than teammate Tony Wolters. If Nunez gets a chance to play regularly, he could post a decent OBP and pop some homers in the hitters paradise that is Coors Field, and that might be enough to make him playable in 12-team leagues.

staronline@reachplc.com (Kate Nelson) Biting into this finger-lickin’ golden nugget could end in a trip to the dentist as it is actually made from crystal. Its owner...
Read more