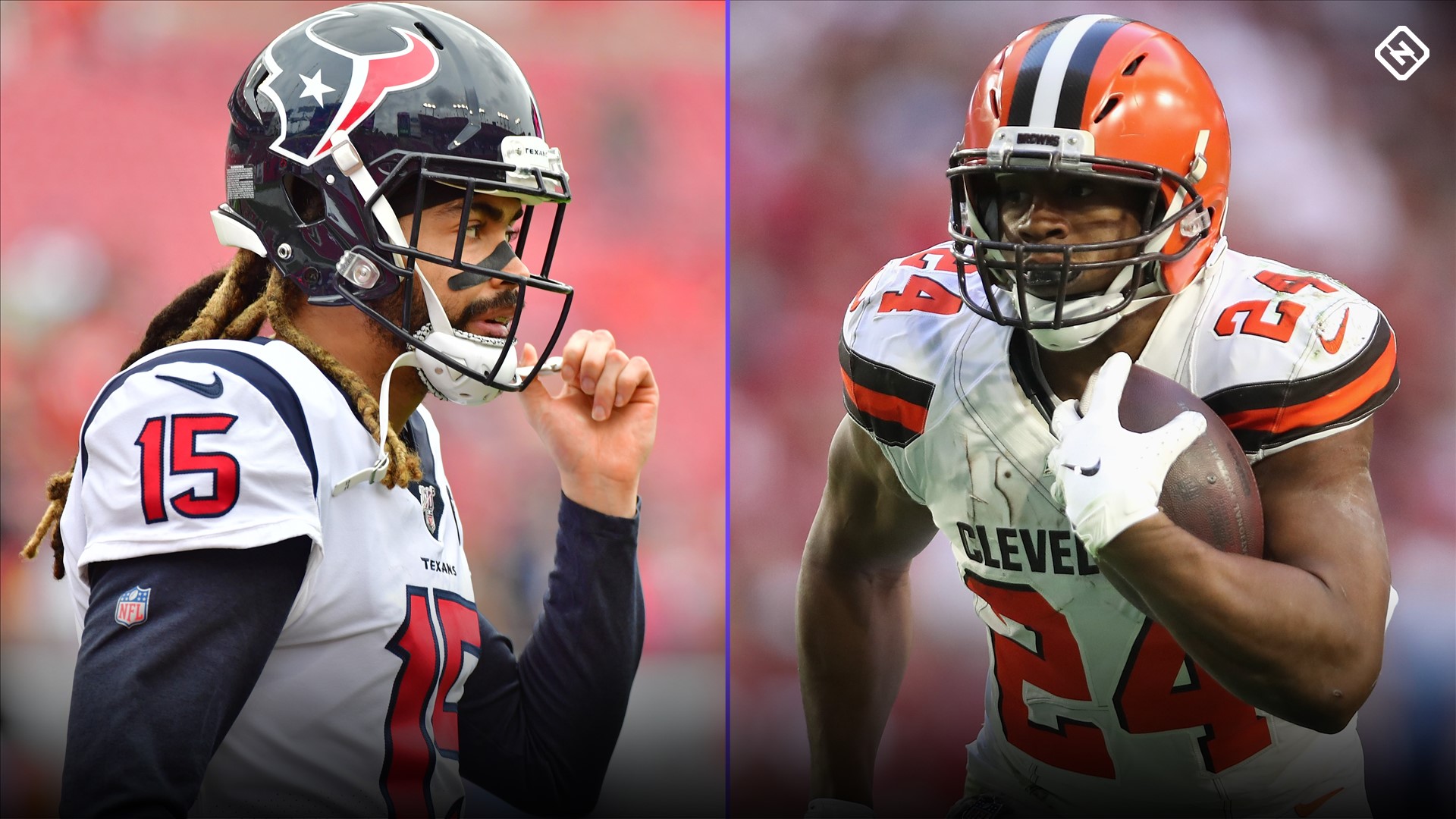 Another week has gone by and we are closer to the start of the NFL season. More importantly for fantasy football players, we are in the midst of draft season, and keeping an eye on the ADP of players can make or break a season. Who is moving up and down draft boards this week?

Remember to check the dates on the ADP data you are following. Data from the beginning of draft season can be misleading and cause you to take someone too early or miss out on them. All ADP averages are taken from the NFFC comparing the period of 5/1/20 to 8/19/20 and 8/20/20 to 8/27/20.

The Eagles were criticized by their fans when then passed on Justin Jefferson and took Jalen Reagor in the first round of the 2020 draft. Reagor has been impressive in camp and is looking to be a major target of Carson Wentz. The Eagles played the last few games of the season in 2019 with receivers that weren’t on NFL rosters for most of the year. Reagor is a major upgrade and with the glowing reports out of camp, his ADP is rising. Over the last week, his ADP is 114.32, rising from 133.56. Now a 10th round pick you have to get out your pocketbook a little earlier to fly with this Eagle.

Every year when his name pops up and it’s your turn to draft you ask yourself, “Will this be the year he stays healthy?” Will Fuller V is the perennial injury poster child. His ADP has risen from 82.47 to 71.17 with the hope of a healthy season. What’s the reason for the optimism? It can only be hope as there hasn’t been any major news out of Texans camp. The loss of DeAndre Hopkins has added to Fuller’s luster, but Brandin Cooks may have something to say about that. Fuller is an explosive player but remember that almost half of his points in 2019 came in one game. Even when he was “healthy”, he didn’t have a touchdown in any other game. Take him in the late sixth round at your own risk.

The Falcons let Austin Hooper go and acquired Hayden Hurst to replace him. Hurst has the potential to be a top-five TE this year but he may be limited due to the duo of Julio Jones and Calvin Ridley. Fantasy footballers have raised the stakes over the last week taking Hurst in the eighth round at 87.11 moving him up from an ADP of 105.6. That’s a big jump, but the expectation is for Hurst to have a big year in Atlanta. He is being taken as the sixth TE overall with an ADP similar to Evan Engram and his injury history and Tyler Higbee and the questions surrounding his breakout 2019. This is the Bermuda triangle of taking a TE. Fly through unscathed to the tropics or crash and burn.

This may be a trend we see every year, but while looking at last week’s ADP I noticed that all of the top 10 QBs had fallen. Do drafters “fall in love” with the position early in draft season? Do they realize that taking a QB early in a one-QB league can be detrimental to roster construction? Have they seen that they can get someone like Matthew Stafford, who could be a top-five QB if healthy, at the end of the 10th round?  Waiting on a QB in a one-QB league is the mantra of many “experts”. You can have a successful draft taking a Mahomes or Jackson early but you must take two running backs in the first two-to-three rounds to pull it off as the depth at WR allows you to do so. Here are some of the drops in ADP for the top ten:  Mahomes 17.03 to 20.94, Jackson 16.64 to 21.06, Murray 56.03 to 66.92, Allen 86.58 to 95.71 and Wentz 88.66 to 97.37. Everyone has their targets and sweet spots for taking a QB, but this may help you know you can wait a little longer to get your guy.

It’s not a huge drop but it’s still puzzling. Nick Chubb has had his ADP from 15 to 17.86 in the last week. I saw that someone in a high stakes NFFC league had both Alvin Kamara and Nick Chubb and I couldn’t understand how they got both. Chubb’s declining ADP is the answer as he took Chubb 21st overall. The love affair with Kareem Hunt is the most likely cause to Chubb’s fall. Chubb is one of the most talented running backs in the NFL and could potentially lead the league in rushing. It’s up to the Browns to use him enough and not succumb to the lure of Hunt’s third-down productivity. If you can get Chubb that late in the second round, you are getting round one talent at a bargain.

If you saw the video of David Montgomery injuring his groin, you’ll know why his ADP will fall in the upcoming two weeks. It’s an injury that can heal in a reported two-to-four weeks but one that is also likely to linger if he comes back too early. With the expectation of him missing at least four games and possibly more, his stock is going to fall. His ADP has slipped from 49.28 to 52.02 over the last week but this doesn’t reflect the full impact of his injury yet. I expect him to fall behind players like Raheem Mostert, Cam Akers, Mark Ingram, and Ronald Jones, all of whom were being drafted after him. If you can get Montgomery as your RB4 or later, he can possibly help you later in the season.