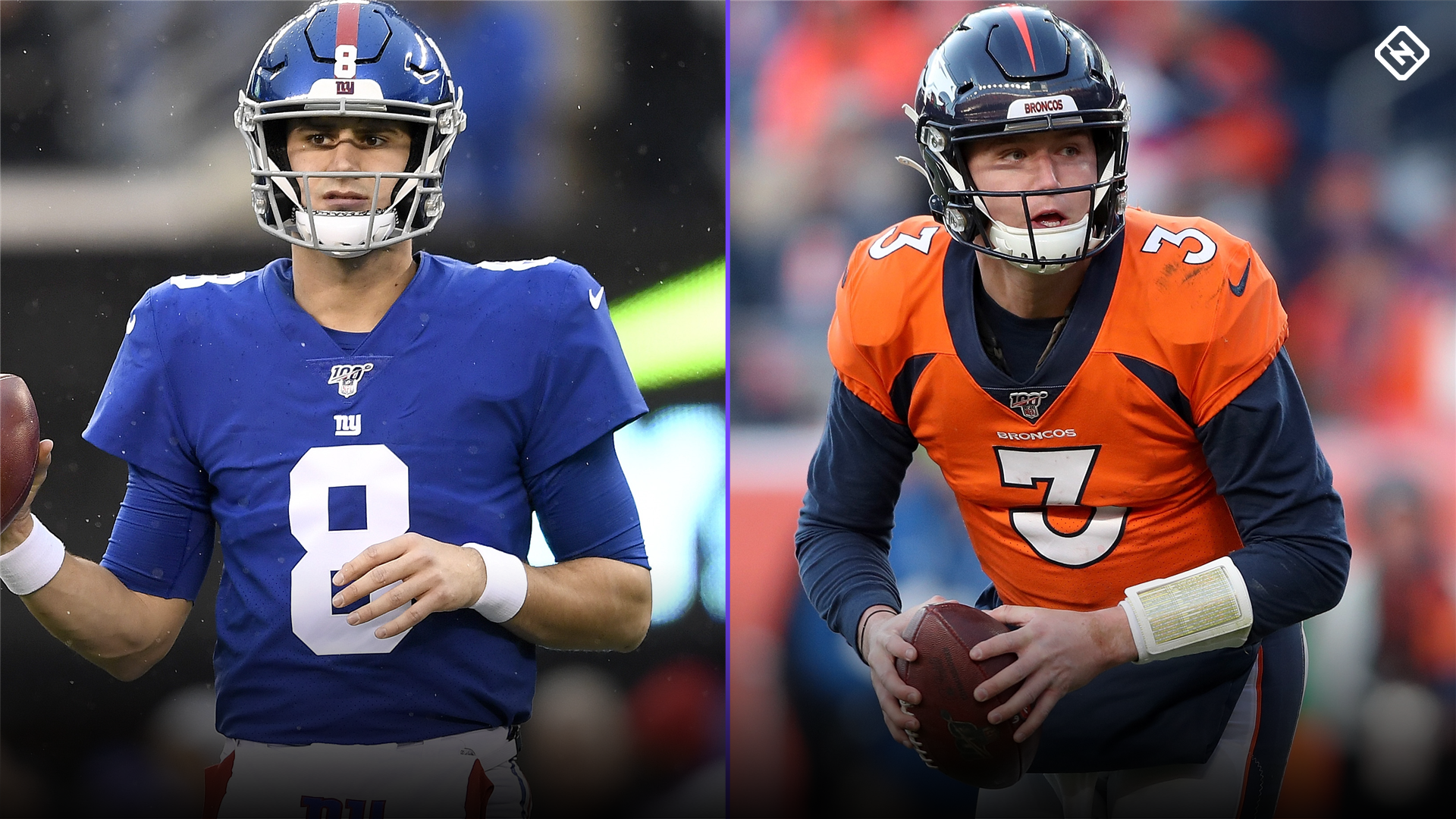 Fantasy football owners should draft a starting quarterback that can score 250 points in a single season. A total of 11 quarterbacks hit that bench-mark last season – a list that begins with Baltimore’s Lamar Jackson and ends with new Tampa Bay quarterback Tom Brady. That list will comprise a lot of the “starting” quarterbacks drafted in single-QB leagues this year, but we all know that at least a few breakout QBs will emerge and crash the party, finishing 2020 as top-10 (or even top-five) players. Spotting those sleepers in your pre-draft rankings can go a long way toward a successful season, especially in two-QB leagues.

Below, we’ll highlight six quarterbacks with that kind of potential this season. That includes two rookies, two second-year signal-callers, and two veterans who have started in the Super Bowl in the past five seasons but still have the potential to vastly outproduce their preseason average draft positions.

Jones closed last season with a pair of 300-yard games and averaged close to 25 fantasy points per game in Week 15 and Week 16 – fantasy playoff weeks that are easy to remember. Jones was a pleasant surprise as a rookie, totaling three games with four TD passes or more and rushing for at least 20 yards in seven contests. He enters his sophomore campaign with three solid wide receivers (Golden Tate, Sterling Shepard, Darius Slayton), a stud tight end (Evan Engram), and one of the best receiving backs in football (Saquon Barkley). When you throw in his rushing ability, everything is in place for Jones to have a big statistical season.

Newton has a to-do list that includes showing he can stay healthy, beating out Jarrett Stidham for the starting job, and proving he can still be a dynamic presence at quarterback for New England. Bill Belichick, however, took a calculated chance on a quarterback that adds a new dimension to the Patriots’ offense. If Newton is still a viable factor in the rushing game – where he averages 5.0 yards per carry for his career – then he could easily be a top-10 fantasy quarterback and vastly outproduce his preseason average draft position.

Burrow enjoyed one of the greatest single seasons in college football history at LSU, and that prompted the Bengals to draft the home-state hero with the No. 1 pick in the 2020 NFL Draft. The Bengals have a legit core of skill-position talent that includes Joe Mixon, A.J. Green and Tyler Boyd, and second-round rookie receiver Tee Higgins adds yet another potential game-breaker for Burrow to work with. Burrow will have growing pains – most rookie quarterbacks do – and there is a risk of overdrafting him in standard leagues, Still, the potential for a season similar to what Baker Mayfield did with Cleveland in 2018 is there.

Garoppolo, who finished with 27 TDs and 13 interceptions last season, is the highest-scoring quarterback from 2019 on this list. He did not have a bunch of monster games, posting just four with 20 or more fantasy points, but keep in mind that it was Garoppolo’s first full season as a starter. He should grow with a young receiving corps that includes Deebo Samuel, Kendrick Bourne, and Brandon Aiyuk, as well as elite tight end George Kittle. The 49ers will undoubtedly be a “running team,” but Kyle Shanahan has proven in the past that his offenses can support a stud fantasy QB, too. Garoppolo has the talent, and he could produce as a low-end QB1 or high-end backup despite not getting a lot of hype heading into drafts.

Lock took over the starting job for Denver late last season, and he averaged 13.6 fantasy points per game in those starts. He  should be able to build on that in a full offseason, and the Broncos invested in Lock’s future by signing Melvin Gordon and drafting receivers Jerry Jeudy, K.J. Hamer, and red-zone monster Albert Okwuegbunam at TE. With WR Courtland Sutton coming off a big year and TE Noah Fant showing big-play flashes, Lock has plenty of options in the passing game. There is upside here, but some early-season patience will be required.

Herbert must beat out Tyrod Taylor to be a factor in anything outside of dynasty leagues in 2020. At minimum, Herbert is a late-round flier worth investing in because of the talent around him. Keenan Allen and Hunter Henry are top-10 players at their respective positions, Mike Williams can make big plays all over the field, and Austin Ekeler is an elite receiving back. That should help the rookie quarterback settle in when he is given a chance. Herbert’s efficiency as a passer – which he showed in four seasons with Oregon – will determine how quickly he cracks the starting lineup, but this could be a situation similar to Taylor keeping the seat warm for just three games before giving way to Baker Mayfield in Cleveland in 2018.

staronline@reachplc.com (Ollie Salt) Anthony Joshua insists he has no interest in entering the dating scene anytime soon because he is “married to boxing”. The unified world...
Read more