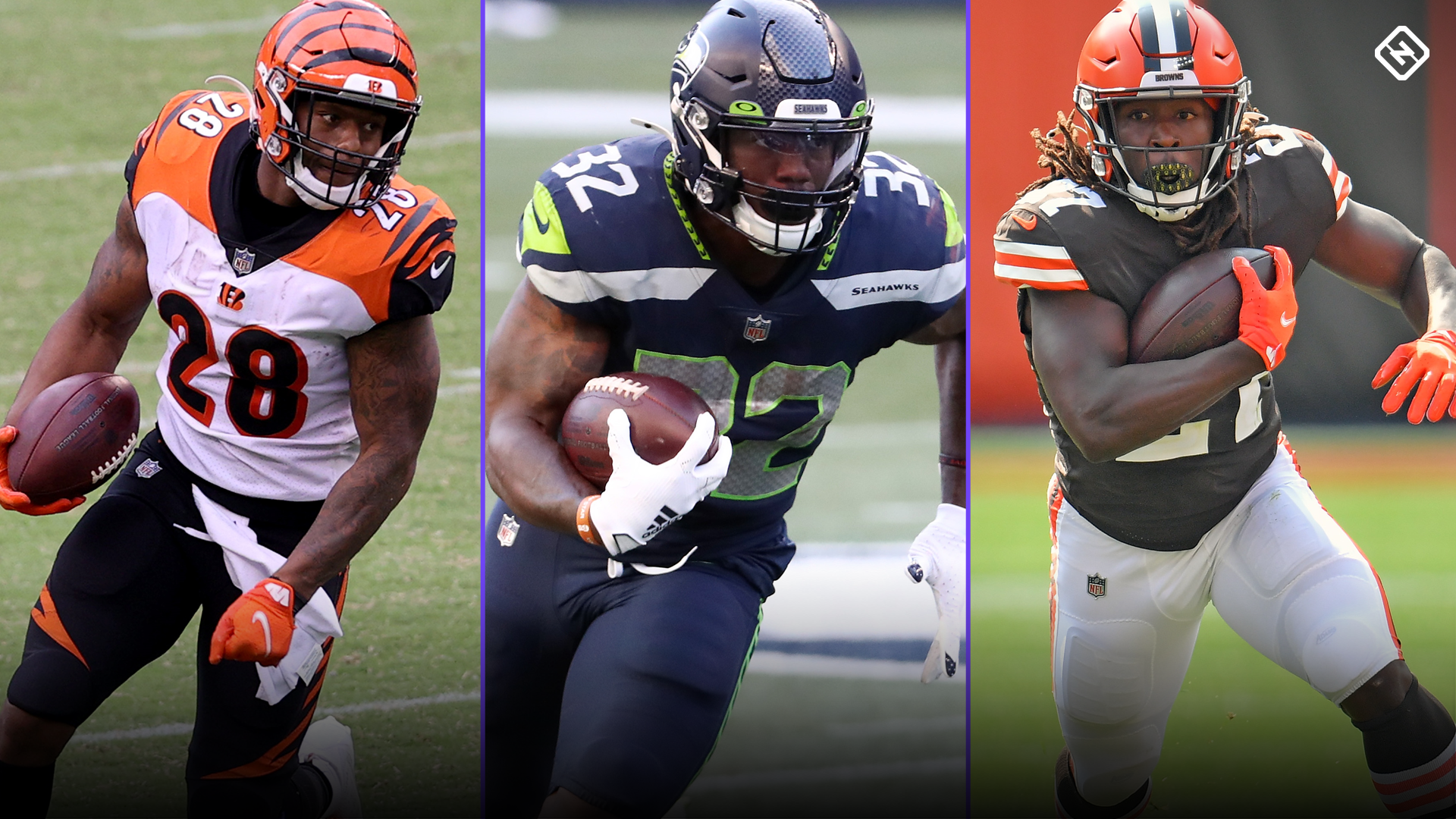 It’s already been announced that Raheem Mostert (knee), Leonard Fournette (ankle), and Cam Akers (ribs) are out for Week 4, but RBs Joe Mixon, Chris Carson, Kareem Hunt, and Zack Moss are causing fantasy start ’em, sit ’em headaches, too. All are listed as “questionable” because of various injuries, and finding updates on their active/inactive statuses will be paramount throughout the day on Sunday.

We’ll be providing the latest news below right up until game time, so check back here and on Twitter @SN_Fantasy. For updates on banged-up WRs DeAndre Hopkins, Terry McLaurin, and Christian Kirk, click here, and for Week 4 weather updates, go here.

Mixon practiced in full all week, but he was a late add to the injury report because of a chest injury. Bengals beat writer Tyler Dragon said the “belief” is that Mixon will play, but obviously fantasy owners should be ready with potential replacements if Mixon is inactive for Cincinnati’s early-afternoon game against the Jaguars.

Giovani Bernard would fill in for Mixon and see most of the Bengals’ RB touches. He’s proven in the past that he can put up RB2-caliber numbers, so he’s worth starting in this neutral-to-favorable matchup. If Mixon is active, assume he’ll see close to a full load and keep him in your lineups.

Seahawks coach Pete Carroll said Carson (knee) had an “excellent week” of practice, which would seemingly indicate that he’ll suit up on Sunday afternoon against the Dolphins.

Backup Carlos Hyde (shoulder) is also “questionable,” so there are a lot of possibilities as to what could happen here. If Carson is active, expect him to see 15-plus touches and be a solid RB1. If Carson is out and Hyde is active, fire up Hyde as an RB2. If both are out, Travis Homer and DeeJay Dallas would share backfield touches and be in play as flexes (with Homer having more value in PPR formats).

Hunt (groin) was limited in practice late in the week, though it’s been reported that his groin injury “isn’t believed to be serious.” He’s expected to try to play in Sunday’s early-afternoon game against Dallas, but nothing will be official until he tests out the injury in pre-game warmups.

If Hunt can’t go, Nick Chubb would likely see close to 25 touches and be even more involved in the receiving game. D’Ernest Johnson would operate as his backup, but it would be the Chubb show in Dallas. If Hunt is active, it’s fair to worry about him aggravating the injury and exiting early, so the extra cautious move would be to keep him on your bench. However, if a team is willing to put a player out there, it’s usually safe to start him in your fantasy lineup.

Moss (toe) returned to practice on a limited basis this week and is “questionable” for Sunday’s late-afternoon game against the Raiders.

It seems likely Moss will return this week, which makes life difficult on both his owners and owners of Devin Singletary. The Raiders have been the worst team in the NFL against RBs this year, so it’s tempting to say play both, but neither has looked particularly good, and given Moss’s ailment, it’s tough to know just how much he’ll play. At this point, both look like high-end flexes, with Moss having more value in standard leagues and Singletary having more value in PPR formats.