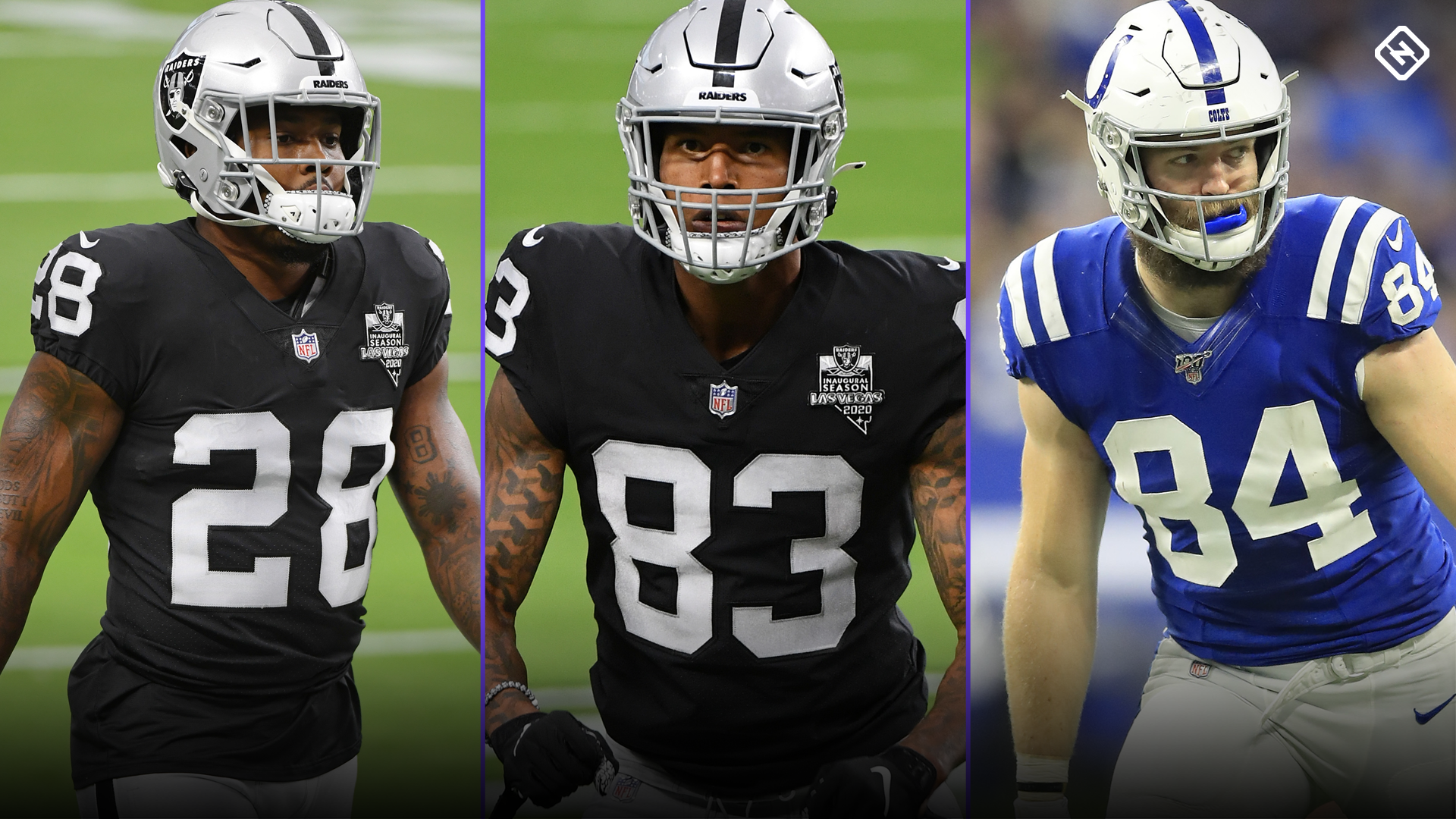 Several key RBs and TEs won’t be suiting up in Week 3, and the only bit of good news about that for fantasy owners is we know well in advance these guys will be out. Josh Jacobs, Darren Waller, and Jack Doyle are the only notable players at these positions who are “questionable” this week, and their injury statuses will certainly factor into a few start ’em, sit ’em decisions. That’s why we’ll be here with updates thoughout the day on Sunday so you know if it’s safe to start them.

For updates on banged-up WRs, including Julio Jones, Kenny Golladay, and Jerry Jeudy, click here; for the latest on Davante Adams, go here. For the Week 3 weather report, click here. For all the latest fantasy injury news and updates, check back here and on Twitter @SN_Fantasy.

Is Josh Jacobs playing in Week 3?

A sore hip kept Jacobs out of practice until Friday, but he got in a limited session before the weekend and is listed as “questionable” for Sunday afternoon’s game in New England.

Jacobs is expected to play, but if for some reason he’s a surprise scratch, Devontae Booker would handle the majority of the carries for the Raiders. He would be a low-end flex in standard leagues, while both he and Jalen Richard would have some flex appeal in PPR leagues.

Is Darren Waller playing in Week 3?

Waller (knee) didn’t practice until Friday, but despite his “questionable” designation, he’s expected to play against the Patriots.

It’s possible Waller is a bit slower because of the injury, short week, and cross-country flight, but he’s still a must-start TE1 in all formats.

Is Jack Doyle playing in Week 3?

Doyle (ankle) missed Week 2 and saw his replacement, Mo Alie-Cox, catch five passes for 111 yards in his stead. He returned to practice on Thursday, and despite being listed as “questionable,” he’s expected to suit up on Sunday against the Jets.

It’s tough to know what to expect from Doyle after a lackluster Week 1. The matchup looks good on paper, but it’s possible Doyle cedes more snaps to Alie-Cox after the latter’s breakout in Week 2. Doyle likely isn’t worth starting this week, but it’s not a bad idea to pick him up ahead of the game in case he has a good outing. He’ll be a popular pickup on the waiver wire next week if that happens.