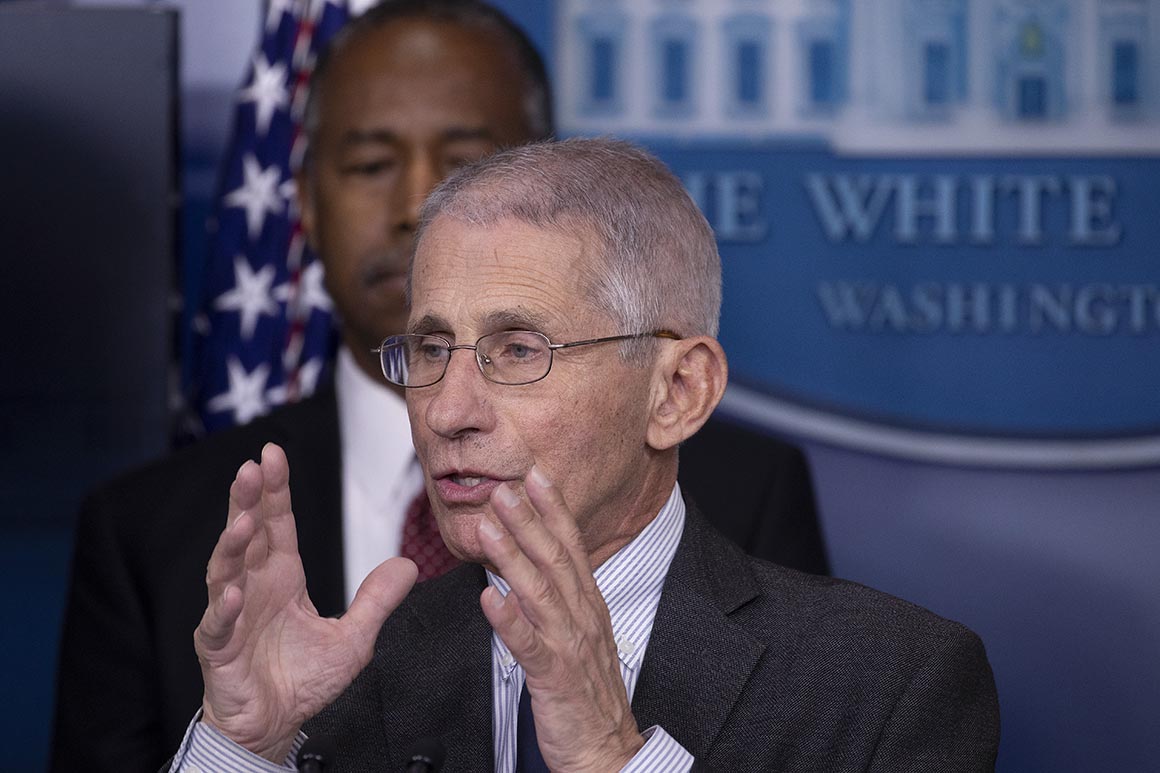 The nation’s top infectious disease expert expressed doubt on Sunday that the White House would lift its social distancing guidelines at the end of its 15-day time frame, projecting it “would be a matter of weeks” before the U.S. is ready to start pulling back restrictions.

The Trump administration issued federal guidance that urged Americans to avoid gathering in large groups and stay at home for 15 days. That period, which began March 16, would end Monday. But Fauci, director of the National Institute of Allergy and Infectious Diseases and who sits on Trump’s coronavirus task force, said the social distancing measures are likely to remain.

Fauci’s assessment Sunday echoes comments from Surgeon General Jerome Adams, who acknowledged days after the administration’s announcement that the 15-day period would likely not be enough.

Fauci also said the plan is still to eventually loosen up restrictions but that improvements in testing speed must come first.

“You can do it, but you absolutely must have in place the capability of going there, testing, testing in an efficient way — not take a test, come back five days later and find out if you’re infected.”

“That’s the connection," he explained. "I want to make sure, not just tests out there, but are the tests able to be implemented.”