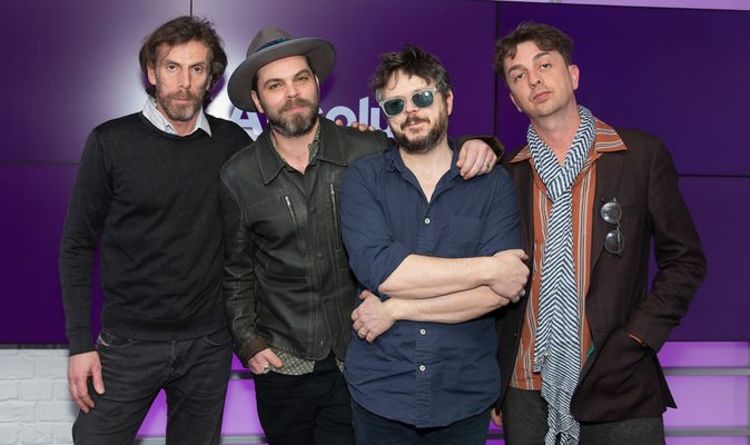 Crank up the speakers and get your air guitars ready. It’s time for another adrenalised burst of music from some of the industry’s greatest names. As always, our in house rock-lover Paul Davies has selected his picks of the pack to rock you through the month. So, what’s hot and not in February?

Fifty years on from their eponymous debut album, Wishbone Ash continues under the aegis of original member Andy Powell who has weaved all of his creative warp and weft into this monumental milestone recording.

Revered for their subtle and sublime electric string play and close vocal harmonies, Powell preserves the inimitable Ash sound, which he had a big hand in creating, on this gold standard badge of honour album.

Fretful dual guitar duels ramify and entwine in harmony on ecological epic opener We Stand As One and pleasingly don’t let up with groove-some riffs on an epic title song, the earworm folksy Empty Man and the smooth, sublime delivery on Drive.

As much a homage to the mastery of guitar craft as it is to a lifetime’s accumulation of quality songwriting, Wishbone Ash wear their coat of musical history with immense pride on this simply stunning release.

Supergrass: The Strange Ones (BMG) – 4 stars.

Hurtling out of the speakers like a band on the run, the memorable Caught By The Fuzz and Alright slotted into the top 40 singles charts becoming part of the soundtrack of Britpop on a brash and shiny launch CD full of bouncy, teenage mudlarking music.

Collected together from their initial I Should Coco album, this recursive jaunt through the recording career of the seemingly effervescent band is a treasure trove of familiar and rare tunes for their truest of fans.

Documenting the entire musical trajectory of the returning Oxford band, where there is dissonance there is also harmony and big singalong melodies on this forensically cultivated project.

The recognisable rasp of Huey Lewis’ voice makes a warm and welcoming return on this upbeat slab of sunny tunes. Having weathered the tempest of a Meniere’s diagnosis which produced long and troubling episodes of near deafness causing an inability to sing, this first album in nineteen years is a life-affirming musical testament to Lewis’ stoic endurance.

Joined by his original bandmates on the seven sing-along, bar-band style songs, While We Are Young and Her Love Is Killin’ Me jump out of the speakers with joyous abandon. The funky, bluesy delivery on Hurry Back Baby and wry romantic observations of Remind Me Why I Love You Again tighten up the grooves before the R’n’B fun-out on Pretty Girls and One Of The Boys closes out this trip down memory lane.

If not quite up to the platinum level of his big-hitting Sports album and those golden MTV hits, this is a welcome return. It’s blue skies as far as the eye can see on this heroic release.

As crunching guitar riffs collide into big chanting choruses on opener Mr Big Shot and Promiseland, reminding of early hair-metal period Bon Jovi with a heady whiff of Aerosmith, it’s the deft country-rock tones permeating on Merry Go Round and About This Boy that adds a touch of class.

However, it’s flamboyant frontman Angelo Tristan‘s countryfied flair sprinkling stardust all over a pulsating Midnight Queen which steals the show.

Catchy as flypaper for those attracted by big swaggering tunes, this inaugural release will ensure this band will be sticking around for quite some time.