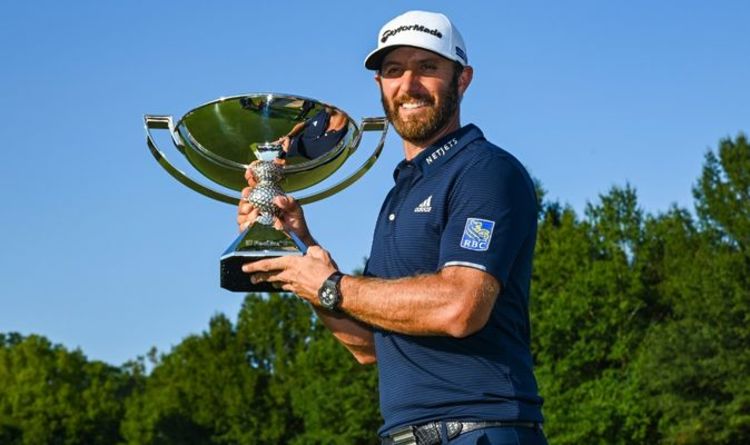 The FedEx Cup has been whittled down to a field of 30 for the Tour Championship. Due to a staggered scoring system that gives a head start to the top players in the points standings, Dustin Johnson will begin at 10 under par.

He will be followed by Spaniard Jon Rahm at eight under and former FedExCup champion Justin Thomas at seven under.

“It’s not like I’ve got a two-shot lead going into the final round. I’ve still got four rounds to play,” said Johnson.

“I’m still going to have to go out and play some really good golf for four days.”

Rory McIlroy arrives as the defending champion and will start on three under par, seven shots behind FedEx Cup leader Johnson.

But McIlory will be hoping to celebrate the arrival of his daugther with another victory at East Lake.

The Northern Irishman announced on social media that wife Erica had given birth to Poppy Kennedy on Monday.

“It’s amazing,” McIlroy told reporters. “You see other people having babies and you’ll say congratulations and you’re happy for them, but you don’t really know how it feels.

“You feel like you get to know your baby while she’s still in her mother’s belly, but to go from not having met this person to having unconditional love for them from one minute to the next is just… there’s nothing like it in the world.

Get Sky Sports pass for just £9.99
Get BT Sport for HALF PRICE

“It’s nice in the hospital. You’ve got so much help and all the nurses are around and they did a phenomenal job. And then you’re handed your child and they’re like, ‘See you later’, and they don’t come with an instruction manual.

“Thankfully Erica has her mom and sister with her at the minute, so she’s got plenty of help and I feel a little better leaving and coming here to play this week.

“It’s been hard to think about golf the last few days just because I’ve been so focused on making sure that everything is OK at home. But maybe this is what I needed, just for everything to happen and go well.

“I haven’t played my best since coming back out since sort of post-Covid. But maybe things just will fall into place. It’s already been the best week of my life, and this would obviously just be the icing on the cake.”

"Rory is such an emotional type of player that when he gets going and he loves showing off. "He hasn't been able to do that...
Read more
Golf

US Open tee times: Full schedule for US Open first round at Winged Foot