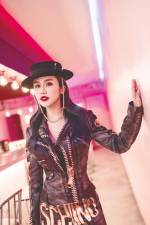 INFLUENCER Jestinna Kuan made herself known as a singer when she joined a host of other singing stars including Zee Avi, Faizal Tahir, Ning Baizura, Nabila Razali and Nanasheme on Make It Through, one of the anthem songs released last April as a tribute to frontliners.

She recently collaborated with YouTube sensation Alyssa Dezek on the song Makin’ Me Feel.

Kuan, from Butterworth, studied to be a pharmacist and actually planned to be one before other opportunities came her way.

“My siblings and I established a clothing line called UFCO MY two years ago. I initially planned to venture into pharmacy-related stuff but there might be a change of plans now. I will still continue to pursue this field in future. For now, I’m focusing on my music career.”

Kuan said being an influencer has helped make people notice her as a singer.

“Yes, I feel that being an influencer and a singer go hand in hand. They are my passions and I will definitely work harder
to juggle them both.”
While most artistes found their careers in the doldrums due to the pandemic, others are brushing up on their social media skills to stay in the limelight.

When asked if her social media skills have proven to be handy at times like this, Kuan said: ”Yeah I think so, especially during this pandemic, more people are spending time on social media. Hence, they will still be informed about most of the things that I do.”
On exploring her singing career, Kuan said she had participated in singing and dancing competitions when she was young.

“When I was doing a five-year pharmacy course, I could not do anything else. It happened after I graduated as I finally had the time and energy to commit to my music career.”

She names BlackPink and Hyolyn as her biggest musical influences.

Kuan said there is no sibling rivalry between her and her sister Christinna, who is also a popular social influencer who can sing.

“We don’t have sibling rivalry because we have different directions. Christinna is more towards fashion and I’m more towards beauty and lifestyle. I hope that both of us get to explore our music career together one day. We will always be supportive of each other no matter what we’re doing.”

Kuan, who made the video for Makin’ Me Feel, said she also enjoys acting.

“I was in a drama club during my high school and won a drama competition at the state level. If I have the chance, I would love to explore this as well.”

Elaborating on what the song Makin’ Me Feel means to her, Kuan said the storyline is about having a crush on someone.

“I would run into him several times, like it’s pre-destined love. He’s always on my mind and I can’t forget about him.”

“Working with Alyssa was so much fun! I admire her talent and her dedication to her work at such a young age. I hope we can work together again soon,” she said.

At the moment, there are no other singles waiting to be launched but Kuan hopes there will be one soon.

“I actually enjoy performing on stage as I’ve been performing since young. I would definitely love to face a live audience if I have the chance,” said Kuan.

To her fans who see her as a role model, Kuan said: ”Never stop dreaming. Anything is possible as long as you believe in yourself. I also believe that hard work plays a part.”