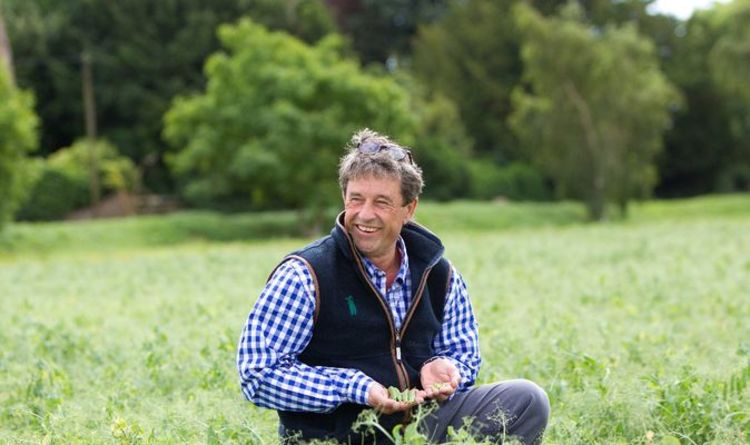 One of the frozen market’s main suppliers, the Lincolnshire-based cooperative today has around 100 farmers and growers in its 5,000-acre plus fold. Crops from 15 varieties supply its primary customer, industry retail and food service giant Greenyard Frozen Foods UK, and the collective is also a driving force behind Yes Peas! This campaign, dedicated to increasing consumption in a nation where palates have become more discerning, demands for flavour increasing and sales of frozen foods have risen 30 percent since lockdown, highlights the mini marvels’ potential as an ingredient as well as an accompaniment.

The maritimes soils of the east coast, from Dundee to Essex, make the ideal environment for growing the best quality peas and the UK remains Europe’s largest producer of frozen peas. Its 90 percent self-sufficiency record is one that Fen Peas managing director Stephen Francis believes could go further.

“Our aim is to reach 100 percent. It is an ambitious target but with further investment in Fen Peas, the wider industry and our customer’s factory, it’s possible,” he explains.

Now in the height of the harvest season, freezing is “nature’s pause button”, he declares.

“A high proportion of our peas are frozen within 150 minutes of harvest, capturing all the flavour and health benefits. This is the most successful aspect of our business, and demand is increasing every year.”

Turnover varies on the weather but is usually between £3m to £4m. A team of 15 contract workers come in this month and August, working round the clock, otherwise though it is all down to Francis and some astonishing technology bolstering productivity.

“No more paperwork, all our loads are booked in via an iPad in the field and logged on to the factory system,” adds Francis. “Every fine detail can be accessed via the internet where we can reach a wide audience. Growers keep in touch and we are all active on social media.”

Today’s great workhorses are the harvesters or viners, £600,000 pieces of Dutch-made kit that last for six years and collect, shell and transport the peas.

The company’s latest one cuts down on fuel and complements its environmental strategy of leaving six-metre, uncultivated margins as retreats for wildlife and buffers against neighbouring fields’ spray.

“We leave peas to fight their own battles as much as possible,” reflects Francis.

But Euro fluctuations can add up to £82,000 to a harvester’s price and present one of the biggest challenges to expansion plans.

He sees the best opportunities for that in new seed innovations and spare capacity in the current market where some 30 per cent of home freezers still do not contain a packet of frozen peas.

And if protein, vitamins, low salt, high fibre and zero waste, all benefits provided by peas, weren’t enough, there are the roots. “These produce nitrogen, a natural fertiliser,” points out Francis. “This is the vegetable that has it all.”

The 65-year-old has since taken to the micro-blogging site and addressed whether he had plans to make his debut on Strictly Come Dancing. The gardening...
Read more