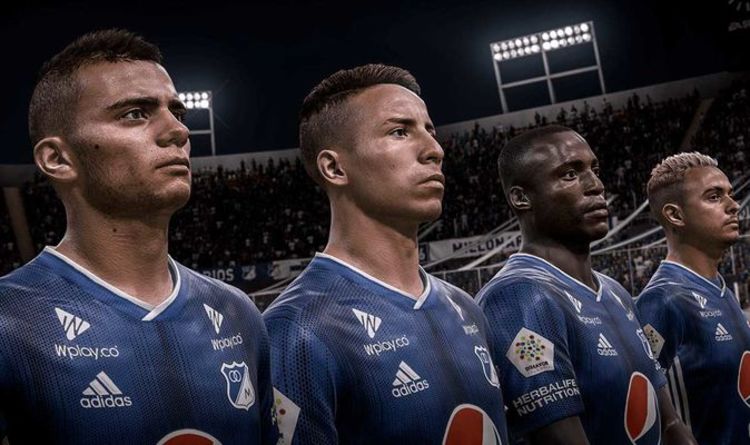 EA Sports has released FIFA 20 update 11.6 today, which makes some big background changes to the game on PS4, Xbox One and PC. And fans may have also noticed the launch of the new Copa Libertadores experience, a big expansion to the club competitions available in FIFA. As confirmed by EA Sports, this new content update is free and adds a number of different options to the game.

After downloading today’s patch, FIFA gamers will be able to play CONMEBOL competitions – including the CONMEBOL Libertadores, CONMEBOL Sudamericana, and CONMEBOL Recopa – in FIFA 20 Kick Off and Career Mode.

There is also the brand new standalone CONMEBOL Libertadores Tournament Mode, and brand new head scans for leading players from the Leagues.

A message from EA Sports adds: “The CONMEBOL Libertadores Tournament Mode lets you play through an authentic tournament structure, taking teams from the Group Stage of the competition all the way through to the Final.

“The experience includes a branded Tournament Hub complete with Dynamic News, as well as the latest tournament standings, fixtures, and results to keep you up to date with all the goings on throughout the competition.

“The 28 teams that qualified directly for the group stages of the 2020 CONMEBOL Libertadores will be included within the Tournament Mode, with the four remaining clubs randomly drawn from the existing South American leagues in FIFA 20.

“The remaining four teams who reach the group stages via the qualifying round will be added to FIFA 20 in a later update, at which point the mode will be representative of the 32 teams participating in the 2020 CONMEBOL Libertadores group stages.

“After downloading the update you’ll be able to play with fully authentic Brazilian kits and crests within FIFA 20 Kick Off, Career Mode, and the CONMEBOL Libertadores Tournament Mode, however, player names and likenesses will remain generic.

“Players from Brazilian clubs will continue not to be included within FIFA 20 Ultimate Team.

“All teams from other CONMEBOL nations will have authentic team and player names within the FIFA 20 CONMEBOL Kick-Off and Tournament Modes.”

FIFA 20 Ultimate Team has also been updated today and now includes over 500 CONMEBOL players, with special items for select players taking part in the CONMEBOL Libertadores and CONMEBOL Sudamericana.