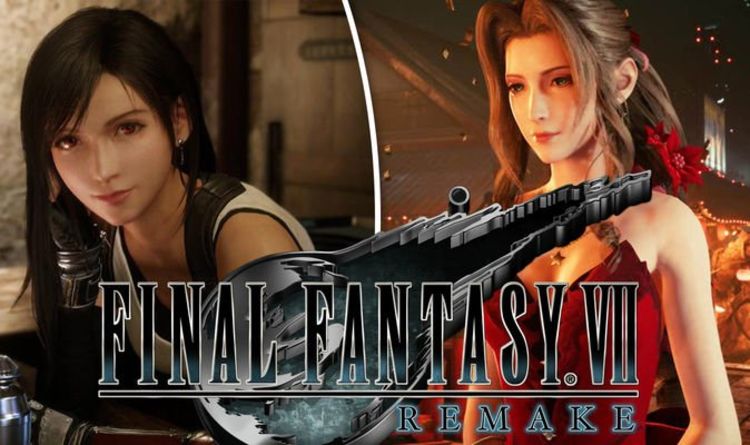 Final Fantasy 7 Remake fans have been dealt a blow ahead of the game’s April 10 release date.

With some physical copies going out to pre-order customers early, new details have emerged about the upcoming role-playing game.

As pointed out by DualShockers, the back of the Final Fantasy 7 Remake box seemingly confirms the file size.

And it’s bad news if you’re running low on hard drive space, because the Final Fantasy 7 Remake is said to weigh in at a massive 100GB.

Fortunately, however, Square Enix appears to have brought the pre-load date forward for Final Fantasy 7 Remake.

Fans who have pre-ordered a digital copy from the PlayStation Store will be able to start downloading the game from April 3.

This gives customers a week to install the game on the PS4 ready for launch.

It’s especially handy with Sony reducing download speeds for the PlayStation Network during the coronavirus lockdown.

If you’re on the fence about the Final Fantasy 7 Remake, then it might be worth downloading the recently released PS4 game demo.

“When you reach your target, you’ll encounter the Scorpion Sentinel. It may be the first boss of the game, but don’t expect this mechanical monstrosity to give you an easy ride,” the post continues.

“If you manage to beat it, don’t think you can relax – you still have to escape from the complex before it collapses around you. But did you give yourself long enough to do so…?”

If you’ve played the demo and want to know more about the Final Fantasy 7 Remake, then you should check out Express Online’s early verdict.

Is the Final Fantasy 7 Remake shaping up to be a 5-star masterpiece? Click the link to find out more.

ByUPDATE: Black Friday 2020 continues with an excellent deal on the Nintendo Switch. Available at 10am from eBay, customers can grab a Switch console for...
Read more
Gaming

ByUPDATE 2: After selling out in next to no time, eBay has announced plans to re-stock the Nintendo Switch at 10am GMT UK time. That's according...
Read more
Gaming

ByAs some games are found to run better on PS5.Microsoft has acknowledged performance issues with some Xbox Series X and S games that were found...
Read more