Finally! MEPs concede their own irrelevance – 'We're not able to work!' 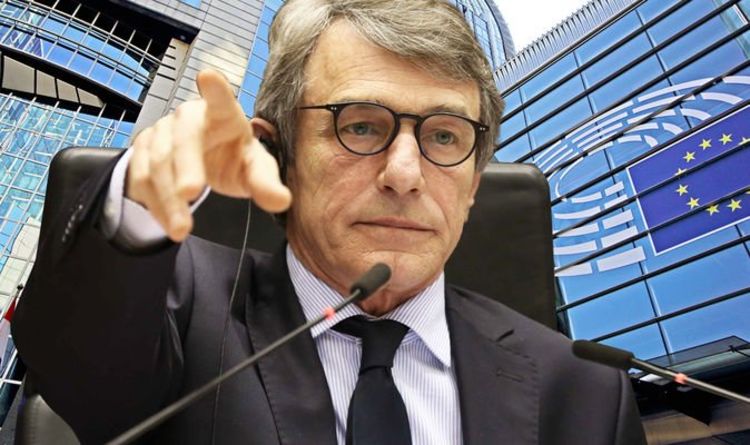 Member states have shunned the European Union’s conventional decision-making to launch their own domestic battles against the coronavirus pandemic. Brussels has struggled to cement its influence throughout the crisis with the bloc’s capitals opting to largely ignore their political masters in the Belgian capital. The EU Parliament’s voice has been virtually silenced throughout the outbreak with most of its politicians ordered to work from home and their day-to-day jobs all but shutdown .

Being forced to hold debates and committee meetings via video link has sparked fears by MEPs for their waining influence.

German MEP Moritz Korner, a member of the liberal Renew Europe group, said the democratically-elected institution “will lose a little bit of its influence”.

“We are not able to work, to come together to send strong signals,” he added.

“At the time when we need to send the biggest political signal, it will be more or less an empty chamber.”

Euro MPs today will debate a series of emergency measures being implemented by the European Commission.

The plenary session and the subsequent votes will largely be held digitally as part of the Parliament’s plan to halt the spread of coronavirus through its institution.

But MEPs say this prevents them from properly scrutinising and amending laws passed down by unelected bureaucrats.

“The time of executive power can only be democratic if these powers are checked by Parliament,” German Green MEP Sergey Lagondinsky told Politico.

“Otherwise, we can just pack up, go home and do nothing.”

A Parliament official added: “Its definitely become more difficult to scrutinise the Council and Commission.

“The Commission could possibility propose something very urgent and then it would be difficult for Parliament to amend in a normal way.”

MEPS will today vote on a €3 billion support package to prop up health systems in the EU’s worst-hit countries.

MUST READ: Juncker set to rake in thousands from Brexit-bashing speeches

“There are so many things to look upon: It’s your own position, it’s the position of the group.

“For all the groups, there are always some slight differences between personal and the group’s position. You have to look into all the details of the content. You have to think about your own political strategy.

“Normally you have more than 20 people in a room… that’s not possible in a videoconference.”