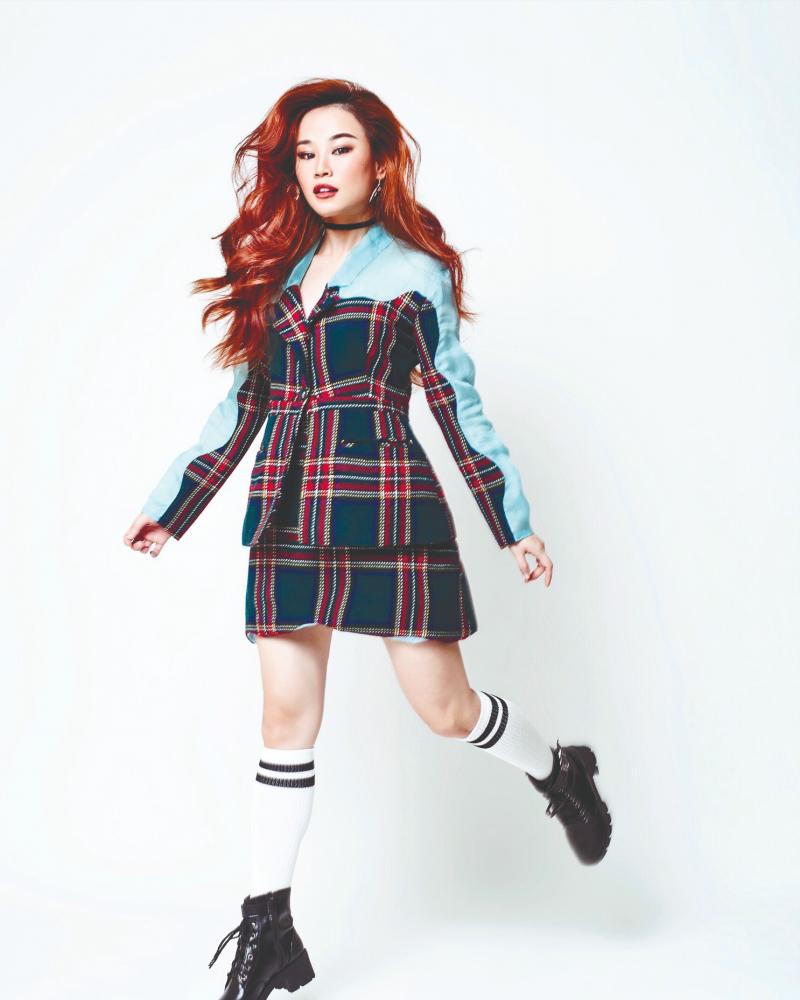 The interview with Charis Ow was supposed to take place outdoors where we could have sat down and talked face-to-face. Unfortunately, the interview had to be conducted via phone due to the current movement control order (MCO).

The ongoing upheaval from the Covid-19 outbreak has thrown many of us out of balance, and affected us in ways we never saw coming. For Ow, her wedding had to be postponed due to the pandemic.

“Airlines are cancelling flights. We had invited people from overseas. We were expecting a very big crowd. Our (wedding) ceremony [would have had] about 400 people and the dinner reception, [about] 350 people. So, [now it] is pretty much impossible. It was supposed to be this coming (April 18). Everything was in place, we had booked everything. It’s crazy.”

Wedding aside, it is also affecting the 29-year-old singer/actress’ career.

“A lot of campaigns have been cancelled. It is a chain effect. If they can’t have events, how would they promote their products? Since people can’t come out from the house to purchase those products, why would they even sell it? If they don’t sell it, why would they market it? Then it affects the marketing and advertising [industry], which would affect us too.

“I was also supposed to release a single this year, after my wedding and everything, but now it is not even in the works because of the situation. Everything is up in the air.”

Despite the challenges that life has presented to Ow, she and her fiancé chose to look on the bright side instead of dwelling on the inevitable.

“So my fiancé and I, we were asking ourselves: ‘What is most important right now?’. We agreed that ‘both of us’ is what matters most. So, we might go ahead with signing [the marriage certificate] first, but the celebration will happen later. We have to monitor the situation since we can’t even fix a date now.”

As for her career, Ow already knew which path she would take early on, as singing and performing are her first loves.

“When I was in university, I started to blog because it was a big thing back then. I was also doing a lot of music covers. Singing and performing are my first loves. But then, it was a struggle because I was mostly performing in venues.

“Then, I shifted to fashion and beauty on YouTube because back then, around 2009 and 2010, not many people were doing it. That kind of encouraged me to make content, and that is when I found my passion in producing content. Eventually, I got more opportunities, such as hosting jobs where I made some pocket money.”

With the increased exposure, Ow had to learn to keep her head up high and keep going despite receiving some brickbats.

“I’ve gotten a lot of criticism, but you just can’t let it affect you and not move on. Some people would say, your videos are not that good, or you don’t sing well, things like that.

Owing to her youthful appearance and her bubbly personality, she was able to seize a role on the educational variety TV show Disney’s Club Mickey Mouse, despite exceeding the required age limit.

“In 2017, my then-manager told me that Disney was looking for someone who could sing, dance, act, and host. They had a role for an adult between 18-24 years old. But I was 26 at that time.

“I asked my then-manager: ‘Are you kidding me, I am two years over then the maximum limit. I don’t want to do it, because I am too old for it.’

“Then she came back to me and said: ‘You know what, the production house wants you to audition anyway’. I was free that day, so I thought why not just go in and try my luck.”

Luck was indeed on her side, as Ow got the role.

One of the highlights of being part of Club Mickey Mouse was the opportunity to film at Hong Kong Disneyland.

“We went to Hong Kong Disneyland last year, and that was during the [protests]. We only stayed in Disneyland, we did not go anywhere else. We just worked there then we went home.

“There were a lot of concerns, but Disney was very proactive, in terms of keeping us safe. Right after returning back to KL, they locked down the whole (Hong Kong) airport.”

Starring in a children-friendly show did not change much of anything for Ow, as she could just be herself.

“When I was in Club Mickey Mouse, I had to be more aware of my actions. Just to be a good example for others. There are kids watching the show, so I can’t be seen doing really stupid things. Also, I think it is a good thing because naturally I am not controversial anyway, which is fine.”