Fiona Phillips: ‘He was not nice’ GMTV star slams Strictly star after pro is axed ‘Karma’ 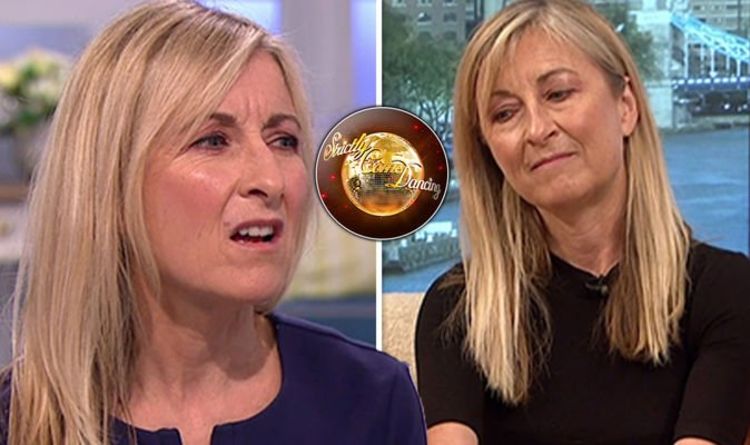 Former GMTV presenter Fiona Phillips, 59, was partnered with former Strictly Come Dancing star Brendan Cole, 43, in 2005. The pair were booted out of the competition in week four following several weeks of low scores.

Fiona has now spoken candidly about her time on the BBC show and admitted she didn’t like Brendan’s behaviour behind the scenes.

The pair reportedly clashed while on the show together, while Fiona thinks Brendan getting axed from Strictly was “karma”.

Speaking to The Daily Star, the ITV presenter admitted she wished she hadn’t taken part in the show.

The presenter told the publication: “Brendan was a real bugger, actually. He wasn’t very nice. He was really naughty.”

Fiona added: “He’s not on the show now. Karma indeed. It works its way every time.”

The former dancing duo failed to impress the judges and viewers alike with their routines on the BBC dancing show.

Brendan revealed on ITV show Lorraine the BBC had chosen to not renew his contract in 2018.

The small-screen star has now revealed she regrets ever signing up for the popular dance show.

The mum-of-two explained: “I was really rubbish. I shouldn’t have done it.

“I was annoyed at one point thinking, ‘What is wrong with my brain? I just can’t take this in, my brain isn’t talking to my limbs.’”

“I was worried about it,” she admitted. “I absolutely hate dancing, I’ve always been self-conscious which is weird being in broadcasting.”

When asked if the show’s former pro dancer Brendan was patient with her, she added: “Yeah and then he wasn’t. My brain and legs were in a different room.”

She added: “I never got the hang of it. Brendan used to get really cross with me, it wasn’t much fun.”