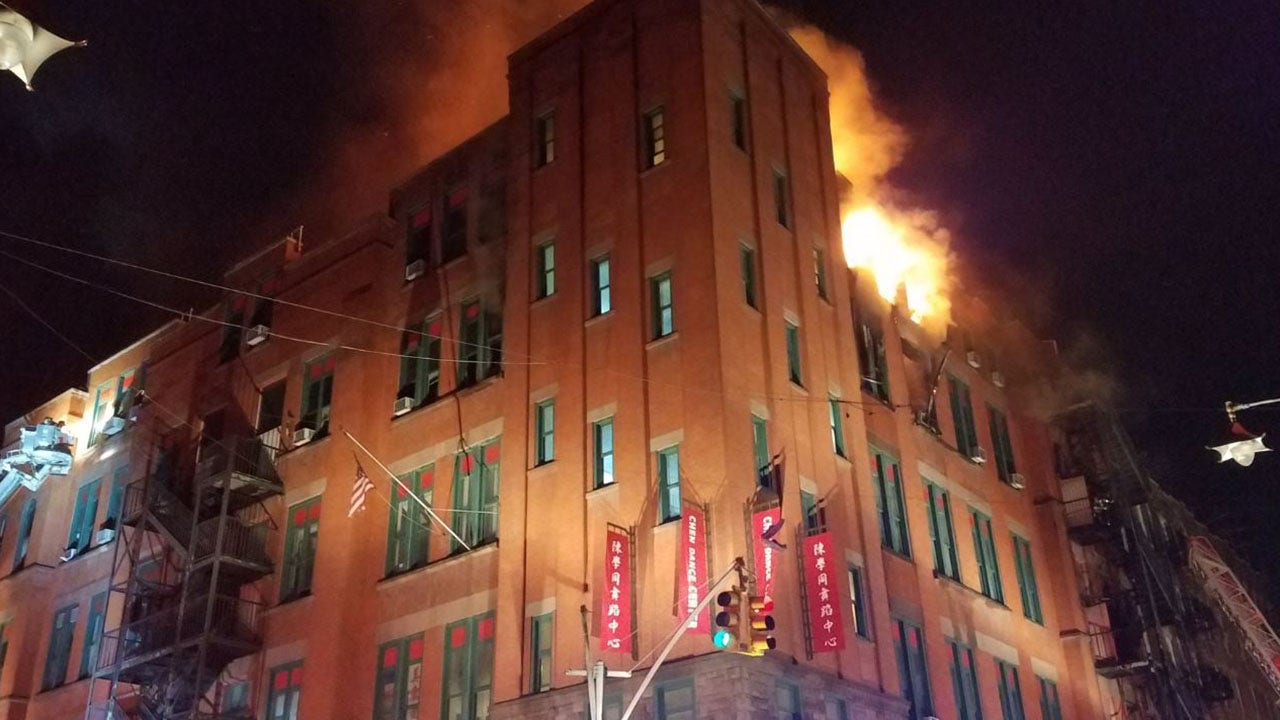 At least one person and two firefighters were reportedly hurt Thursday evening in a fire that damaged a historic building in New York City’s Chinatown just before the Lunar New Year, potentially taking archival material from the Museum of Chinese in America with it.

The building, at 70 Mulberry Street, was constructed in 1900 and serves as a senior center and houses several nonprofits, FOX 5 in New York reported.

“I know the neighborhood is in shock tonight. We’re going to help the community get through this,” De Blasio tweeted.

Nearly 150 firefighters worked for hours to put out the blaze that mainly affected the fourth and fifth floors of the building, according to FOX 5.

“This building is very important. It’s so unfortunate to have a fire. It’s very sad,” Chen Dance Center owner HT Chen told New York’s WNBC-TV. He said his business has been in the building for more than 40 years.

Manhattan community board member Karlin Chan told WNBC the Museum of Chinese in America’s archives are housed there.

“So all the historical documents from this area, all the exhibits are actually stored in there, so hopefully the water damage doesn’t destroy it,” she said.

None of the victims’ injuries were life-threatening, WNBC reported.