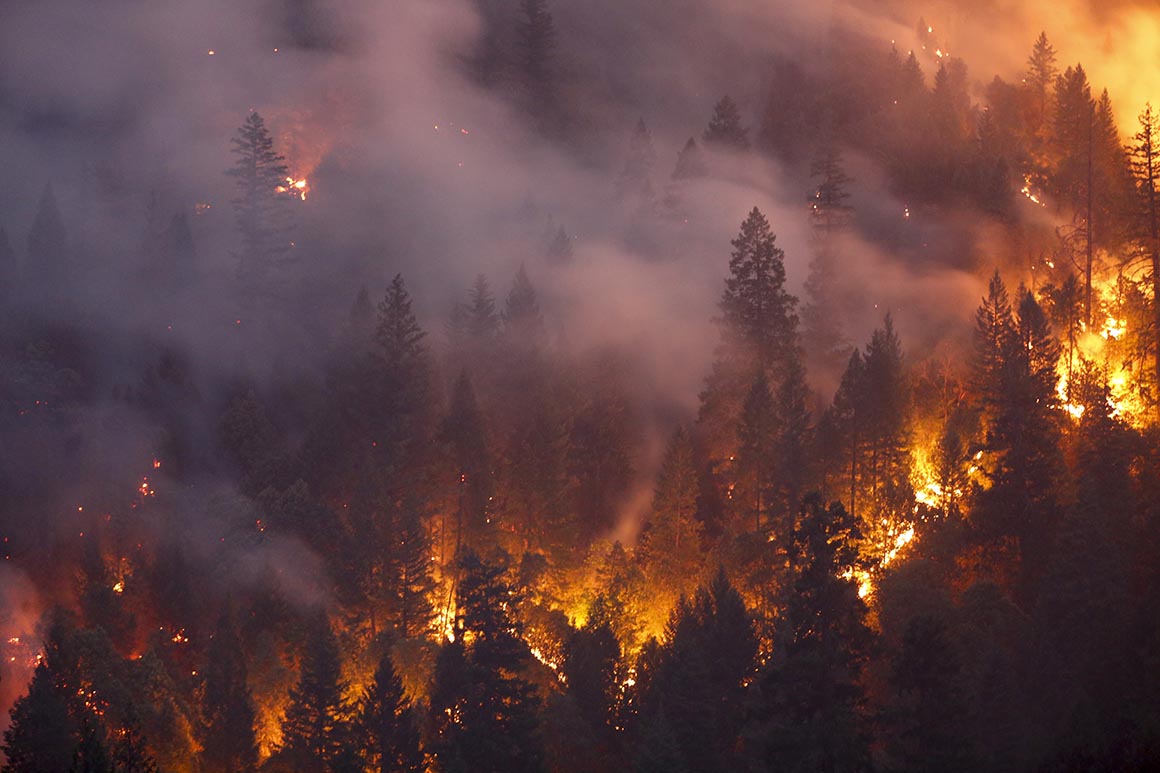 Castro suggests one solution is to control fires as quickly as possible before they become too large and contribute to a decrease in air quality. But with large fires already in multiple states as peak season begins, she is unsure how easily that can be done.

“Potential smoke impacts to the public are considered in all prescribed fire and wildfire management,” said Kari Cobb, acting public affairs officer for NIFC. “As always, we will work in coordination with local and state health organizations and make any necessary changes should the need arise.”

In June, Agriculture Secretary Sonny Perdue released a memo directing the U.S. Forest Service to expedite environmental reviews to increase the use of public lands for logging, grazing and recreational use.

While advocates of the memo, including Rep. Bruce Westerman (R-Ark.), said the suggestions will improve the management of national forests and grasslands, especially to minimize the risk of forest fires, environmentalists were not convinced.

Randi Spivak, director of the Center for Biological Diversity’s public lands program, warned increasing recreational land use and resource extraction leads to damage to the environment, especially with the expedited reviews.

The CDC has also released specific guidance for wildland firefighters which includes quarantine periods, screenings, use of PPE and how to reduce possibility of transmission while in close quarters like housing or transportation.

“Fire camps can include thousands of personnel living together and working collectively to respond to a wildfire, often in remote areas. Fire camps employ a number of support personnel, some of whom may be considered at higher risk for severe illness from COVID-19,” the CDC said. “Therefore, extra precautions should be taken.”

The Forest Service received $ 7 million in supplemental funding from Congress for the Wildland Fire Program. These funds were earmarked for the purchase of PPE, testing supplies and other requirements, Carpenter said.

Cobb said many federal agencies have also received CARES Act funding and are using it for PPE and disinfectants. The funding can also be used for hotels or temporary housing if firefighters were to become infected and need on-site quarantine housing to prevent them from spreading it to family members.

In April, the Arizona Department of Forestry and Fire Management outlined a mitigation plan for putting out wildfires during the pandemic. The plan included isolation of dispatchers, increased hygiene and sanitizing of vehicles and equipment, social distancing within fire camps and daily health checkups for all fire personnel assigned to incidents.

The California Department of Public Health is asking residents to have an advanced preparation plan to create cleaner air spaces at home by using portable air cleaners, air conditioners, fans and window shades.

“Since the Covid-19 pandemic is beginning to overlap with wildfire season in the United States, this poses an added challenge to public health,” CDPH said in an email to POLITICO. “We recommend that at-risk residents develop a plan in anticipation of heavy smoke conditions, especially if there is any chance of evacuation orders.”