Firing up the charts 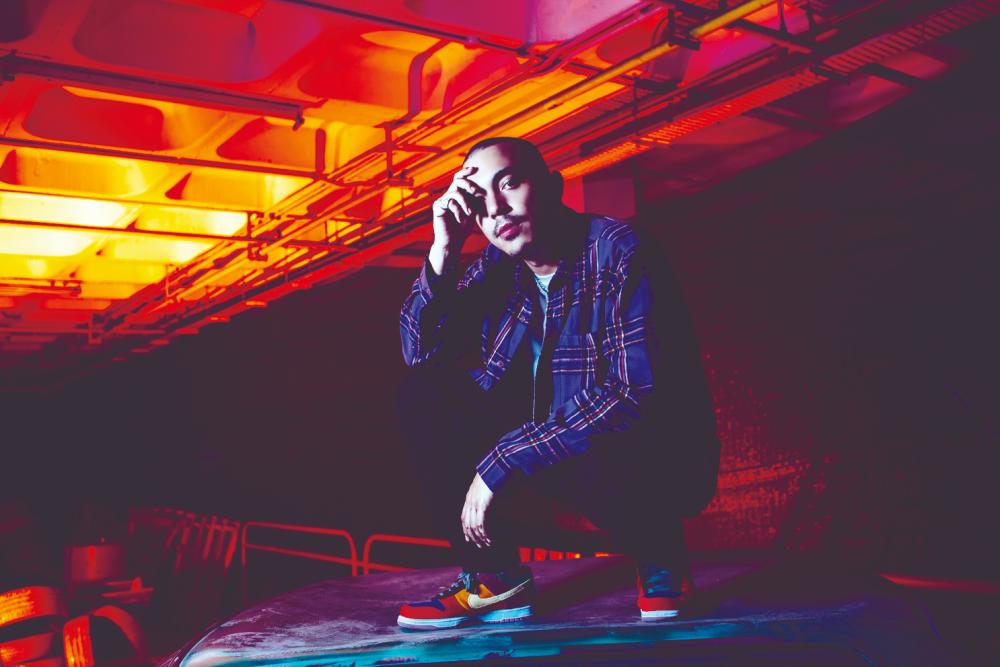 THE surreal, cutout visual effects-heavy music video for Bomba begins with a shot of a cat. But this is no ordinary feline – it is Nemo, SonaOne’s pet cat.

SonaOne explained that he is an animal lover, but kitty cats have a special place in his heart. He was at home in Kuala Lumpur during our tele-conference call.

His single Bomba which is performed in English, Bahasa Malaysia and French was released on March 27, with the accompanying music video directed by Adriana Tunku.

When asked what made him and his record company go through with releasing the single during the movement control order (MCO), SonaOne said: “Because in times like this, the news and media are only covering this serious situation … I felt that as an entertainer, I should entertain. We had already planned on releasing the single two months ago. We actually discussed if we should go ahead and release it, and I said we should.”

There was a time when releasing a single was something that was done with great fanfare, with press conferences and meet-the-fans sessions.

Now that music is available digitally via streaming platforms, Bomba is getting attention courtesy of social media, and of course, his many fans.

“I still do enjoy the physical presence of being around people to talk about my projects and perform live. But you have to adapt to the times with a digital platform and having to broadcast live from your home.”

Bomba is his first single under the Def Jam Southeast Asia label.

“Every song I have done using this process has really allowed me to sing freely without having to think too hard about a specific message or anything. I just wanted an audio scrapbook with sonic scribbles.

“What made Bomba stand out from the other ones is that I, without thinking, just went into French, English and Malay. I did not plan it out. It just happened naturally and organically. This is the most ‘me’ song that I have ever done in the sense that this is how my brain works.”

SonaOne said that he believes our mother tongue is the language we think in, and that he thinks in three languages.

Actually, it is a very Malaysian thing to do, as many of us are in fact well-versed in more than one language.

The hip hop scene in Malaysia used to be a very niche market and was originally considered a part of the indie or underground music scene.

Things really began to pick up for this genre in Asia in recent years, with more and more hip hop artistes coming to the forefront, and now with the presence of Def Jam Records Southeast Asia.

“I think we have seen it move from a relatively small scene to an even bigger scene. I would dare say, it was a small sustainable industry. There weren’t that many shows.

“Now with digital platforms, where they can monetise their songs, some artistes do not even need to leave their house.”

SonaOne felt that current digital platforms have turned the small hip hop movement here into something that is larger than life.

Rap and hip hop started out as the music of disenfranchised people (namely the African-American community) in the United States.

Now hip hop has exploded across Asia, and you see countries such as Thailand, China, Singapore and Malaysia having very vibrant hip hop scenes.

“It mirrors what is happening in society, I feel society now is a lot more expressive and has a voice on social media. Everybody can say what they want, until somebody reports them.

“We live in a time when the concept of freedom of expression is practised more than ever before. That is what hip hop was in the very beginning, the voice of the voiceless. People who were going through so much social illness, that they needed an outlet to voice out their frustrations. That was what hip hop was for many years.

“When society became in tune with the technology of today and felt the freedom to let go of their frustrations, that is when people started to connect to hip hop more. This is the genre of music that reflects exactly what they are going through right now. To celebrate life, I need to feel free, I need to feel confident. I feel I have a voice now. I think everything worked well, very organically.”

But how different is it working with Def Jam, an international label known for its stable of renowned hip hop artistes, in comparison to homegrown music labels such as Kartel Records, which is where SonaOne first started out?

“For me, it is like a childhood dream come true. I grew up listening to Def Jam artistes such as Nas and Jay-Z. To see my name under their logo is so surreal. Def Jam has been a household name in the hip hop industry for three decades. The team here is way more extensive.

“It is like Kartel, I am still working with some of them, but it is us now with a way bigger family.”

SonaOne thanked Def Jam, saying that it is now easier to work with hip hop counterparts from all over Southeast Asia.

“I am really excited to see what the next couple of years is going to be like. This is a great way to bridge the East, the West and everything in the middle.”