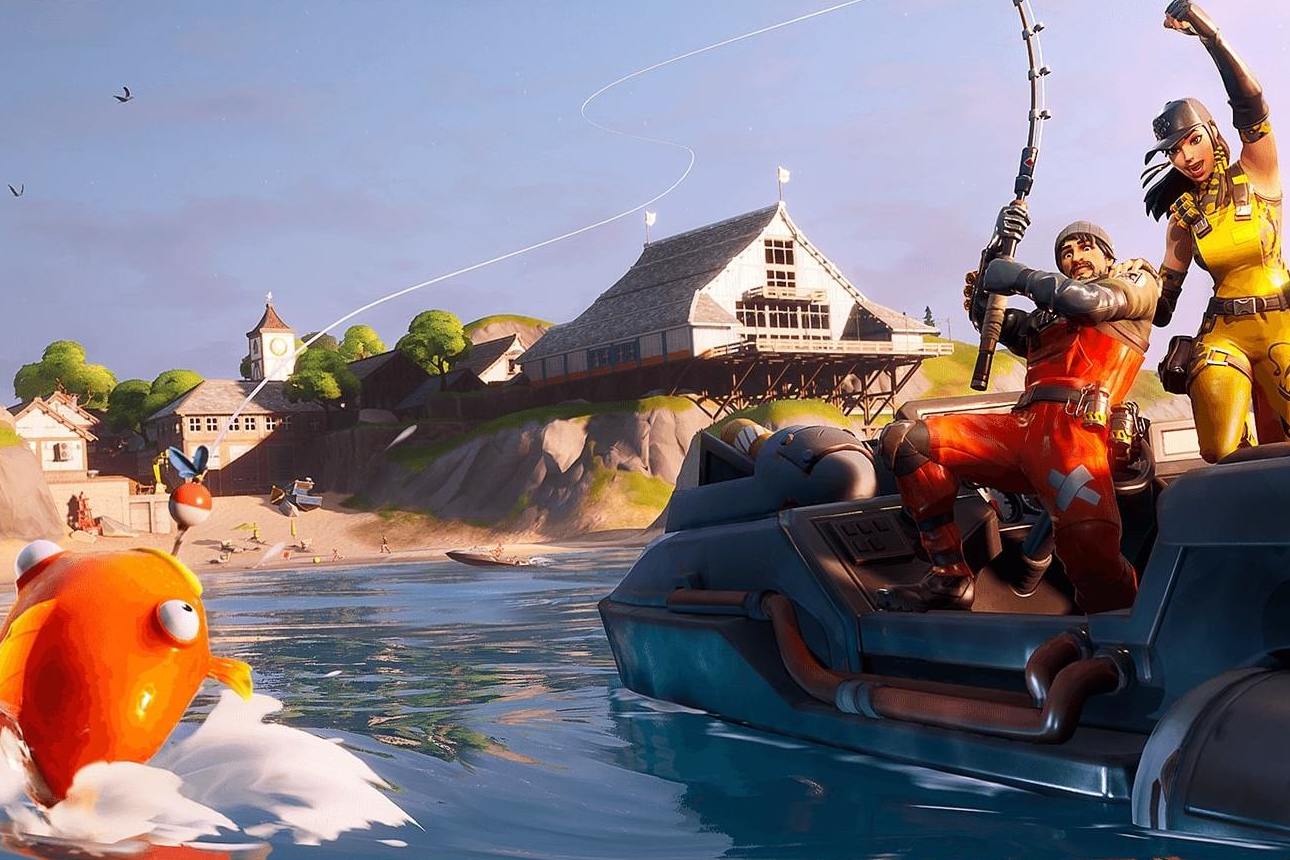 Fortnite Season 2 Chapter 1 has been well underway for months now, with many players beginning to feel like it’s been overstaying its welcome, more than anything.

The update for the hugely successful Battle Royale game is right around the corner and developer Epic Games has begun showing teaser ads ahead of its release.

While little is known about what can be expected in the new update, anticipation for it is at an all-time high.

Indeed, one of the ads, which has begun appearing in cities across the world, also contains a secret message.

What did the Fortnite Chapter 2 teaser reveal?

There are many reports that brand new Fortnite-related teasers have been popping up over the weekend. One, seen playing at a metro station in Sao Paulo by Twitter user Flakespower, shows a gold handprint over the ‘Fortnite’ logo and provides a phone number to call.

Teasers have started popping up for Season 2! A number is being displayed at metro stations in São Paulo, which gives the following information when called:

If you call the number, a recording says: “Yes, sir. The agents have been called. Access card to the vault purchased”.

As of Sunday, February 16 the official Fortnite social media accounts on Twitter and Instagram now have a gold logo and the same handprint seen on the teasers, which is thought to be a hint to the theme of this chapter.

These adverts have been popping up all across the world, from San Francisco to Tokyo and all make reference to agents, vaults and ‘oil rig operations’.

When is Fortnite Chapter 2 released?

After months of speculation and some delays to this next update, Epic Games has finally set a date for Chapter 2 of Fortnite Battle Royale Season 2 and it is set to begin on Thursday 20 February.

Season 2 has been in full swing since early October 2019 and, as you might remember, Epic Games famously ended the game’s first season with a bang, or at least a blip, when a black hole sucked the entire world up in preparation for Season 2’s beginning.

True to form, we expect this chapter to arrive with fanfare.

What will be included in the update?

Not much is known at the moment about what will be added to the game, but Epic Games seem to be hinting to some big changes to the current play style and meta.

The biggest theory at the moment is that the gold motif appearing on the logos at the very least confirms they will be adding gold bars as a new building material to accompany wood, metal and brick already in the game.

We wait with bated breath for the full release.

Listen and subscribe to Women Tech Charge on Apple Podcasts, Spotify, Acast or wherever you get your podcasts