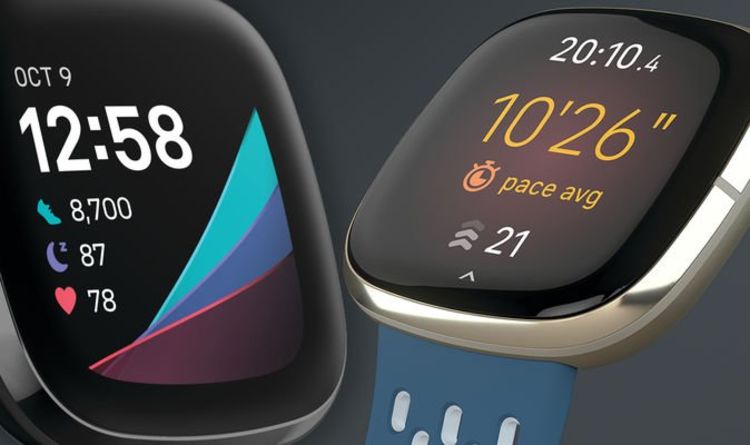 Fitbit is taking the fight to Apple and Samsung with the launch of its most advanced smartwatch to date. The all-new Fitbit Sense has just been revealed and offers numerous health features including monitoring heart rate, skin temperature and even stress levels.

As most people are aware, stress is becoming an ever-increasing problem and Fitbit says it wants to help users manage the condition via a new electrodermal activity (EDA) sensor.

This technology found in the Fitbit Sense measures electrodermal activity responses with owners able to place their palm over the face of the device to detect small electrical changes in the sweat level of their skin.

Measuring the EDA responses can help people understand their body’s response to stressors and help them manage stress.

Once checked, users will be presented with a Stress Management Score which calculates how the body is responding to stress based on heart rate, sleep, and activity level data.

Like the latest Apple Watch, the new Sense can also take an instant ECG straight from your wrist which can then be saved and sent straight to a doctor if it spots any irregularities with the heart.

Of course, this is a Fitbit so it also will monitor daily health regimes such as steps and time in the gym. Plus you’ll get on-board GPS and over 20 on-device exercise modes for improved tracking.

It’s not just on the inside where things have changed as the design has also been created to make it more comfortable to wear and easier to use once strapped to your wrist.

The larger AMOLED display features an integrated ambient light sensor to automatically dim the screen for easier viewing, along with an optional always-on display mode so you won’t have to raise the wrist to tell the time.

Fitbit also says the near edge-to-edge display is more responsive, with increased resolution.

Along with the Fitbit Sense, the firm has also released updates to its Fitbit Versa and Fitbit Inspire wearables.

The Versa 3 gets GPS, a built-in speaker and microphone plus the latest PurePulse 2.0 technology for improved heart monitoring.

For the first time, both Fitbit Versa 3 and Fitbit Sense will utilise the same magnetic charger which should make refilling easier. The Vera 3 gets a six day battery and a 12-minute quick charge will provide one full day of use.

If it’s the Inspire you fancy having strapped to your arm then you’ll find this update adds advanced features like Active Zone Minutes, an enhanced stylish, slim design, and a brighter, more vibrant screen with the longest battery life of any Fitbit device at 10 days.

WIRED Staff We see that soft, organic orb shape echoed in the new Echo Dot ($ 60), which has a clock on its face...
Read more