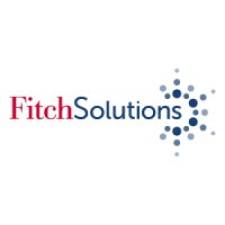 In a statement today, it said the revision was due to a worsening global economic outlook — one which is expected to have widespread recessionary conditions, poor external outlook and low oil prices.

Another contributing factor is the much dimmer prospects for private consumption — a key growth driver for Malaysia — following the imposition of the Movement Control Order (MCO) from March 18-April 14.

“We continue to expect the government to implement yet more stimulus measures to support the economy, in addition to the package already announced in late-February,” it said.

Accordingly, Fitch Solutions said it has made sweeping downward revisions to its 2020 forecasts for all major expenditure components of the GDP, with the exception of government consumption.

The projection is mainly based on the expectation of a lower growth in private consumption, which is expected to be at one per cent, down from five per cent previously.

This is due to a likely extended disruption to normal economic and social activities that Malaysia would have to maintain to curb the spread of COVID-19, which would reduce both disposable incomes and opportunities to consume.

Meanwhile, Fitch Solutions said it acknowledged that external demand is set to plunge as the global economy sinks further into recession.

“Furthermore, Malaysia’s most important trading partner, Singapore, is likely to see a recession in 2020 as well, and we have revised our 2020 growth forecast for Singapore to a 2.8 per cent contraction from one per cent growth previously,” it said.

Additionally, it said oil prices are likely to remain low amid dismal demand, especially from the hard-hit aviation sector around the world.

“We see room for imports to fall faster than exports, as Malaysia is more self-sufficient in terms of food production, which would help support trade balance and prevent a steeper deceleration in growth,” it said.

In light of the economic challenges, Fitch Solutions said it expects the government to adopt more stimulus measures over the coming months, although the fiscal space available to do so has shrunk significantly due to lower oil prices.

It said Malaysia’s 2020 Budget was based on a projected oil price of US$ 62 per barrel.

“With oil revenues making up around 21 per cent of government revenue, this means that the government has less resources to devote to economic stimulus over the coming months.

“The government has already had to dip into pension savings to fund the previous stimulus package worth RM20 billion in February and any further stimulus will also likely to involve significant trade-offs between providing for future social security and boosting short-term growth,” it said.

On risks to its outlook, Fitch Solutions said there was a risk that the pandemic would not be contained in one quarter, and an extended global economic disruption could see Malaysia tip into recession. -Bernama