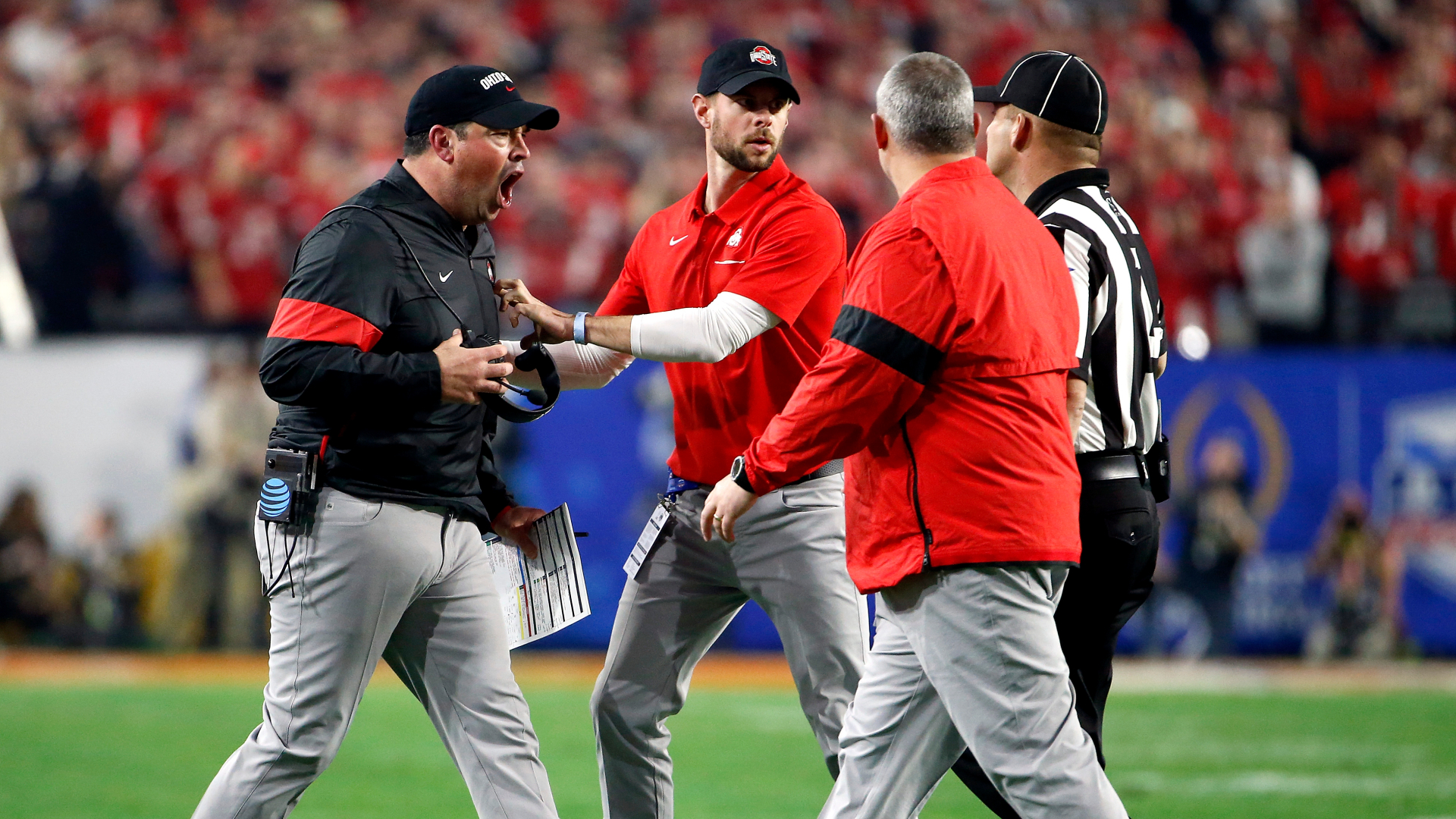 The College Football Playoff committee unveiled the first set of rankings Tuesday, and there were no questions whatsoever.

Just kidding. The committee left some interesting debates, starting with the top four. Alabama (7-0) and Notre Dame (8-0) hold the top two spots, but Clemson (7-1) is ranked ahead of Ohio State (4-0).

Why? That’s just one of our five big questions from the first set of rankings:

Why is Clemson ranked ahead of Ohio State?

The committee might have unnecessarily boxed themselves in here, even if the Tigers beat the Irish in the rematch. Ohio State could go undefeated, but the best win left on the schedule is No. 8 Northwestern (5-0) — a team that controls its own destiny for a Playoff spot. The stakes will be higher between the Buckeyes and Wildcats than they were in the 2018 Big Ten championship game.

The seeding will work itself out, but at this juncture the Buckeyes should be ranked higher. Expect the committee to fall back on the “each week is a blank slate” mantra that gets used so often if the teams end up switching spots.

Based on the precedent set with Clemson and Notre Dame — and knowing four SEC teams are ranked in the top 10 — it’s possible.

Assuming both the Tigers and Irish win out in the regular season, No. 5 Florida could beat Alabama in the SEC championship game. If the game is an instant classic between Heisman contenders Mac Jones and Kyle Trask, then it’s possible that both the Gators and Crimson Tide both snag a spot (though Alabama would need help, with teams such as Ohio State, Oregon and Cincinnati losing).

No. 6 Texas A&M also is ranked high enough, but likely won’t have the benefit of a SEC championship game appearance. The Aggies need to be over-the-top-impressive down the stretch against LSU, No. 22 Auburn and Tennessee. Texas A&M needs either Clemson or Notre Dame to lose twice, and it’s better if Florida loses to Alabama in Atlanta.

Why is Cincinnati so far ahead of BYU?

That’s a good question. The teams are separated by one spot in the AP Top 25 and Coaches Poll, with the Bearcats at No. 7 and the Cougars at No. 8.

Cincinnati held the same spot in the CFP rankings, and their path to the Playoff is open with the help we outlined last weekend. The Bearcats must win out, need Clemson or Notre Dame to lose twice and hope Alabama and Ohio State take the first two spots. That would create a compelling argument with Texas A&M for the last spot, and the committee might be open to favoring the Bearcats.

BYU is in trouble at No. 14. The committee isn’t buying the strength of schedule, and that’s not the Cougars’ fault, given the COVID-19 impact on their independent status. Still, No. 14 is too low. BYU has one game left on the schedule against San Diego State. Would there be a top-10 team out there willing to take on BYU?

Cincinnati might not pick up the phone, given the difference in the rankings. If that Clemson-Florida State game doesn’t get played, might we offer this alternative?

Can the Pac-12 challenge for the Playoff?

Power 5 conferences are typically given a one-loss mulligan, but the Big Ten and Pac-12 might be held to a tougher standard given the shorter schedules those conferences are playing.

That’s why No. 15 Oregon and No. 18 USC need each other to win out ahead of the Pac-12 championship game. If both teams go 6-0 in the regular season — that would mean no COVID-19 postponements the next three weeks — then that stage is possible.

Would a 7-0 Pac-12 champion be worthy of that fourth spot? Leaving them out might be hard to do at that point. That said, there is no margin for error for the Ducks or Trojans, and style points will matter down the stretch.

Which two-loss team is still alive in the Playoff?

No. 9 Georgia is the highest-ranked two-loss team, but the Bulldogs have little upside with the losses to Alabama and Florida. Georgia will not have the benefit of the SEC championship game spotlight, either.

No. 11 Oklahoma, however, is on a roll after early-season losses to No. 13 Iowa State and Kansas State. The Sooners are no stranger to the late-season Playoff run, and it wouldn’t hurt if the Cyclones beat No. 17 Texas on Black Friday. Oklahoma still feels like the team that will win the Big 12 championship, which would be its sixth straight conference title. A Playoff berth still seems unlikely given, no two-loss team has cracked the four-team field.

You know what we’ll say next.

It’s 2020. There are four sets of rankings left. Anything can happen, right?