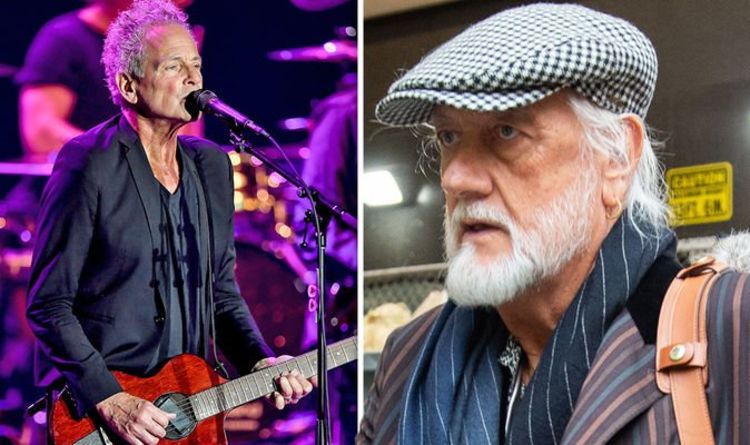 Fleetwood Mac reunited their classic line-up , Mick Fleetwood, John McVie, Christine McVie, Stevie Nicks and Lindsey Buckingham, in 1997, but, after 20 years of continued success, the reformation fell apart once again. Two years ago, Buckingham was let go from the group, leading to the musician filing a lawsuit against them for an alleged breach of fiduciary duty and breach of oral contract, among other things. The band disputed the charges but the lawsuit was later settled.

Both parties have shared their (differing) sides of the story about what led to Buckingham parting ways from the band, but Fleetwood has now announced there won’t ever be another reunion.

Asked if there was any scenario where he would play with Buckingham again in the future, Fleetwood told Rolling Stone: “No.

“Fleetwood Mac is a strange creature,” he explained. “We’re very, very committed to Neil [Finn] and Mike [Campbell, who replaced Buckingham], and that passed away a time ago, when Lindsey left.

“And it’s not a point of conversation, so I have to say no,” he added. “It’s a full drama of Fleetwood Mac, no doubt.”

READ MORE: STORY BEHIND PURPLE RAIN – HOW STEVIE NICKS TURNED IT DOWN

“[Buckingham’s] legacy is alive and well, and as it should be. A major, major part that will never be taken away, and never be down-spoken by any of us.”

Fleetwood went on to address the band’s discontent in the lead-up to Buckingham’s exit, saying: “Neil and Mike have tremendous respect for Lindsey.

“The situation was no secret. We were not happy. It was not working, and we parted company. And that really is the all of it.”

Fleetwood was also asked if he had spoken to his former bandmate since the guitarist suffered a heart attack last year, simply replying: “I have not.”

“There was too much animosity between certain members of the band at that point,” she said. “There was just no way it could’ve gone on as a five-piece, a group with Lindsey in the band.

“So it was either just completely break up the band or make the best of it.”

Buckingham was forced to undergo emergency heart surgery a year ago, with his wife Kristen Buckingham saying at the time that the procedure had damaged his vocal cords.

“He is now recuperating at home,” she said in a statement. “Each day he is stronger than the last.