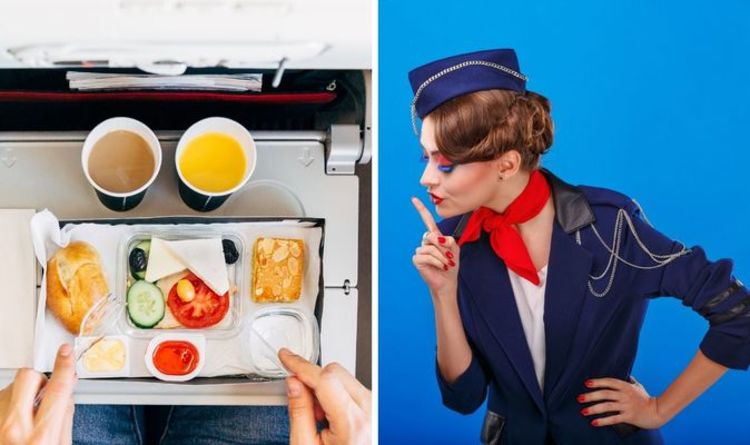 Jean continued: “Incorrect holding temperatures is the number one reason for food-borne illness on a worldwide basis.”

Many experts recommend buying food at the airport terminal or waiting until you reach your destination.

Apparently cruising at such high altitude can make taste buds and sense of smell go numb compared to on ground.

The food safety expert has revealed some foods that you should always avoid when in the sky if you want to avoid becoming sick onboard.

Foods like sliced chicken and turkey pose a high risk of listeria contamination and can make you very sick.

Recent testing on airplanes found the tap water to be unsanitary with some planes testing positive for the presence of microorganisms in the water, including bacteria.

This means that the ice can contain bacteria which can be potentially harmful for a passenger when consumed in a drink.

A study from the Environmental Protection Agency found that one in eight airplanes do not meet the standards for water safety, and that 12 percent of commercial planes in the US, tested positive for high levels of bacteria in tap water supply.

While rice is not a common airline food, it can come with the main meal that the onboard service offers.

Rice can be one of the most bacteria ridden foods that when not handled correctly can make you very ill and cause food poisoning.

Common bacteria found in rice is Bacillus cereus which grows when the rice is cooled down or stored at the wrong temperature.

In fact, experts say that to make sure rice is bacteria free and reheated correctly, it needs to be reheated to around 73 degrees celsius.

What’s more, the food tables that passengers consume the food off of contain high levels of bacteria too.

Flight attendants have previously revealed that tray tables don’t get cleaned everyday, especially when there is a tight turn around and a flight needs to get on its way.