Flights: Cabin crew member reveals the reason your phone MUST... 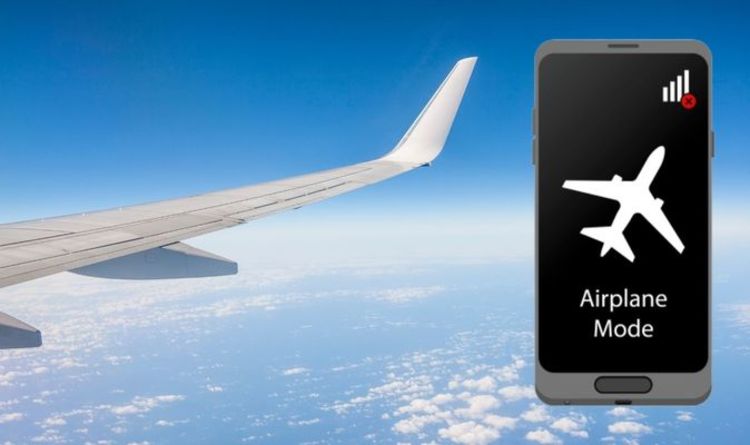 Rules on a flight include keeping the food tray up during take off and landing, keeping the blind up and wearing the seatbelt when required to do so.

One regulation that has left lots of questions is why passengers must switch to flight mode on their devices.

An airline worker, who works in the Flight Tech team for British Airways has revealed the reasons why your phone must be off or switched to flight mode.

They said: “The industry has had several reports over the years linking mobile phone use with system malfunctions, and whilst systems have improved, the industry regulators take a cautious view because of safety implications.

READ MORE: Flight secrets: Cabin crew reveal they will use this secret code word if they fancy you

Bobby Laurie who is a former flight attendant and host of TV show, The Jet Set explained that a phone causing interference is delayed but with flying there can’t be any risks.

He said: “It’s rare, but it does still happen that there is interference with certain types of cell phones or a combination of many cell phones still turned on.”

Bobby explains that not switching a phone to flight mode can cause noise disruptions for the in-flight speaker system when the staff are communicating with each other.

He says that the last thing cabin crew staff and pilots want to hear is extra noises while communicating and concentrating.

British Airways advice that anyone caught breaking their flight mode rule will be reported to proper authorities as flying is a risky task and they wish for it to be as safe as possible for passengers.

A mobile phone could also interfere with cockpit equipment, even if it’s not actually being used by a passenger.

Electronic devices will transmit electromagnetic signals when not in flight mode as they try to connect with a communications network.

It is very rare that there will ever be any signal while in the sky but Bobby explains that he has seen people on multiple occasions replying to a message or an email that will send when they land.

Many airlines have a rule that your phone must be completely switched off for take off and landing.

A former flight attendant explained that this is because it is the most dangerous part of flying.

In a post on Reddit they said: “You can use your phone in airplane mode in-flight, but must be switched completely off during take-off and landing (like all other electronic devices) because these are the most dangerous times during a flight, should an accident occur, and the crew needs to be able to communicate quickly with all the passengers.”

Safety regulations read out by flight attendants on many airlines also advise you not to listen to any music or have headphones on for take off and landing.

This is because if they need to communicate with passengers or there is an emergency, you won’t be able to hear them read out instructions.