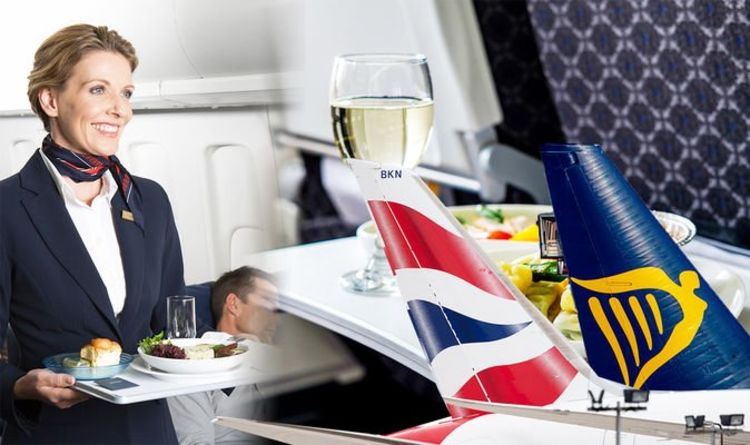 Budget airlines are great for money conscious travellers looking for cheap flights. However, they often make up the costs by charging for additional extras including seat selection, luggage and even food. For travellers making a quick trip, onboard refreshments may not be a necessity, but for those on longer journeys, a rumbling tummy could cost them.

New research has revealed that while some airlines have a budget menu to match their budget tickets, others charge significantly more for meals and beverages. On average fliers are spending around £7.80 per flight for food.

The research was undertaken by flight-comparison site www.jetcost.co.uk, who looked at the inflight menus of some of Britain’s most popular menus to determine how passengers could be saving money.

Using prices listed in their most up-to-date menus, the researchers were able to unveil the airline boasting the most bang for your buck.

When looking at meal deals on offer – including a main, a snack and a soft drink – or the equivalent individual items combined in the absence of a meal deal, it seems the most expensive airline was Norwegian air.

READ MORE: Blue passports release date: When can YOU get a blue passport?

TUI followed closely behind with the second cheapest menu offering.

Amongst the most expensive airlines were Vueling, Aer Lingus, British Airways and Ryanair.

However, most airlines do allow travellers to bring their own food on board if they are hoping to save money.

According to the Ryanair website: “ Feel free to bring your own food and soft drinks on-board.”

Meanwhile, the Norwegian website states: “It is possible to bring your own food onboard for your journey.

“We urge passengers to restrain from bringing food with strong scents and excessive packaging onboard.”

Passengers should be aware, though, that there are some restrictions. Ryanair points out: “In the interest of safety we cannot allow passengers to board the plane with hot drinks or consume their own alcohol during the flight.”

With that said, the experts at Jetcost also looked into how much alcoholic beverages will set travellers back.

Wizz Air had the least expensive wine (£3.81), whilst TUI topped this list charging £6.