Flights: Expert warns that as many as ‘500 airlines’ could be bankrupt by next month 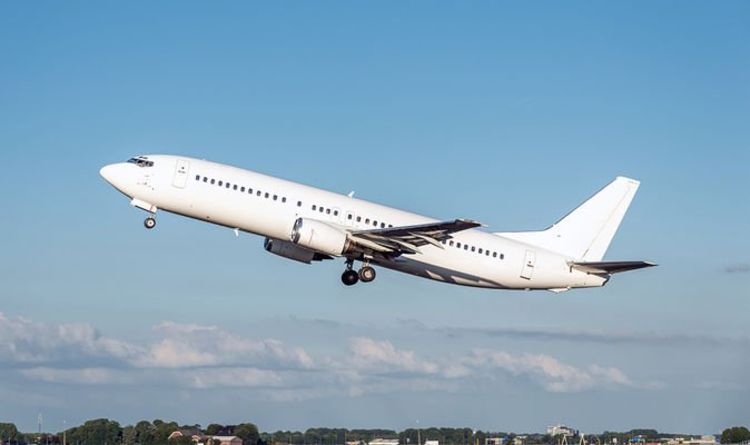 As many holidaymakers across the world cancel and rebook their summer holiday plans, the airline industry has almost been brought to a complete standstill. With a lot of planes getting used to their wheels being firmly on the ground, airports, travel companies and aircraft leasing companies have all felt the economic implications of the coronavirus pandemic. And now one expert has made a chilling prediction that could change the future of air travel.

He added that the reason airlines may be in trouble is because a lot of the aircraft they use are leased with companies wanting them back.

The aviation industry supports around 66.5 million jobs around the world which includes people employed at airports and airlines.

The industry also contributes a staggering $ 2.7trillion (£2.18million) to the world’s economy, according to research by the Air Transport Action Group (ATAG).

DON’T MISS
easyJet refund: How to get refund from easyJet [INSIGHT]
Flights: When can the UK fly to the USA? [UPDATE]
British Airways reveal incredible Avios bonus now on sale [ANALYSIS]

This equates to 3.6 percent of the world’s GDP which equates to that produced by countries like Switzerland or Argentina.

The industry has already seen huge job cuts in the UK with both Virgin Atlantic and British Airways making changes to weather the financial storm of the coronavirus.

Yesterday, Virgin Atlantic axed 3,000 jobs in the UK and decided to halt its operations at Gatwick Airport.

The airline said that jobs have been lost across the board.

Virgin Atlantic chief executive Shai Weiss said in a statement: “We have weathered many storms since our first flight 36 years ago but none has been as devastating as Covid-19 and the associated loss of life and livelihood for so many.”

Last week, British Airways announced that it was set to cut up to 12,000 jobs.

It also warned that its operations at Gatwick Airport – the UK’s second busiest airport – might not reopen once the pandemic has become more manageable.

Budget airline Ryanair has also said it will cut 3,000 jobs which is 15 percent of its workforce.

Chief executive of the airline Michael O’Leary said this move was “the minimum that we need just to survive the next 12 months”.