Flights: Southend Airport staff to strike at Christmas – how... 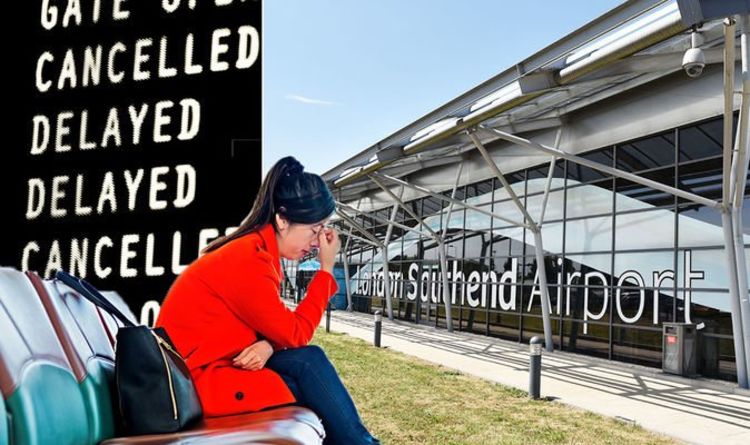 London Southend Airport staff are set to go on strike next week. The move comes as many Britons jet off on holidays over the Christmas period. Flights could be thrown into chaos by the industrial action – this is what you need to know and the latest travel advice.

Strike action has been announced at Southend Airport over Christmas.

UK trade union GMB claimed today that talks between them and Stobart Aviation services had “broken down.”

Stobart Group invests in, develops and operates a number of aviation-related businesses focused on meeting the growing demand for airport capacity and improved customer experience.

GMB London said in a statement: “We made a number of requests to both companies to agree to recognise GMB but the company has failed to listen, therefore taking strike action is our only option.”

READ MORE: What to do if your flight to delayed or cancelled this Christmas

The strike action is due to take place on Christmas Eve, Christmas Day and Boxing Day.

A meeting between GMB and Stobart Aviation Services arranged by ACAS took place as a way of preventing strike action over the Christmas period, but the company continued to refuse to the union recognition, claimed GMB.

Meanwhile, Stobart Aviation “refused” to engage with union on the issue altogether.

Gary Pearce, GMB Regional Organiser said: “Despite the assistance of ACAS talks have broken down and it is now inevitable that our members at Southend Airport will be taking strike action on Christmas Eve, Christmas day and Boxing Day.

“We made a number of requests to both companies to agree to recognise GMB but the company have failed to listen, therefore taking strike action is our only option.”