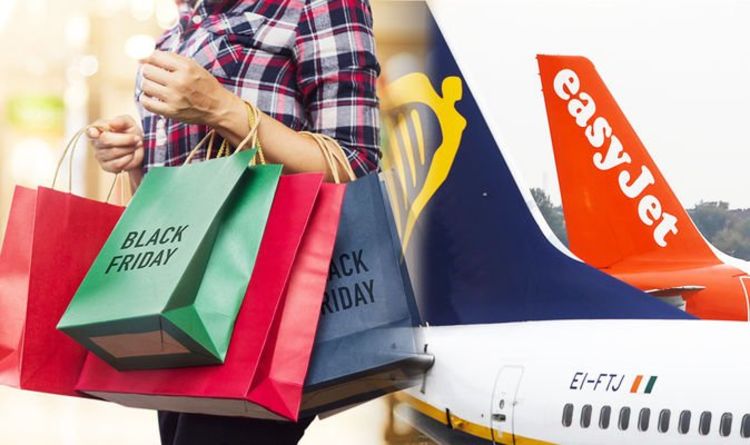 Black Friday is fast approaching and shoppers are gearing up to get their hands on all kinds of deals on 29 November. Among the bargains on offer, airlines and holiday companies often boast their own money-saving deals. However, consumer rights organisation Which? are warning customers against so-called “misleading deals”. How can customers make sure the holiday offerings they see are legitimate?

Last year, Ryanair offered a 25 percent off one million seats purchased by midnight on Black Friday.

The seats were available on flights between January and April 2019.

According to Which? “none of the flights Which? Travel checked were any cheaper on 23 November than they were when checked two weeks later. Two flights – London Stansted to Oslo and London Stansted to Lanzarote – were actually £5 more expensive on Black Friday.”

The consumer rights brand also claim there was little availability on the deals mentioned.

The report states: “Out of 10 Ryanair flights, only six routes were available at the headline sale price offered on Black Friday. A sale flight from London Stansted to Barcelona, advertised at £4.88, did not appear to exist at all for the dates advertised.”

However, a spokesperson from Ryanair said:“Ryanair has the lowest fares in the UK – with an average fare of just £37 – and we continue to cut air fares (down -5% this year; see H1 results PR here), so there’s never been a better time to book and fly with Ryanair.

“Ryanair complies fully with UK advertising laws. We expressly advertise that sale fares are subject to availability so it is not surprising that, by the time Which eventually got around to checking the sale prices, some of the sale prices were no longer available”.”

The report also pointed the finger at easyJet, who boasted a £50 on 60,000 hot city breaks.

Which? reportedly looked at 21 holidays as part of their research, and discovered that just “eight of them were cheaper just two weeks later”.

Express.co.uk has reached out to easyJet to find out their perspective

However, the budget airline has already recently launched a whopping number of sales, with Money Saving Expert Martin Lewis urging Britons to snap up their £30 flight offering.

The deal covers flights spanning the Autumn season next year.

Little is known yet about their Black Friday offering for this year.

Other airlines who are suggested to have boasted deals that didn’t live up to reality were Norwegian Air and TUI.

The report claims that Norwegian Air advertised Black Friday discounts ‘up to 30 percent off short-haul fares and 15 percent off long-haul fares’. “When Which? Travel investigated, the average saving was just £6,” says the report. “The biggest saving, almost £24, was for a flight from London Gatwick to Buenos Aires, which if purchased on Black Friday cost £226 – a less significant 10 percent off the price Which? Travel found on 7 December.”

However, the Norwegian airline has bitten back, saying that the saving offered was based on the net not gross fares, excluding taxes and charges.

TUI offered discount codes worth up to £15 off selected breaks, but Which? report these codes being invalid on two of the five holidays they included in their report.

Express.co.uk has contacted TUI for comment on these findings.