Flybe flights: Airline goes bust after 40 years of flying – what are passenger rights? 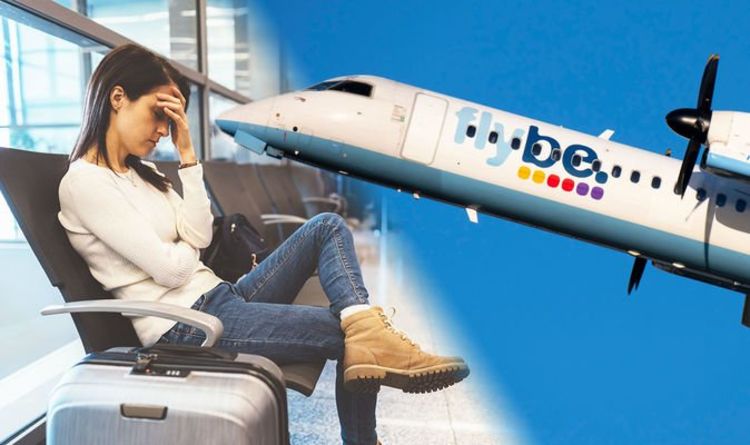 Why is this different from the Thomas Cook collapse?

When Thomas Cook went into administration last year passengers were given a refund for their holiday because most of the package deals were booked under the ATOL protection scheme.

However, few Flybe customers booked a package deal due to the nature of the airline.

What happens if I have a hotel booked?

Unfortunately, the airline is not responsible for any further bookings associated with wider holiday plans. The best thing to do is to contact your hotel and inform them of the situation. They may be able to offer some kind of flexibility around the booking.

Will travel insurance cover me?

This depends on the type of travel insurance package you have, it is always important to read the terms and conditions of your policy to make sure the specific problem is covered. According to the Research by data analysts Defaqto almost half of travel insurance policies offer scheduled airline failure cover, while a further 9 percent offer it as an additional extra.

However, worryingly that leads 42 percent of travellers with no airline failure cover.

Rory Boland, Which? Travel editor, said: “This will be terrible news to Flybe passengers, many of whom were loyal customers and used the airline regularly.

“Unlike Thomas Cook’s collapse, most people flying Flybe won’t have ATOL protection so the government is unlikely to step in and repatriate those abroad or provide refunds.

“Instead passengers with travel insurance should check if their policy includes scheduled operator failure cover.

“Alternately, those who booked tickets costing more than £100 with a credit card will be able to claim from their credit card provider.

“If the tickets were under £100 or booked with a debit card, passengers can try to use chargeback from their bank or card provider.”

The airline initially announced it was having financial struggles in early January, causing controversy with other airlines with the government said they would step in with financial aid.

As part of the January rescue deal, it agreed on an arrangement to defer tax payments of “less than £10 million” with HM Revenue and Customs.

Alan Hudson, Joint Administrator, said: “Despite an agreement with the Government to provide assistance to the Company, added pressures on the travel industry in the last few weeks have further deepened the severity of its financial situation. Flybe had already been impacted by rising fuel costs, currency volatility, and market uncertainty.

“As well as carrying out our duty as Administrators, we are also supporting Flybe’s employees and customers at this incredibly difficult time.”

According to the BBC, the collapse is said to put around 2,000 jobs at risk.

According to a statement: “The majority of the workforce will be made redundant.”

Commenting on Flybe’s collapse, Alana Gomez, spokesperson for flight-comparison site www.jetcost.co.uk, said: “Coronavirus will likely become the scapegoat for Flybe’s collapse, but it would be obtuse and even dangerous to blame it wholly for the situation; the airline has been struggling for some time now, and would likely have still gone under without the assistance of the virus.

“Despite its somewhat inevitability, the news about Flybe is deeply upsetting, not only for the travel industry as a whole, but for the 2,000 members of staff and local communities that will be hit the hardest. As one of the UK’s biggest regional airlines, a number of airports – such as Southampton and Anglesey – rely heavily on Flybe, and unless an alternative is sought, they could be in trouble themselves.”