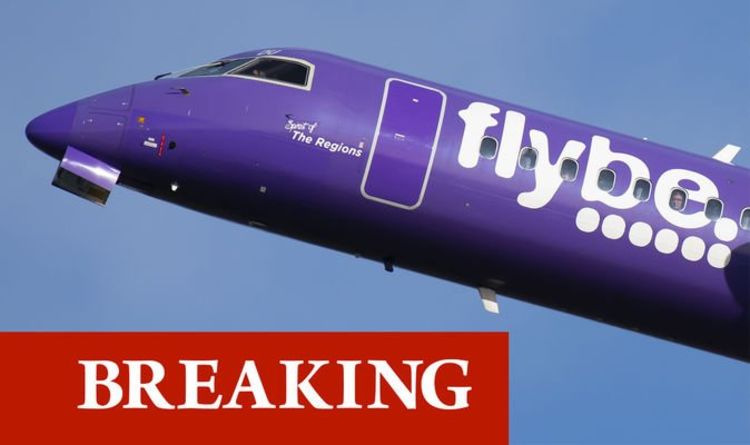 Varying reports have come out about the current status of FlyBe, following insider reports the airline was facing difficulties.

According to the BBC, the airline is “set to collapse within hours” just months after it narrowly avoided administration in January.

He said via Twitter: “I’m told staff from EY, the accountancy firm, are travelling to regional airports across the UK in preparation for Flybe falling into administration in the coming hours.

“As I reported earlier, there was little prospect of the company surviving until next week’s Budget.”

ITV News’ business and economics editor Joel Hill added the airline was waiting for scheduled flights to land before putting the business into administration.

He said via Twitter: “I’m told that Flybe is waiting for the last scheduled flight to land tonight before putting the business into administration.”

“Birmingham to Glasgow FlyBe flight has diverted to Manchester.

“Staff are being taken off their aircraft and being told the bad news.”

After reports of disruption to flights at Glasgow Airport, FlyBe said there had been a “miscommunication” over refuelling of two services to Birmingham.

A spokeswoman for the airliner said: “FlyBe can confirm that, following a miscommunication regarding re-fuelling this evening, two flights were delayed and that due to the crew now being out of hours, have been cancelled.

“We sincerely apologise to those passengers inconvenienced by the disruption to their travel plans.”

FlyBe had allegedly warned the government it was on the verge of collapse according to Sky News, and allegedly renewed pleads for emergency financial support.

The company was initially hoping it would survive until the budget next week when a promised review of Air Passenger Duty (APD) charges would take place.

The Exeter-based airline serves the more remote parts of the UK, including the Channel Islands and the Isle of Man.

The company’s new owners promised a £30 million lifeline in January, as they continued government appeals.

However, an insider told the BBC the coronavirus had “made a bad situation much worse”.