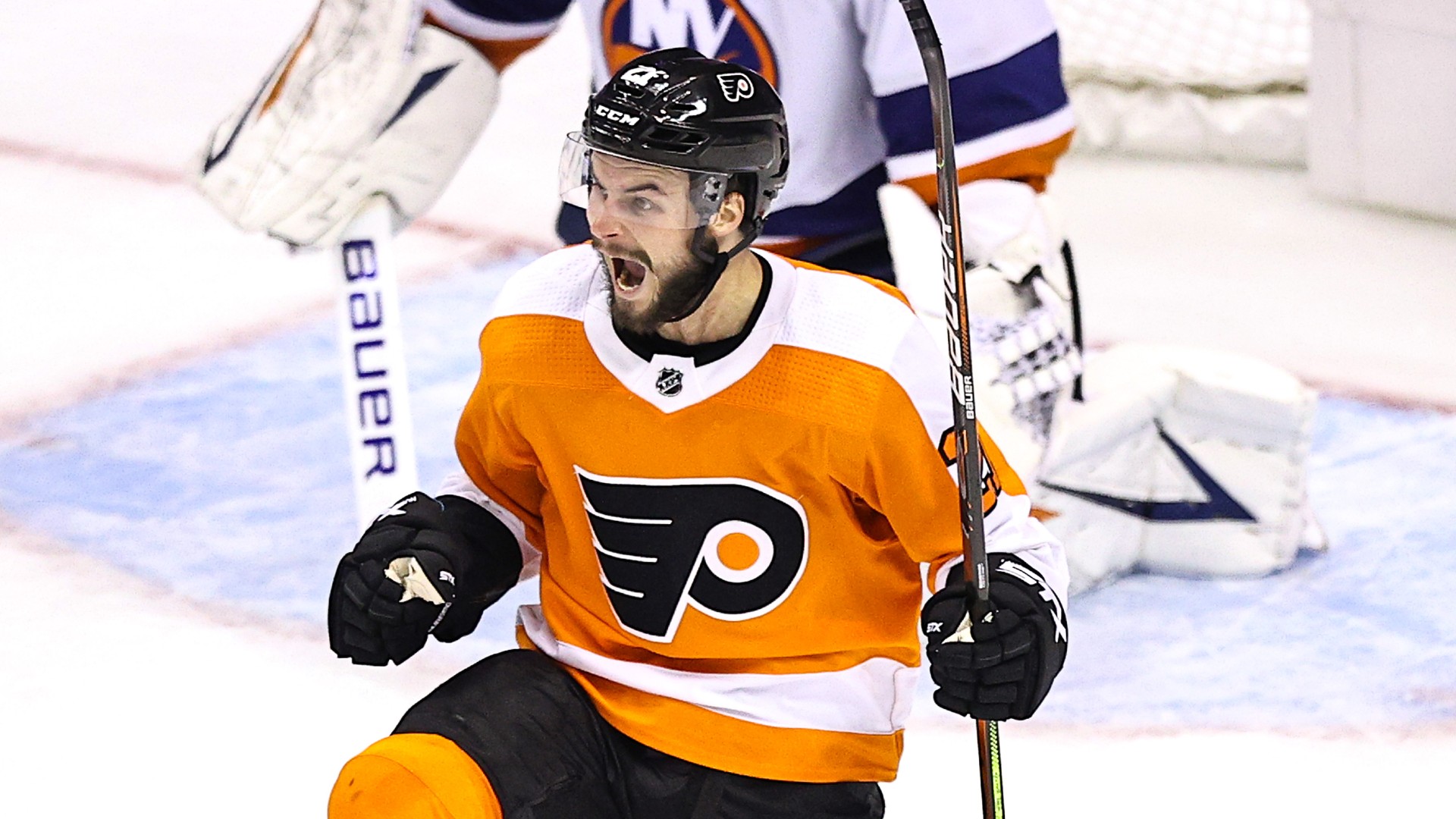 Tuesday’s Game 6, a must-win for the Flyers in their series with the Islanders, had it all — or, as coach Alain Vigneault said with a laugh, “(We) found a way to make it interesting.”

Philadelphia was staked to a 3-1 lead thanks to three players getting their first goals of the postseason — one, captain Claude Giroux, got his first in 15 playoff games, not including his three scoreless games in the round robin, dating back to 2018.

It had a two-goal comeback by the Islanders in the last five minutes of the game, with another guy, Derick Brassard, getting his first in the bubble to tie it up.

And it had an unlikely overtime hero in Scott Laughton, who kept the Flyers’ hopes alive by scoring his co-team-leading fourth playoff goal. Laughton had a career-high 13 goals in the 2019-20 regular season and just one goal in his nine previous playoff games.

“(My emotions) were pretty high, I was pretty fired up. I think probably one of the bigger goals in my career to score” Laughton said postgame. “Obviously a nice feeling but (Ivan Provorov) did a good job of getting it to the net and just tried to get my stick on it. So, was really excited but … we’re still down in the series and we’ve got a lot of work to do.”

While Laughton’s goal was huge, keeping the Flyers alive in their best-of-seven series with the Islanders, the first-period goal by Giroux to get his team on the board was big. He scored 53 points (21 goals, 32 assists) in 69 games during the COVID-19-shortened 2019-20 season, but had been scoreless thus far in the bubble. His ability to perform in the playoffs has also been called into question as he only has 25 goals in 83 playoff games — two in his last 26.

“You want to produce, you want to be able to help the team and I was able to get a stick on it,” Giroux said. “I had a few chances in the first and just couldn’t find the back of the net and when that went in it obviously felt pretty good.”

Philadelphia now trails New York 3-2 in the series (Game 6 is Thursday), but the team does have some experience with comebacks. Both Giroux and James van Riemsdyk were part of the 2010 team that trailed 3-0 to Boston before winning in seven; Vigneault led a Rangers team back twice from 3-1 deficits, which is where this year’s team was. Oh, and one of those Rangers’ series was against the Capitals — led by current Islanders coach, Barry Trotz.