For Sen. Tim Kaine Of Virginia, Presidential Power Has Gone Too Far 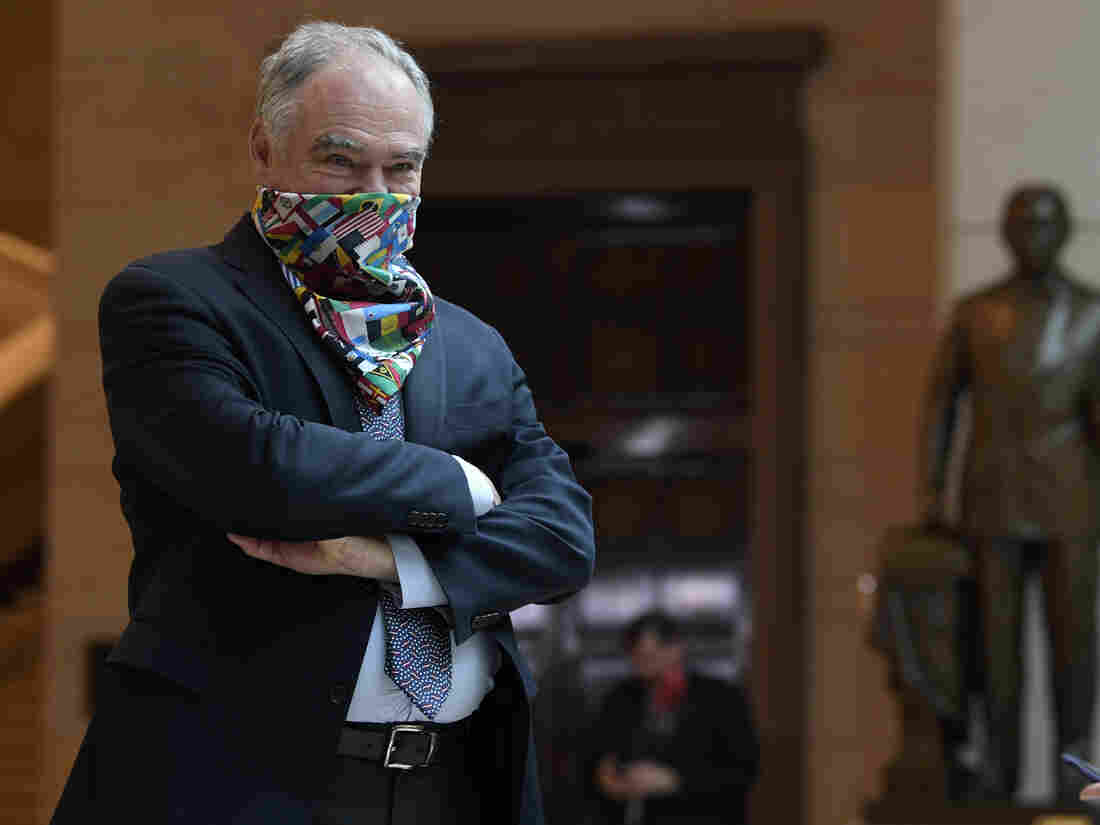 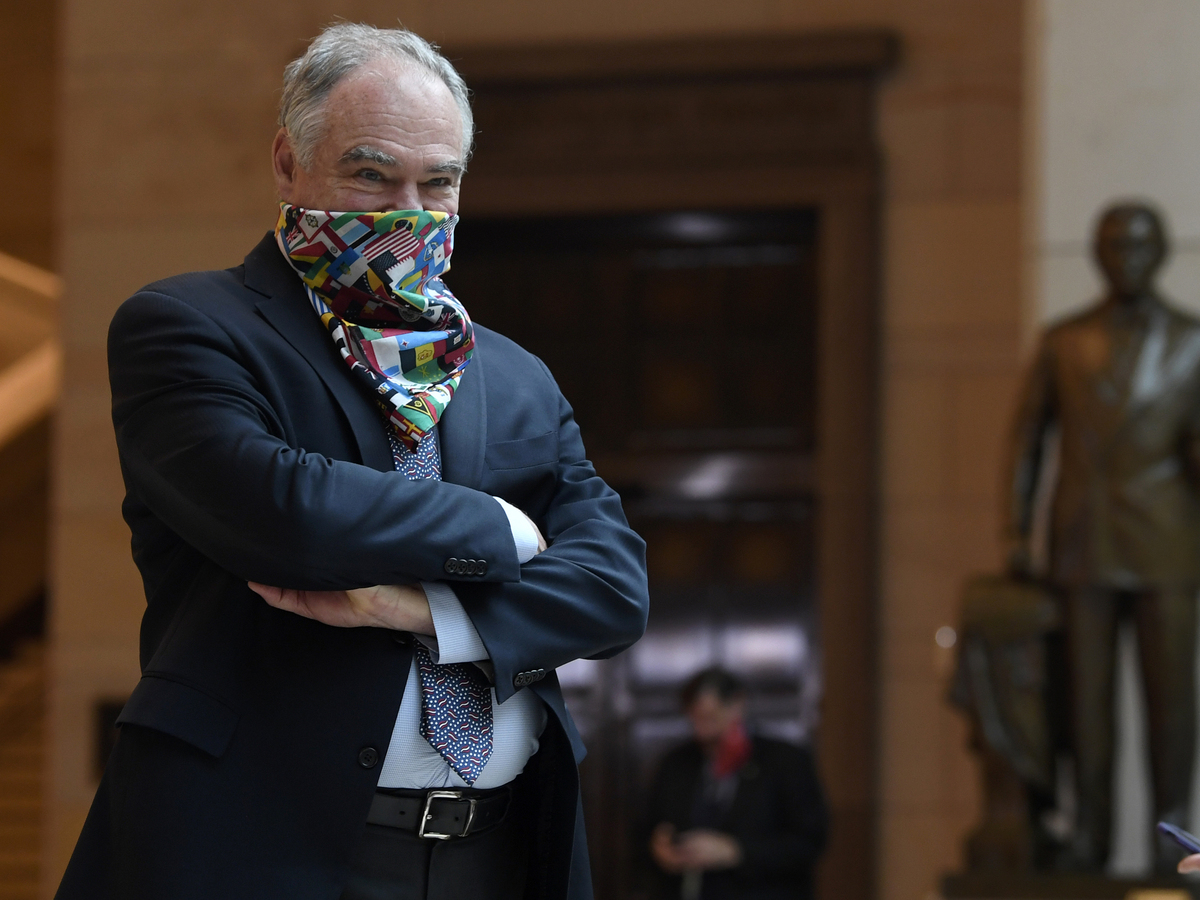 Sen. Tim Kaine, D-Va., on Capitol Hill earlier this month. In an interview with NPR’s Michel Martin, Kaine encouraged Congress to reassert its authority as a coequal branch of government.

Presidential power only goes so far — and then Congress has the constitutional duty to assert its authority, Democratic Sen. Tim Kaine of Virginia told NPR’s Michel Martin in an interview Saturday.

Kaine’s comments come amid renewed criticism among Democrats and some Republicans that President Trump repeatedly engages in executive overreach. Some point to the administration’s move this month to remove New York federal prosecutor Geoffrey Berman, who had been investigating some of Trump’s associates. Others cite the Justice Department’s decision to drop the case against the president’s former national security adviser Michael Flynn, who had pleaded guilty to making false statements to the FBI during the Russia investigation.

Presidential assertions of executive power are nothing new, Kaine said, pointing to Barack Obama and George W. Bush as examples of commanders in chief who believed they could engage in military activity without a vote from Congress. But the Trump administration goes too far, Kaine said, citing the Flynn case as well as Trump’s taking money out of the defense budget to use for a border wall, and blocking witnesses from testifying before congressional committees.

Some powers belong to Congress alone, Kaine said, such as starting trade wars and imposing tariffs. “Presidents take these powers, but Congress has basically just allowed them to,” he said.

Kaine was especially critical of what he called the highly politicized pardons of people such as Joe Arpaio, the former sheriff of Maricopa County, Ariz., who was pardoned by Trump after a conviction for criminal contempt of court; or I. Lewis “Scooter” Libby Jr., former Vice President Dick Cheney’s chief of staff, convicted of perjury and obstruction of justice in connection with the leak of a CIA officer’s identity.

These pardons, Kaine said, are “almost like messages to others: ‘Hey, stick with me and I’ll pardon you if you don’t say anything bad about me.’ “

While Kaine is critical of presidents for taking on powers not explicitly conferred by the Constitution, the senator said he’s even more critical of a Congress that abdicates its authority to push back. “When Congress abdicates, we just allow this to happen. And Congress has been abdicating — and frankly it’s been a bipartisan problem for too long,” he said.

Ultimately, Kaine said he believes Congress has let the balance of power between the branches of government become disturbed. “We’ve let power that was supposed to be at one end of Pennsylvania Avenue run down to the other end,” Kaine said. “There’s got to be a balance, and we need to reclaim some of it.”

Kaine said he is hopeful a bipartisan solution is possible. Trump’s attempts at asserting authority is “making a lot of us grapple with the fact that Congresses of both parties under presidents of both parties have let the balance get out of whack,” he said.

But Kaine acknowledged that for some Democrats, complaining about executive overreach might be a matter of what he called “situational ethics.” There’s a possibility, he said, that they might turn a blind eye if presumptive Democratic presidential nominee Joe Biden wins office. “When I was raising real concerns about President Obama’s decision to unilaterally engage in military activity, Democrats in my own Senate caucus were basically yelling at me and telling me to knock it off,” Kaine said.

That said, given Biden’s decades of experience in Congress, Kaine said he is confident a Biden presidency would take pains not to engage in political overreach that tramples over the legislative branch. Biden has “a completely different attitude toward the role of the Article I branch than President Trump does,” Kaine said.