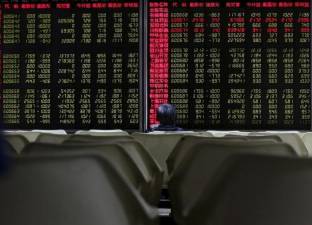 BENGALURU: Foreign investors are aggressively selling Asian equities this month amid worries of a deeper economic fallout from the coronavirus outbreak in the region.

Radhika Rao, an economist at DBS Bank, said the outbreak was expected to take an economic toll on the region given its proximity and strong trade and production linkages with China.

“Travel bans have hit the tourism sector across the region, while supply chain disruptions within China will weigh on the export and manufacturing performance of export-dependent economies,” she said.

South Korea is one of the most severely affected countries outside mainland China, with the total number of infections at 7,478 and the death toll at 51.

Indian equities, which are also hit by a turmoil at private sector lender Yes Bank, saw an outflow of $ 1.7 billion.

Indonesian and Philippine equities witnessed the least amount of foreign fund outflows, with just about $ 108 million and $ 65 million, respectively.

MSCI’s broadest index of Asia-Pacific shares outside Japan has declined 11.8% so far this year, after rising about 16% in 2019.

The flu-like virus has now left 4,000 people dead worldwide and infected more than 114,000, according to a Reuters tally of government announcements.

However, there was some sign of relief this week, with China and South Korea both reporting a slowdown in new infections.

“With the outbreak only just starting to spread in Europe and the United States, further outflows can be expected even as infections appear to be under control in China,” said Khoon Goh, head of Asia research at ANZ. – Reuters