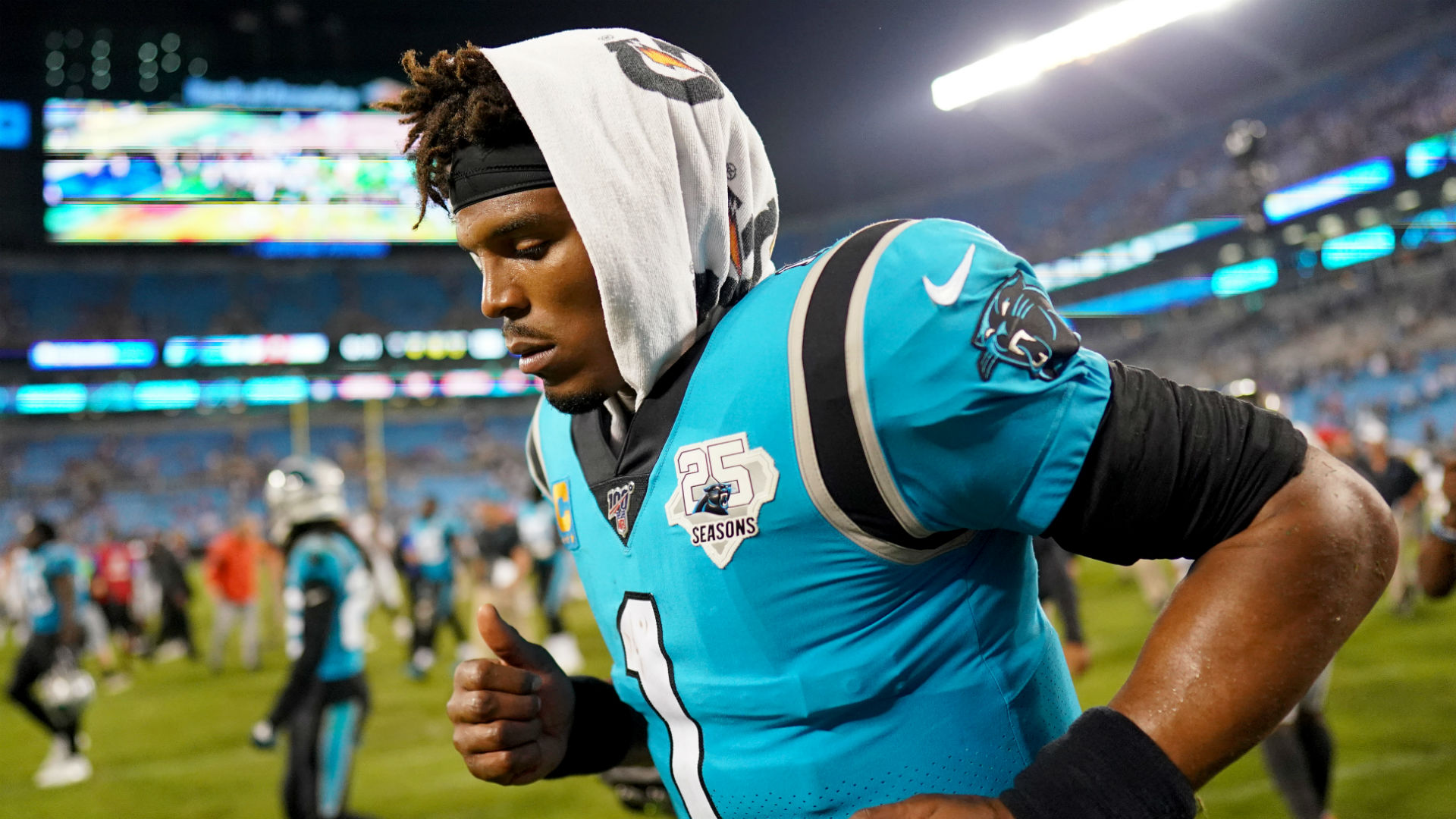 Cam Newton remains one of the best — and most surprising — players still available in NFL free agency, in large part due to the fear he can’t throw the ball at a high level following shoulder surgery.

Newton has a notable history injury, which includes two shoulder surgeries in three seasons and a Lisfranc fracture that ended his 2019 campaign before he could show whether he had returned to form. Unfair or not, those issues make him a high risk to sign. But one of his former teammates says the Panthers are to blame for mismanaging his injuries over the past few seasons.

Fullback Mike Tolbert, who played with Newton from 2012 to 2016, told The Athletic that the team bungled the timing of Newton’s surgeries, pointing to his torn rotator cuff in 2018. He provided that answer when asked whether the Panthers were wrong to release him a week after free agency started.

“They’ve been doing him wrong timing-wise for the past two or three years, if you ask me. It goes back to his shoulder surgery. Everyone knew his shoulder was messed up in the middle of the year two years ago. But they wait until offseason gets ready to start to have shoulder surgery. Makes no sense. Timing’s off.

As soon as he got hurt (last) preseason against the Patriots, they were saying, “Oh, he’s got a high ankle sprain.” I looked at it on film carefully. It’s not a high ankle sprain, you could tell that 10 minutes after the play. You knew it’s a mid-foot sprain, Lisfranc, something like that. But you wait till December for him to beg you to have surgery. He shouldn’t have been out there Week 1 and 2. He shouldn’t have been out there probably till Week 4 or 5, at minimum.”

Newton, the No. 1 pick in the 2011 NFL Draft and 2015 NFL MVP, wasn’t retained under first-year coach Matt Rhule. Carolina at first gave Newton “permission” to seek a trade — the wording of which greatly agitated the quarterback — before cutting him a week later.

Considering Newton doesn’t want to sign as a backup to an established starter — and considering most teams have already made quarterback moves in the COVID-19-affected offseason — it could be some time before Newton finds a new team.

Whatever comes next for Newton, here’s hoping health follows him.