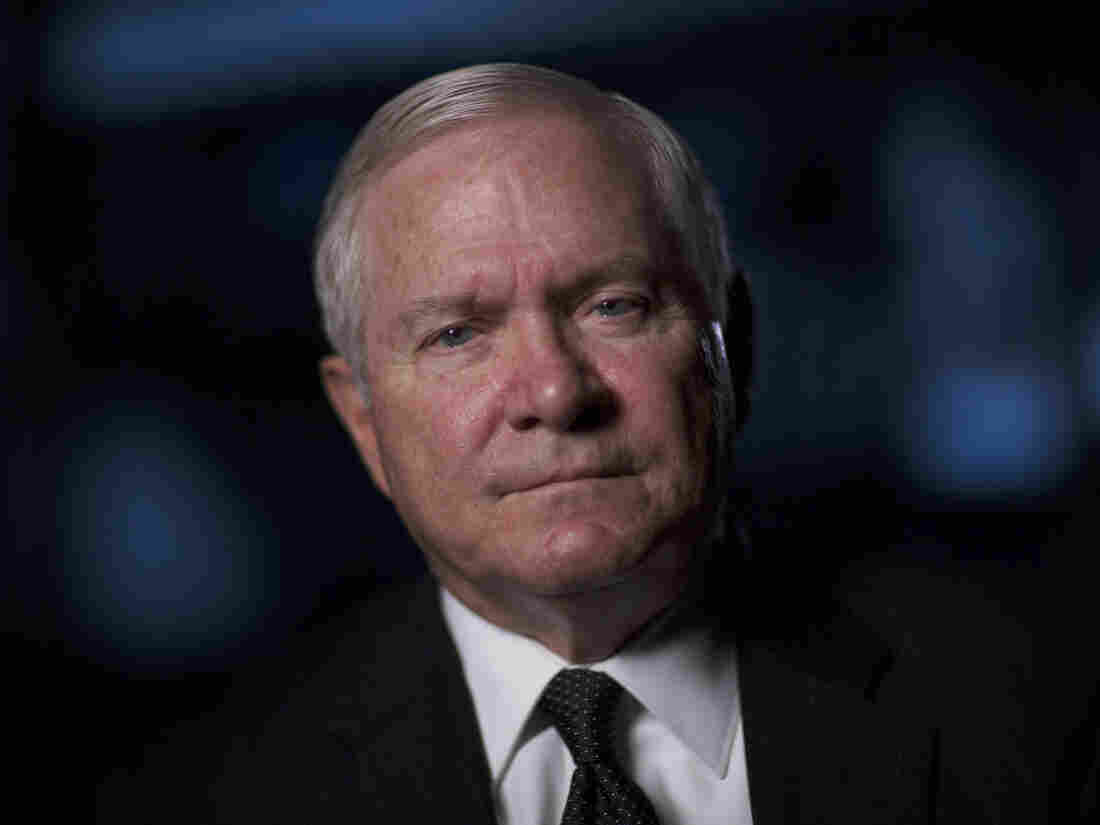 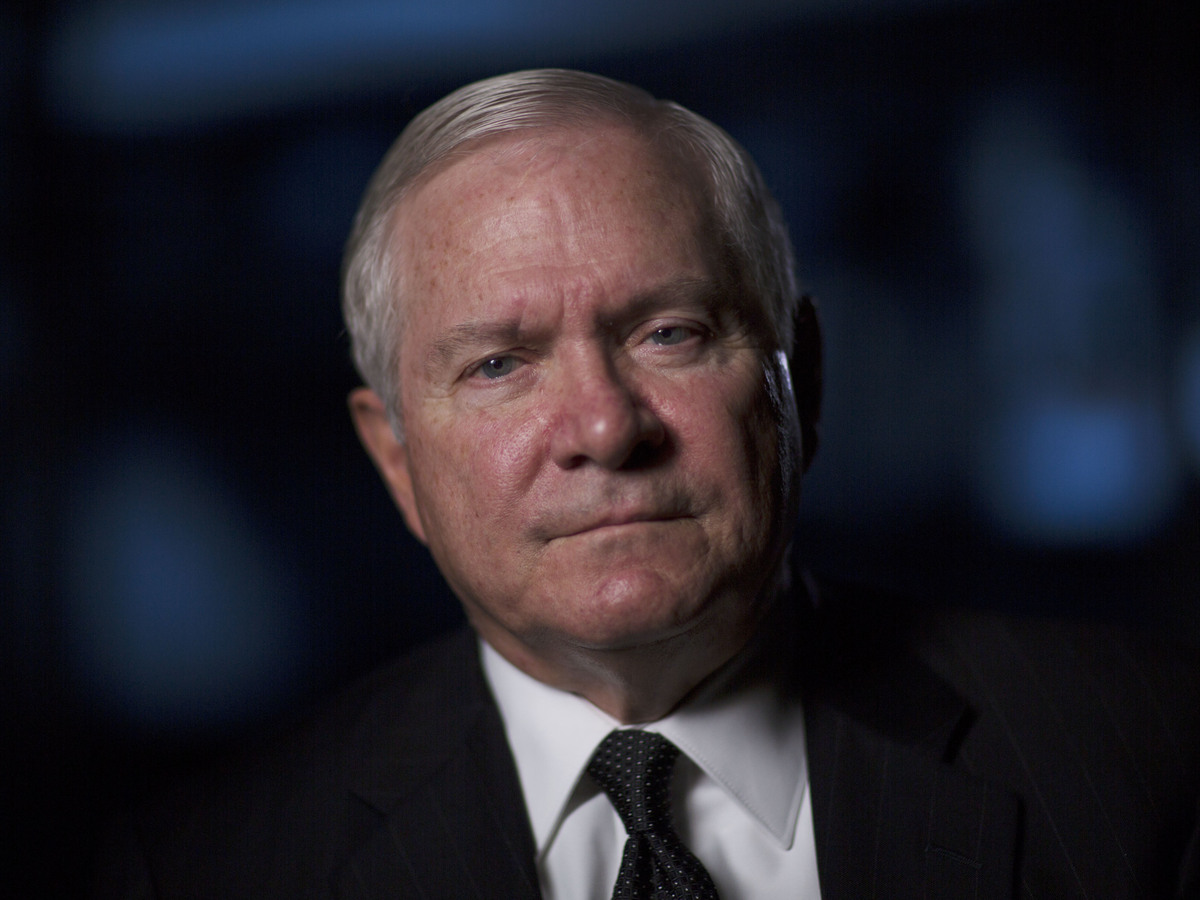 Former Defense Secretary and CIA chief Robert Gates said Thursday that it was “misguided” and “a bad mistake” to push away peaceful protesters at St. John’s Church in Washington, D.C., where they had congregated on June 1 after the death of George Floyd at the hands of Minneapolis police officers.

The area was cleared with chemical irritants before President Trump took a photo with the Bible in front of the church.

Gates, who was secretary of defense from 2006 to 2011 under Presidents Bush and Obama, spoke with NPR about his new book, Exercise of Power: American Failures, Successes, and a New Path Forward in the Post-Cold War World.

In the conversation, he weighed in on President Trump’s response to the protest movement against racial injustice. He said it’s time to change the names of Confederate bases. “There comes a moment when things become possible and people ought to seize a moment when it presents itself, and this is such a moment.”

Gates reflected on former Defense Secretary Jim Mattis’ statement of criticism of President Trump’s leadership, published on June 4, saying he agrees with Mattis: “It’s hard to disagree that this president is a divider.”

He continued: “I think that we are in a weaker position in the world today than we were three years ago.”

Looking to November, Gates said “I think that what the country needs is somebody who will try to bring us together.” He added that despite disagreements on foreign policy, presidential candidate and former Vice President Joe Biden is “a man of great integrity” and a “decent human being.”

On the use of security forces to clear protesters at St. John’s Church

I don’t know whether it was an abuse of presidential power. It certainly was, in my view, misguided and a bad mistake in terms of pushing away peaceful protesters. I do agree with my former colleagues’ opposition to the invocation of the Insurrection Act, I think that would have been a mistake. Obviously, the president has the authority to use it, but it would have been very unwise.

On the military bases named after Confederate officers

I see that the president has come out against any change. I think as I agree with the Secretary of Defense [Mark] Esper and the Secretary of the Army Ryan McCarthy, that we should entertain changing the names of those of those military facilities. It’s always puzzled me we don’t have a Fort Washington or a Fort Ulysses S. Grant or a military facility named for an African-American Medal of Honor recipient. I think what what we see today is a movement to to remove the symbols of the Confederacy that celebrate it as opposed to understanding it and remembering it.

We were involved in two active wars when I was secretary of defense. …. I just think there comes a moment in time when things become possible and people ought to seize that moment when it presents itself. I think this is such a moment.

I think it’s just a reality that that this president has not seen it as one of his priorities to try and bring people together, either in general or in response to terrible events, whether it’s the pandemic or the response to to George Floyd’s death. It’s hard to disagree that this president is a divider. He’s not the only one in American history, but he certainly has taken it, I think, to a level that we haven’t seen in quite a long time. So, in that respect, I agree with Jim Mattis.

Well, I think I think that there’s a distinction to be made between what he says and what he does. For example, I supported his outreach to Kim Jong Un in North Korea. Everything else we’ve tried for the preceding quarter of a century had not worked. I supported his challenging of the Chinese. The Chinese had gotten away with a lot of things for a lot of years. So there are important things, at least in the realm that I’m familiar with, where I have thought he his initiatives, at least, were the right things to do. They haven’t proved to be particularly successful. But at the same time, he has weakened our alliances, which I think is a critically important element of American national security. There are puts and their are takes. I think that we are in a weaker position in the world today than we were three years ago.

What I will say is, I wrote in my book Duty in 2014, that I thought Joe Biden had been wrong on almost every major foreign policy issue over the preceding 40 years. I wrote on the same page, though, that I regarded Joe Biden as a man of great integrity, a very decent human being, as somebody that if you had a personal problem or an issue, Joe Biden would be there to help you. So although I’ve got a lot of policy disagreements with the former vice president, he is a decent person. I think that what the country needs is somebody who will try to bring us together.

- Advertisement -
Facebook
Twitter
Pinterest
WhatsApp
Linkedin
ReddIt
Email
Tumblr
VK
Previous article‘They had a huge opportunity’: People of color on Trump’s team reckon with a backlash
Next article'Warzone' jailbreak: When it happens, what it means for 'Call of Duty: Modern Warfare' players