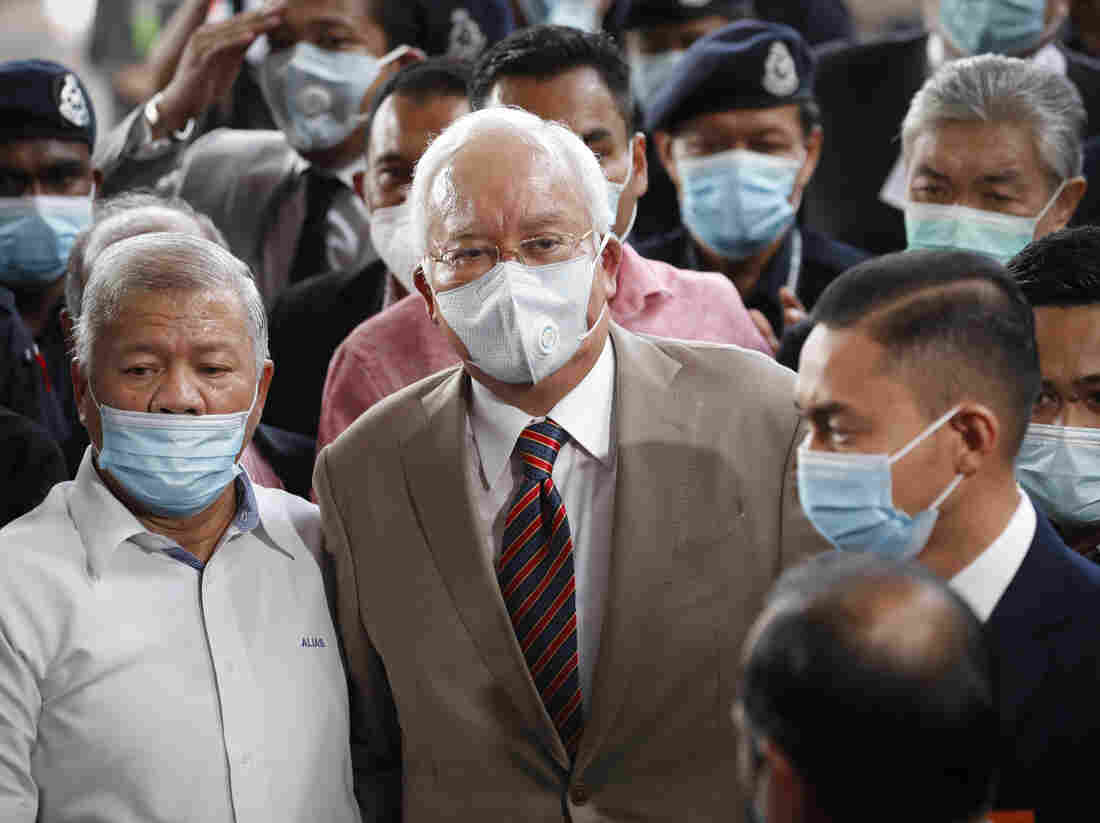 Former Malaysian Prime Minister Najib Razak, center, wearing a face mask with his supporters, arrives at the courthouse in Kuala Lumpur, Malaysia, on Tuesday. Najib was found guilty of corruption in the first of several trials linked to the multibillion-dollar looting of the 1MDB state investment fund. Vincent Thian/AP hide caption 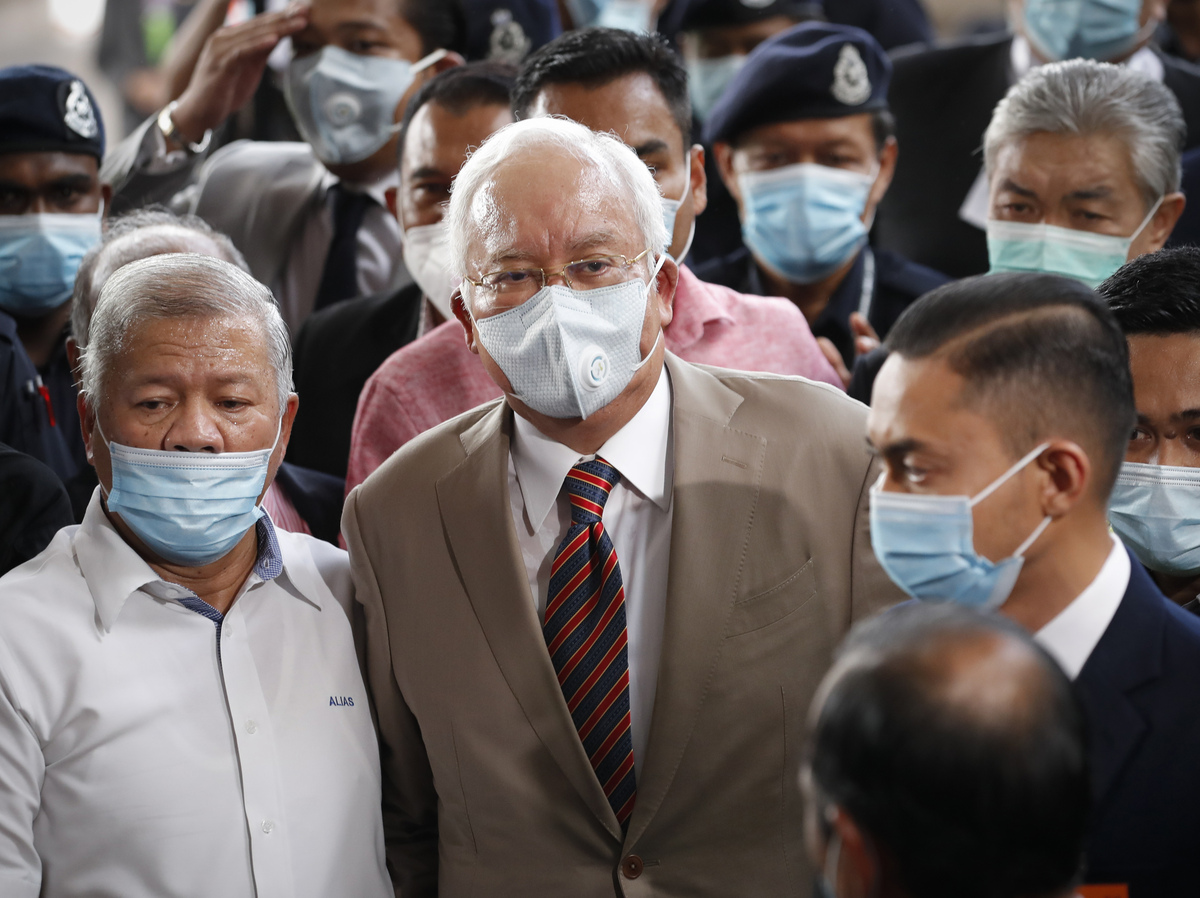 Former Malaysian Prime Minister Najib Razak, center, wearing a face mask with his supporters, arrives at the courthouse in Kuala Lumpur, Malaysia, on Tuesday. Najib was found guilty of corruption in the first of several trials linked to the multibillion-dollar looting of the 1MDB state investment fund.

Malaysia’s former Prime Minister Najib Razak has been found guilty on all counts in the first of his multiple corruption trials over a massive scheme to divert an estimated billion dollars from a state investment fund to his personal accounts.

The landmark criminal case involving the 1Malaysia Development Berhad, or 1MBD sovereign wealth fund, has not only ensnared Najib, but other prominent Malaysian figures and Goldman Sachs, one of the world’s largest investment banks.

“After considering all evidence in this trial, I find that the prosecution has successfully proven its case beyond a reasonable doubt,” Kuala Lumpur High Court Judge Mohamad Nazlan Mohamad Ghazali said.

Outside the courtroom, hundreds of supporters of the former prime minister gathered to call for his release.

Najib, who held the dual posts of prime minister and finance minister until he was voted out of office two years ago, was found guilty on seven counts of money laundering, abuse of power and criminal breach of trust. Each charge carries 15 to 20 years in prison. He pleaded not guilty.

Najib, 67, has vowed to appeal the conviction and his lawyers are seeking a delay in sentencing. In at least two more trials in the looting of 1MDB, the former prime minister faces dozens of additional charges.

The trial that ended Tuesday is the first of several that the former premier faces. In it, prosecutors said he received $ 10 million from the 1MDB fund — but cumulatively, Najib is believed to have siphoned the equivalent of about a billion dollars from the fund.

“This decision actually reaffirms that the rule of law is working,” says Bridget Welsh, a Malaysia expert with the Asia Research Institute of the University of Nottingham Malaysia.

“The judge was very careful in laying out his decision,” she said. “And with that, there has been a sense of justice.”

Among other things, prosecutors traced the money to the purchase of a mega yacht, a Picasso painting and an investment in the 2013 Hollywood film The Wolf of Wall Street.

Last week, the U.S.-based Goldman Sachs reached a $ 3.9 billion settlement with Malaysia over its role in arranging and underwriting 1MDB. Malaysia accused Goldman of misleading investors over three multi-billion dollar bond sales to raise money for the fund.

Revelations of the massive scheme led to Najib’s governing coalition being swept from office in May 2018. Days after his loss at the polls, police descended on one of Najib’s residences in a pre-dawn raid, confiscating dozens of suitcases containing cash, jewelry and hundreds of designer bags in connection with the 1MDB probe.

Najib and his lawyers have argued that the charges against him are politically motivated and that he was the victim of a financial scam and was misled by fugitive financier Jho Low and others who stood to gain from the scheme.

Jho Low, who maintains his innocence, has been charged in both the U.S. and Malaysia. However, he remains at large.

A lawsuit filed by the U.S. Justice Department in 2016 sought to seize dozens of properties tied to 1MDB, alleging that more than $ 3.5 billion was misappropriated. Last year, the Justice Department announced that it had reached a settlement to recover some $ 700 million of that sum.