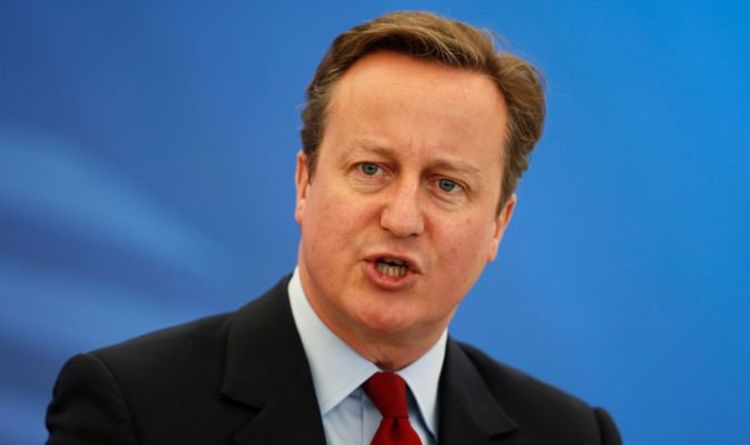 The blaze started at 10.30pm on Monday in the Cotswolds village where David Cameron lives with his young family. The fire spread within seconds after the suspect hurled a firebomb through a window. However, the attacker had the wrong address.

The arsonist damaged one of the neighbouring properties after targeting the former Prime Minister, not the home where Mr Cameron lives with wife Samantha, 48, and their three children.

The property is a chocolate box cottage owned by an 81-year-old woman who had moved out last year to live with relatives.

The cottage was gutted and workmen were forced to demolish it after it was deemed structurally unsafe.

A 33-year-old man from Wellingborough, Northants, was arrested on suspicion of arson.

He was released under investigation but detained under the Mental Health Act.

Mr Cameron’s £1.3million five-bedroom Victorian home is less than 50 yards away from the property the attacker set fire to.

A review into his security is being carried out as a routine measure.

According to reports by The Sun Mr Cameron offered firefighters cups of tea and assessed the damage to the cottage, while wearing his slippers.

“They’ve had a fire engine here for the last couple of days.

“I’ve heard a man has been arrested but I can’t say anything.

“I was not home on Monday night when it happened, I came down as soon as I heard.

“There was a woman who lived there but she moved out about a year ago, a lovely old lady.

“Thankfully, the homeowner is living with relatives but she is very shaken up.

“It is a huge relief that it was empty and no one was hurt.

“This is now being pursued by the police and so it wouldn’t be right to comment any further.”

Thames Valley Police confirmed the arrest although the Metropolitan Police said: “We are not prepared to discuss matters of security.”

ByA Ministry of Justice statement said: "Terrorists released on licence are supervised by the probation service, with the support of police and the security...
Read more

ByElaine GlusacWhen the pandemic struck, many travel insurance policies failed to cover Covid-19-related trip interruptions and cancellations, often because they excluded pandemics. But in...
Read more