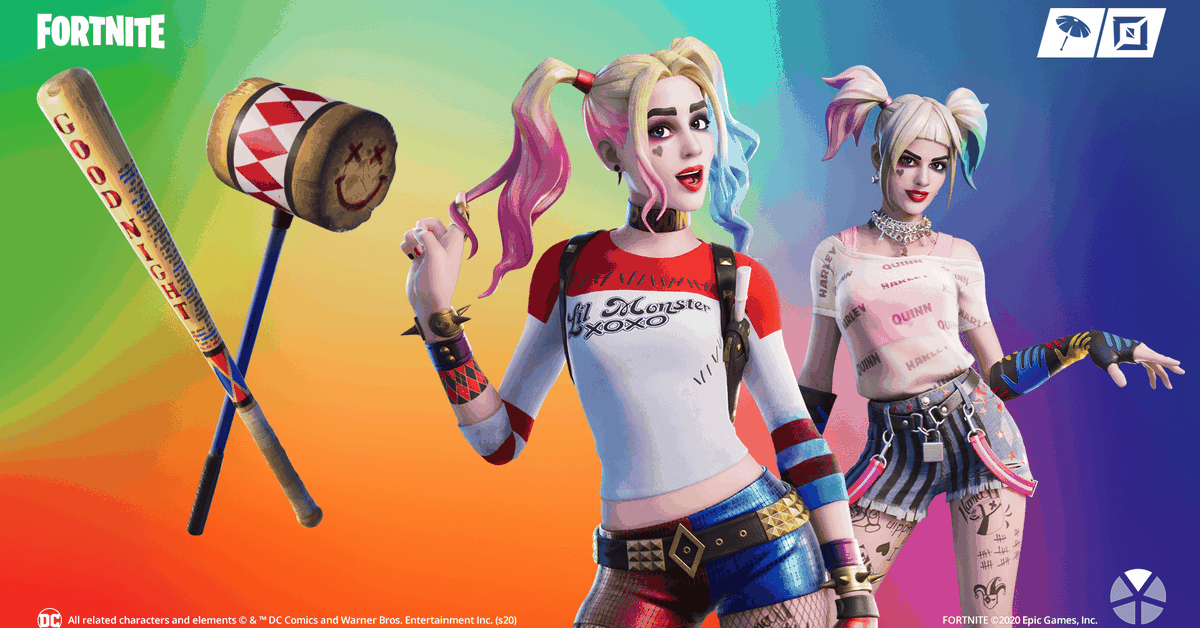 Harley Quinn is coming to Fortnite this evening. Developer Epic Games announced a new Harley Quinn skin will be available in its in-game shop at 7PM ET on February 6th, just before the movie starring the famous DC Comics character, Birds of Prey, is released in theaters.

The Harley Quinn skin will be a bundle, which includes other cosmetics like a pickaxe as well as a set of in-game challenges that you can complete to unlock an alternate outfit, appropriately called “Always Fantabulous Harley.”

Harley Quinn is the third DC Comics character to be playable in Fortnite; Batman and Catwoman were available for purchase last year, timed with an event that also dropped Gotham City onto Fortnite’s island.

Epic Games is no stranger to bringing iconic faces into Fortnite as it works to build something that’s like a Ready Player One-style metaverse. Epic released official skins for Star Wars’ Rey and Finn, Marvel’s Black Widow and Star-Lord, and John Wick last year. And the company is even starting to introduce skins based on real people, beginning with January’s skin based on Tyler “Ninja” Blevins.

Epic has also added a new Search and Destroy limited time mode as part of its “Love and War” event. The new mode seems to play a lot like Counter-Strike, pitting two teams against each other to destroy or defend a bomb, depending on which side you’re on. There are also challenges for this mode you can complete to earn cosmetics.

Correction: Harley Quinn is actually the third DC Comics character added to Fortnite, as both Batman and Catwoman were added to the game last year. An earlier version of this story said that Harley Quinn was the second. We regret the error.