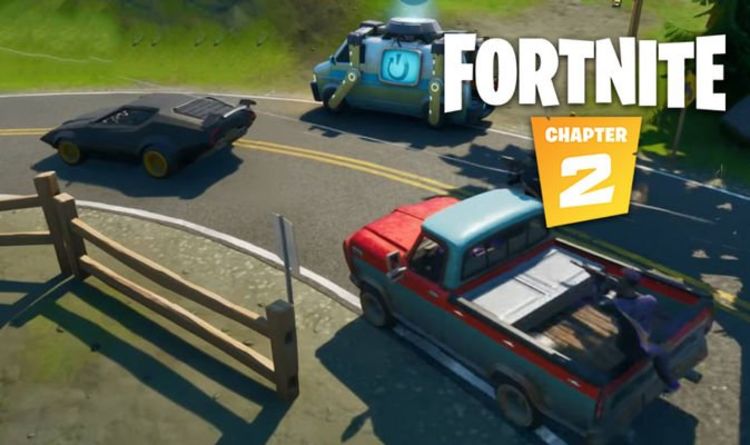 Sports cars, pick-up trucks, taxis and lorries were all shown as some of the “new ways to get around” during Fortnite season 3.

However, despite appearing in the Fortnite season 3 trailer cars weren’t available at launch for the latest Battle Pass.

One big reason for this is the latest Fortnite season launched with a map that had large swathes of it flooded, which doesn’t make for good conditions for driving.

Epic Games teased that as season 3 progressed the Fortnite map would evolve, opening up the roadways for the arrival of cars in Battle Royale.

The Fortnite makers said: “As time goes on and water recedes even more locations will be uncovered.

“And as the roadways become more open, you’ll discover new ways to get around.”