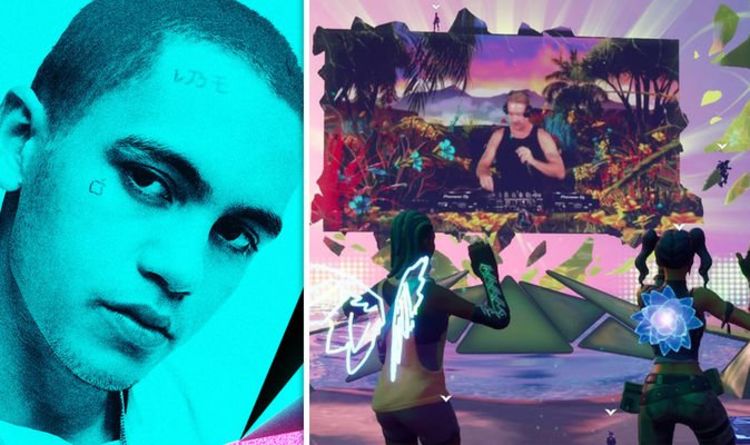 Fortnite developer Epic Games is getting ready to hold another in-game concert.

Fans can watch live stage shows as part of a series of Fortnite Presents weekly concerts.

First up is in the Fortnite Presents series is a Spotlight show featuring Dominic Fike. Fans can watch the event live by logging into Party Royale and heading to the Main Stage.

The Fortnite concert has a September 12 broadcast date and a 5pm ET start time. For fans in the UK, the concert will take place at 10pm BST.

“From our brand-new, state of the art studio in Los Angeles, CA, we’re spinning up a new live concert series in Party Royale. Get ready for Spotlight!” reads an Epic post.

“For the debut of the Spotlight concert series, star singer, rapper, and songwriter Dominic Fike is ready to bring down the house with hits from his acclaimed LP debut, ‘What Could Possibly Go Wrong.”

“Fike’s performance will be broadcast live in-game from the Party Royale Spotlight sound stage in Los Angeles, on Saturday, September 12.”

If you can’t make the live broadcast, you can tune in to one of the encore performances later this weekend.

The Dominic Fike concert will be followed by another in-game musical event on September 19, and a final show on September 26.

The performers are yet to be revealed for the next wave of concerts later this month, so stay tuned for more information.

To celebrate the launch of the new Spotlight series, Epic has released a brand new outfit in the item shop.

“Get ready to shine at the Main Stage with the debut of the all-new Outfit, Shimmer,” Epic continues.

“Or break out of your shell and flock to the dance with Tender Defender’s return to the Item Shop. It’s the perfect look for when Dominic performs his megahit, “Chicken Tenders” .”

As part of the update, Galactus Gatherer Drones have now appeared on the island. Players will be rewarded for destroying them.

The headline new addition is the addition of Stark Industries to the map. This includes the R&D Lab, as well as the Battle Bus chop shop.

After months of waiting, Sony finally revealed the PS5 price and release date during an event earlier this week. The PS5 has been given a November 12...
Read more