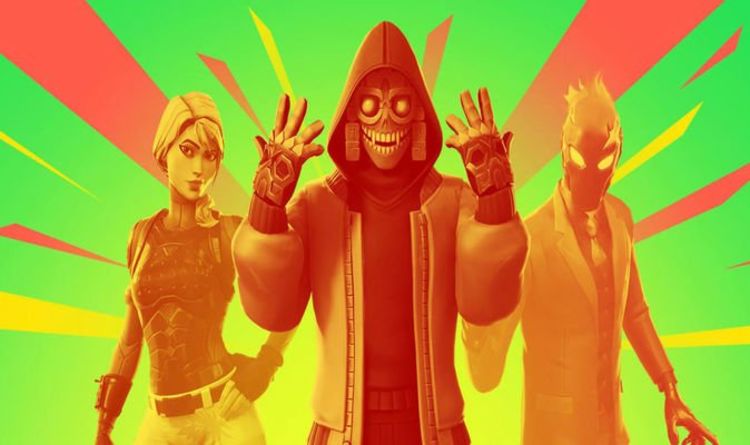 UPDATE: Fortnite servers are shutting down for scheduled maintenance today, starting at 9am BST. For gamers in the United States, Fortnite downtime will begin at 4am ET and could last up to three hours.

A message from Epic Games adds: “Facilitate the action. v14.10 arrives tomorrow, September 10. Downtime will begin at 4 AM ET (08:00 UTC). Please note that the patch size will be larger than normal on PC.”

ORIGINAL: A new Fortnite Chapter 2 Season 4 update is being released today, and that will mean downtime and maintenance.

Servers will be going offline for at least an hour, meaning you won’t be able for a period on PS4, Xbox One, PC, Nintendo Switch and Android.

The good news is that this new patch will include a number of bug fixes and tweaks for gamers who have been hit by recent issues.

The only downside is that Fortnite update 14.10 will be large than usual. Epic Games revealed as much earlier today, meaning gamers will need to find some extra room.

As many Fortnite fans will already know, this latest patch will not be coming to iOS devices, and it doesn’t sound like any changes will be happening soon.

A recent message from Epic Games adds: “Apple will no longer allow users to sign into Epic Games accounts using “Sign In with Apple” as soon as September 11, 2020.

According to Epic Games, update 14.10 will fix a problem with replays not saving on PS4.

The patch will also fix multiple issues with the Glider, a problem with Silver Surfer’s Board, and a rather irritating matter concerning Supply Drops.

Some players have also run into problems when trying to consume or throw fish while in passenger seat.

Epic has already added Ant Manor to the map, as well as The Collection, which is a nod to The Collector’s museum from Guardians of the Galaxy.

According to Epic Games, Fortnite servers are scheduled to go offline on Thursday, September 10, on PS4, Xbox, PC, Switch and Mobile.