Fortnite event time: When is the Fortnite live event? Season 10 The End leaks? 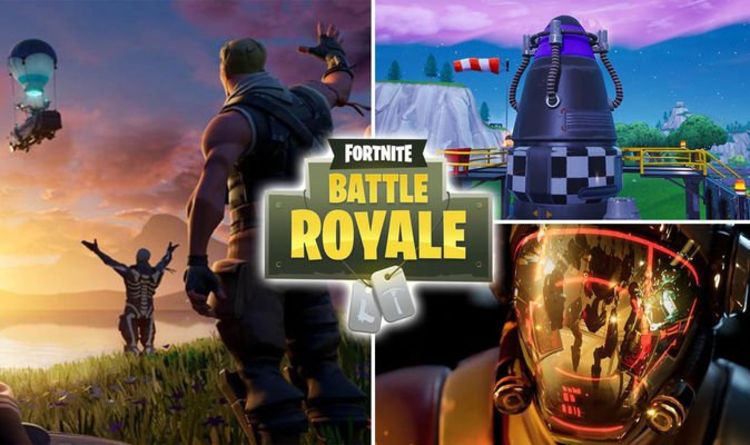 The Fortnite season 10 live event is taking place this weekend, with the major Battle Royale event expected to bring huge changes to the map.

Leaks have indicated that the Fortnite rocket in Dusty Depot is going to play a big part in the upcoming Fortnite live event.

It’s believed the Fortnite event will see major destruction caused to the current Battle Royale map, possibly destroying it in the process.

Rumour has it the Fortnite live event will lead directly into the launch of Fortnite season 11.

This would be the first time that Epic Games has ever launched a new Fortnite season this way, with it typically being released over a week after an event.

But, if the rumours about the Fortnite event destroying the map are true, then this makes sense.

It would be very surprising to have Fortnite players battling it out on a barren, virtually destroyed map for a few days.

Fortnite fans will be able to see all the action unfold when the Fortnite live event kicks off on Sunday October 13 at 7pm UK time.

For those in other regions that’s 2pm eastern time and 11am pacific time.

The Fortnite live event for season 10 is expected to last between five to 10 minutes.

And downtime is then expected to follow, with server maintenance ahead of a new Fortnite Battle Pass launch typically lasting up to three hours.

Previous leaks have indicated that during the Fortnite live event players, at one point, will be transported to a spot where they get a birds eye view.

This will give them a safe distance from the Fortnite island when it eventually meets its expected doom.

Fortnite leaker ShiinaBR previously tweeted: “EVENT LEAK: During the event, the players will be sucked into the Zero Point & will be unable to move (similar to the Butterfly event).

“After being sucked into the Zero Point an currently encrypted Map will be loaded and used for the cinematic.”

While @FNBRUpdates posted: “At some point, all the players will be teleported outside of the map as you can see to the following image below.”

Epic Games looks to be shaking-up how they’re launching the new Battle Pass as season 10 appears to be the end of ‘chapter 1’ of Fortnite.

An Apple App Store listing emerged on Friday that appeared to leak that Fortnite season 11 will bring with it the launch of Fortnite chapter 2.

Artwork was shown of the Fortnite chapter 2 logo along with a sneak peek of the new map that looks set to be coming with the latest Battle Pass.

It’s also been revealed that Fortnite chapter 2 will bring with it a brand new user interface for Battle Royale fans.

Leaker Hypex tweeted: “Ninja just confirmed on his stream that there will be a brand new UI (menu design) he won’t leak it tho lol”.

If you’re planning on watching the Fortnite live event, make sure you enter a match a few minutes before and get to a good viewing spot.

The Fortnite live event’s location is expected to be in the Dusty Depot area.

As always, popular Fortnite streamers will also be broadcasting the Fortnite live event on platforms such as Twitch or Mixer.

So, if you’re having trouble logging into Fortnite around the time of the event then you can always turn to a streamer to watch it live.