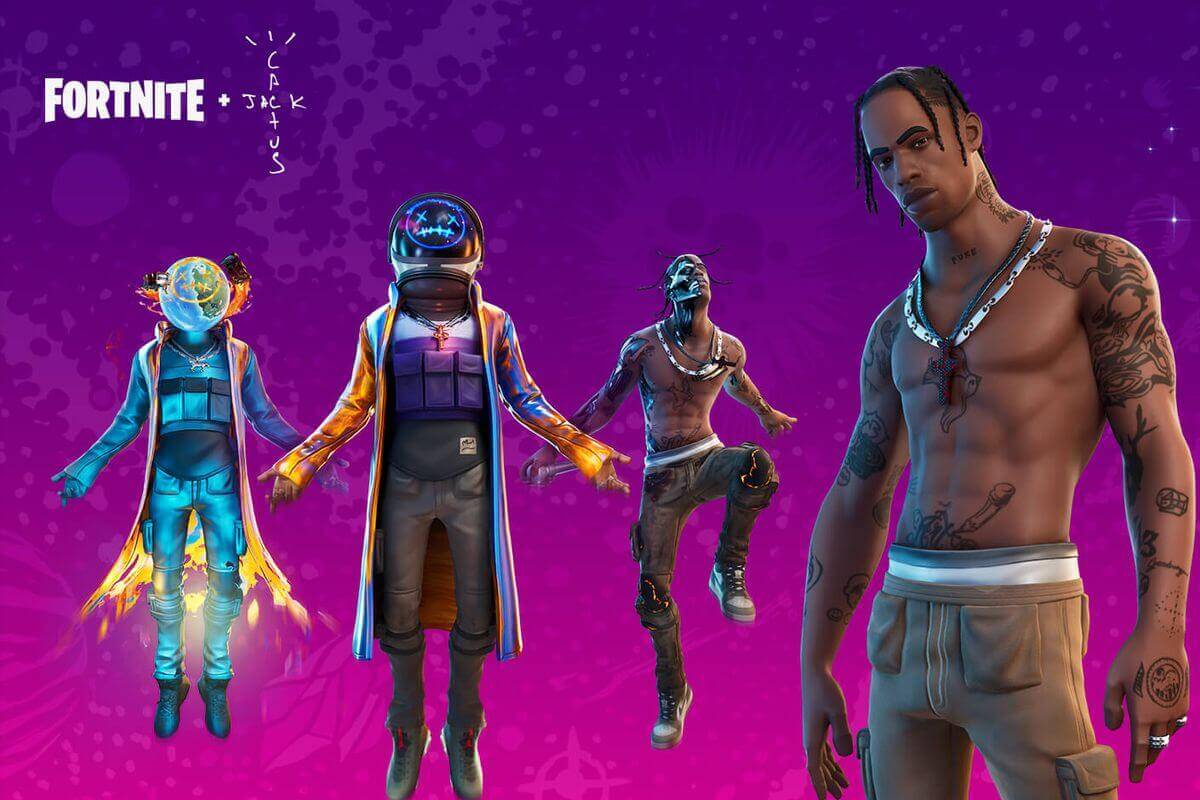 We’re living in a crazy time right now. As everyone huddles inside to stay safe from a global pandemic, Fortnite reaps massive gains within the gaming community. The gentle giant arises once again after a long downturn of nearly zero live events. This time, project Astronomical takes the main stage

Was this Travis Scott event the best Fortnite event of all time? ?? pic.twitter.com/ohV62VhbLp

I highly recommend you to not watch any replay footage if you haven’t watched the event live yet. It’s a different feel when you are physically in the lobby and can see a big boy Travis just feet in front of you

As previously reported, Fortnite officially announced their next major in-game event, this time a collaboration with chart-topping rapper, Travis Scott. Labelled by Epic Games as a “one of a kind musical journey”, the experience will include the world premiere of a brand-new track.

The first performance featuring Travis Scott’s new song “The Scotts” just dropped a few hours ago… and it did not miss expectations. Some players are already touting Astronomical as the “best live event in Fortnite’s history.” This includes an exhausting list of stellar performances not forgetting Marshmello’s Pleasant Park concert last year

Astronomical featuring @trvisXX is coming at you multiple times this week so mark your calendars, you won’t want to miss this!

Once again, don’t feel bad if you missed the live event. There are actually 4 more performances (same concert on replay) throughout the next few days. The last performance will take place on April 26th, and the exact schedule is as follows:

I don’t expect the elevated player populations to level off until next week since the concerts will be going on all weekend. Speaking of which, Fortnite just announced that they reached an all time high concurrent player count as a result of Travis Scott’s monumental performance

Catch an encore performance before the tour ends: https://t.co/D7cfd2Vxcc

12.3 million concurrents was the high point at roughly 7 PM Eastern. Considering the fact that half of the world is asleep when the concert was scheduled, it’s imperative that tomorrow’s earlier performance will encapsulate the Europe, Middle East, Oceania, and Asia audiences

Fortnite is truly changing the game when it comes to online consumption. They’ve been doing live events for a while and these “virtual concerts” are making the best of an unfortunate climate outside the virtual world. Maybe the game can even turn online concerts into a consistent thing to expect with how successful it was