Fortnite is giving away $2,500 gaming laptops if you… eat apples?

1,200 players from across the globe will win some sweet gaming hardware this weekend by participating in an… interesting weekend tournament

In an effort to continue the anti-Apple awareness campaign amidst a high tension legal battle, Fortnite will be giving away roughly $ 1,000,000 worth of gaming hardware across the globe

How will you win? Eating as many apples as you can, funnily enough. In 2 days (August 23rd), Epic Games is hosting the “#FreeFortnite Cup.” The tournament is set to span 4 hours and have a match limit of 12 games

All of your friends. Fabulous prizes. And one bad apple. We’re droppin the #FreeFortnite Cup on August 23.

Check out our blog for full info: https://t.co/BFpiMQoWID

While there is a tournament structure in place, the real prizes come from the whole “eating apples” part. The top 1,200 players (split proportionally among all 7 regions) who eat the most apples will win the following gaming hardware:

The apple eating contest will be divided into two categories: cumulative apples eaten and single game high score. 600 winners will be picked from both sides

The top prize up for grabs is an Alienware Gaming Laptop with an MSRP sticker price of $ 2,500, according to Epic Games. Practically all major devices that support Fortnite are being given away, less any devices under the Apple umbrella

There’s a pretty straightforward strategy when it comes to the highest density apple location. The apple orchard just north of Frenzy Farm is your ticket to the dub 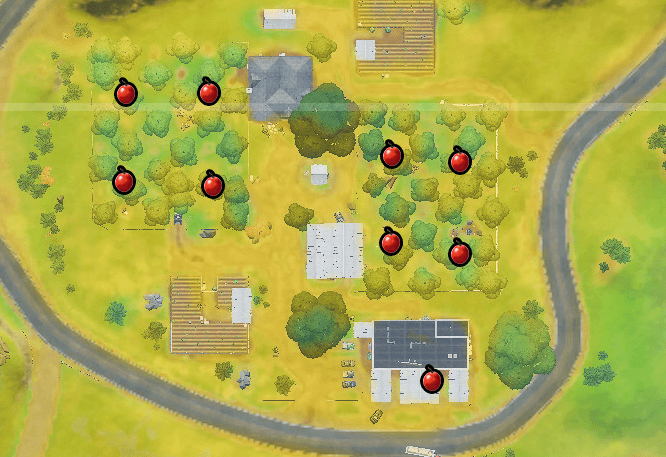 As you can obviously see, there aren’t any other locations that come near the amount of apple spawns at the orchard. One other tidbit to remember: you need to have less than 100 white HP to be able to consume an apple. Jump off a 3 tile high structure to take just over 10 fall damage so you can continue gobbling down those potentially valuable fruit

If you get at least 10 points across your 12 games, you automatically receive the Tart Tycoon outfit. Here’s a preview of how he looks:

Most players should be able to secure 10 points in 12 games. After all, simply being alive for more than 30 minutes across all games is 10 points alone. Just sit in a bush or something

If you perform exceptionally well and land top 20,000 globally (proportionally split by region), you will win a physical “Free Fortnite” hat which will be shipped globally

Do you think you have what it takes to be an apple eating champion? Jump in the battle bus come August 23rd to claim your stake at greatness! Follow us on Twitter for more competitive updates!

james_peskett@tracker.gg (James Peskett) Expect the perfect blend of competition and content as your favorite Fortnite stars go head to head in Ninja Battles. Over the last...
Read more
Gaming

james_peskett@tracker.gg (James Peskett) After some time away from the North American Fortnite scene, Cloud9 are diving back in with multiple high-profile signings. Perhaps most famous for...
Read more

SUSIE NEILSON & DAVE MOSHER, Business Insider NASA has released its first full plan for its Artemis missions, which aim to put the first woman on the...
Read more