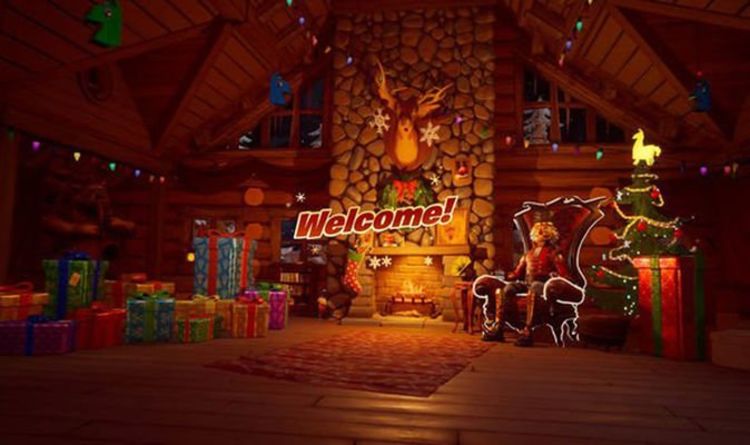 According to leakers, this week will see the release of the Epic Fortnite Polar Legends Pack on all platforms.

And what makes this Fortnite Battle Royale skins bundle a little is that it is rumoured to include a lot of skins.

The term Legends usually refers to popular skins that a lot of players enjoy purchasing.

There have been two previous bundles launched by Epic Games, the Lava Legends and Frozen legends packs.

And now it appears the third will be coming this week, this time themed around the holiday season.

The Fortnite Polar Legends Pack will reportedly include four skins, these being the Frozen Nog Ops, Frozen Fishtick, Codename E.L.F and The Devourer.

The last one is a little special as its a design based on the Monster from previous seasons that will no doubt prove popular again.

There will also reportedly be three backblings to use and the exclusive Devourer emote.

According to the latest news, if you already own the ELF skin featured in the pack, Epic Games will instead provide 1,200 V-Bucks for you to spend on new cosmetic items.

And that’s a pretty good deal considering how many new designs and Epic Games skins are being released over the coming days and weeks.

According to data miners, the Fortnite Polar Legends Pack will have a release date set for December 23, 2019.

This means it should be launched by Epic Games later today, although it’s unclear if internal dates have changed.

Whatever does happen, it seems the Polar Pack should be available this week, making for the next major launch from Epic.

Data miners are also confirming that the Fortnite Polar Legends Pack price has been set at $ 24.99.

And if that is a little pricy for anyone considering it, they can always try their hand at completing some of the new Winterfest events to unlock new cosmetic items.

Every day for 14 days, you may unwrap a new Present at the Lodge. Inside are two Outfits, two Gliders, two Pickaxes, two Wraps, one Emote, and more — all exclusive to this years’ Winterfest.

And if you miss any days, simply come back before January 7 to open them up, Epic Games has confirmed. Here’s the latest news from the development team on Winterfest 2019:

“Don’t forget the stocking stuffers! Hanging on the fireplace of the Winterfest Lodge is a stocking full of more rewards to unlock. Check your stocking each day to get a new Challenge that you can complete for rewards and XP. And as with the Presents, don’t worry if you miss a day — visit the stocking before January 7 and grab all the goodies waiting for you.”

“If you’re feeling nostalgic this holiday season, no need to sit and reminisce: we’re unvaulting lots of weapons during Winterfest! Also, each day from December 18 to January 2, you’ll be greeted with some of your favorite LTMs, including Wick’s Bounty, Arsenal, and more. Plus, Zone Wars will be running throughout the holidays!”